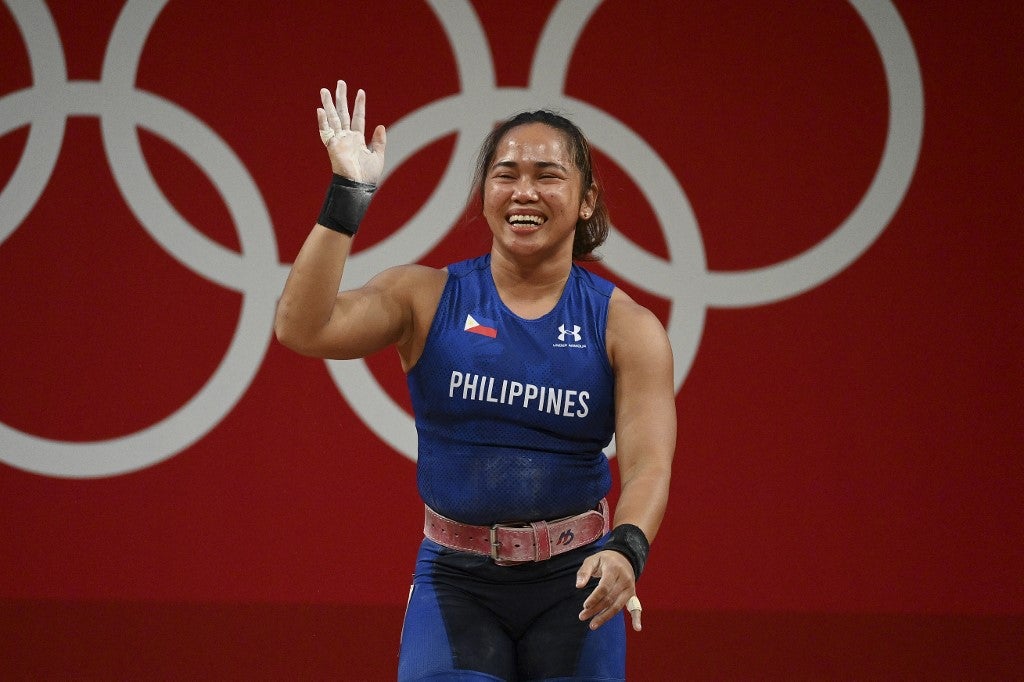 Weightlifting chief Monico Puentevella says another slice of glory in the 2024 Paris Olympics will be the final and fitting cap to his decorated career as a sportsman.

“My only dream left is to win another gold in the Paris Olympics,” the Samahang Weightlifting ng Pilipinas president said on Thursday. “Then, I’m already done.’’

He will leave behind a huge piece of sporting history however, after overseeing the rise of the sport and of Filipino heroine Hidilyn Diaz, the country’s first Olympic gold medalist.

And weightlifting’s ruling body will recognize his efforts.

Puentevella will be enshrined in the International Weightlifting Federation (IWF) Hall of Fame on Saturday, joining the pantheon of lifting greats in a ceremony set in Tirana, Albania.

“To God be the glory. What more can I ask? A gold medal in the Tokyo Olympics and now an enshrinement in the IWF Hall of Fame,’’ said Puentevella, a former chair of the Philippine Olympic Committee and an ex-commissioner of the Philippine Sports Commission.

“This recognition belongs to all our lifters, coaches, officials and my family,’’ he added.

No less than IWF president Dr. Michael Irani and IWF secretary general Mohammed Jaloud announced the groundbreaking development in an official communication to the former Bacolod City mayor and representative.

“It is our pleasure to inform you that you have been elected to be part of the IWF Hall of Fame for your lifetime achievements in the sport of weightlifting,’’ wrote Irani in the memo.

“The inauguration ceremony will be held on 25th June 2022 in Tirana, Albania. We would be delighted if you could join us. Our sincere congratulations,’’ the memo added.

Even before Diaz claimed the first and only gold medal that the country has ever won in the Tokyo Olympics last year, a feat that followed a silver medal in the 2016 Rio de Janeiro Olympics also by Diaz, Puentevella was already at the forefront of weightlifting’s development in the Philippines.

And he intends to continue sustaining the progress by molding the next generation of lifters that could duplicate the rare feat of Diaz.

“Sometimes when you do your job right, not expecting anything, blessings come in many ways. I didn’t expect this. This is for the country,’’ said Puentevella.

The rise of the sport has unearthed several intriguing potentials, including recent Southeast Asian Games gold medalist Vanessa Sarno, who has been Asian champion in the junior and senior divisions. Other future standouts include Olympian Elreen Ann Ando, Kristel Macrohon and sisters Rose Jean and Rosegie Ramos.