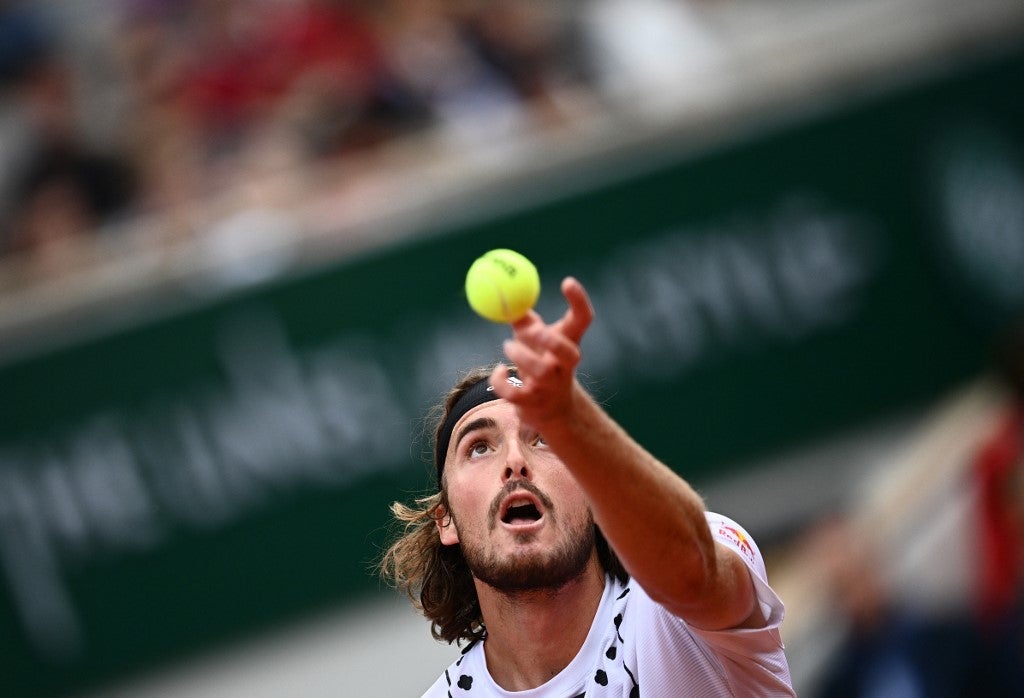 Greece’s Stefanos Tsitsipas serves the ball to Denmark’s Holger Rune during their men’s singles match on day nine of the Roland-Garros Open tennis tournament at the Court Philippe-Chatrier in Paris on May 30, 2022. (Photo by Christophe ARCHAMBAULT / AFP)

Stefanos Tsitsipas said that his victory in the final of the Mallorca Championships on Saturday was a major milestone in his career as the Greek claimed his maiden grasscourt title leading up to Wimbledon next week.

World number six Tsitsipas, who has only enjoyed moderate success on grass, toppled Spaniard Roberto Bautista Agut 6-4 3-6 7-6(2) in a major boost ahead of Wimbledon, where the 23-year-old has never gone past the fourth round.

“It has been a very important and a really wanted win on grass. I won tournaments on clay and hardcourts previously,” said Tsitsipas, who will take on Switzerland’s Alexander Ritschard in the first round at the All England Club.

“Today was probably the most important day of the year for me to be able to get a title that I really wanted.”

Tsitsipas suffered defeats by Andy Murray and Nick Kyrgios earlier in the grasscourt swing but found his range against Bautista Agut, who tried to mount a comeback in the decider after going down 4-1 but was undone by his opponent’s superior quality.

“This was an incredible fight and an incredible battle. I know it can be difficult for one person to deal with the loss, but I think for tennis it is great that we are able to play at this high level,” added Tsitsipas.

Tsitsipas seeks to mix things up on different surfaces