NFL: Kupp says Rams have what it takes to repeat as Super Bowl champions | Inquirer Sports

NFL: Kupp says Rams have what it takes to repeat as Super Bowl champions 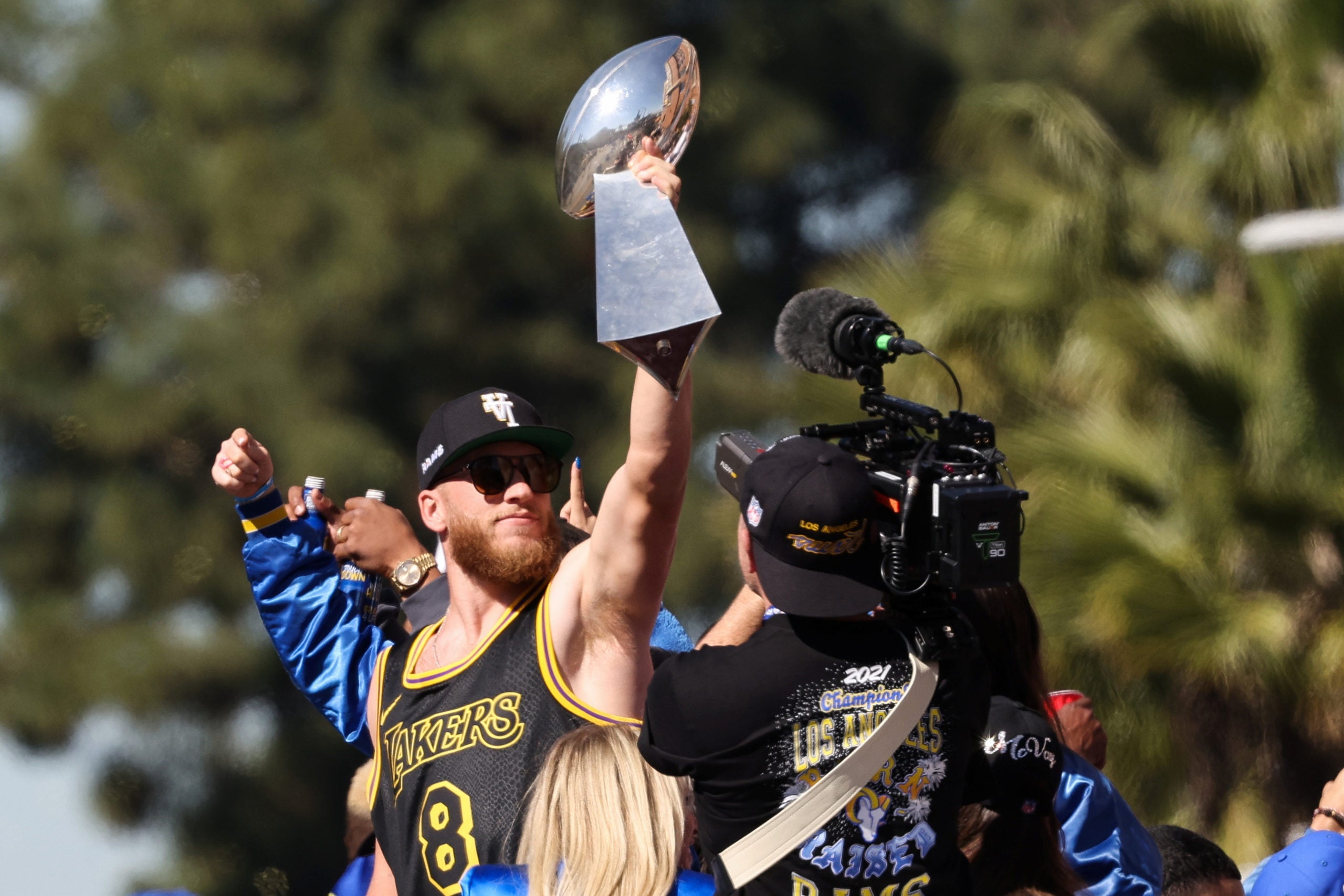 LOS ANGELES – Los Angeles wide receiver Cooper Kupp said the Rams have the passion and personnel to win back-to-back Super Bowls and can do so if they focus on getting better every week.

In his breakout fifth season, Kupp led the league in receptions, receiving touchdowns, and receiving yards and saved his best for last, catching two touchdown passes including the dramatic game-winner to earn Super Bowl MVP honors.

“So much has to go right including things that are outside of your control. All you can do is trust your process and trust that you can put yourself in the best position possible to win.

Kupp, who suffers from seasonal allergies and who has partnered with Pataday to promote their once-a-day eye drops, earlier this month signed a massive three-year, $80 million contract extension with the Rams.

The contract’s guarantee of $75 million is the highest amount of guaranteed money ever given to an NFL wide receiver – not bad for a third-round draft pick out of Eastern Washington.

The selfless Kupp, who wore quarterback Matthew Stafford’s jersey while inking the eye-popping deal, credited his teammates, coaches and family for his success.

“It’s the culmination of so many people who have had a hand in my life and my wife’s as well,” he said.

“That was what was on my mind as we were headed up to the facility to finalize things – how lucky and blessed we have been to have the people in our lives that have touched us and given us guidance.

“I’m just a small piece of the whole. I’m incredibly thankful to be able to secure my family and my boys and their children in the future.

“We don’t take that lightly.”

Kupp, 29, grew up in the small Washington town of Yakima but said he is embracing big city life in Los Angeles.

“It is a long way from Washington but we love it here,” he said.

“It is such an incredible melting pot of people. You see people from all different walks of life.”

With the new contract secured, he said he is looking to give back to the region.

“There’s obviously some great needs in the city of LA and that is something that we’re diving into because we are a part of this community,” he added.