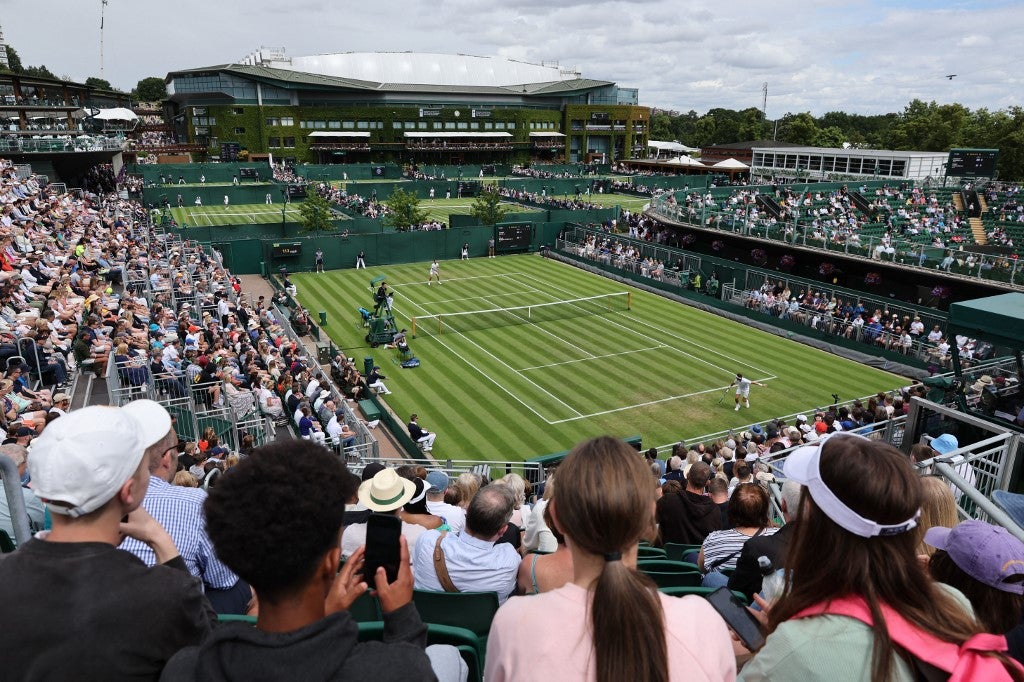 People watch a game on court 2 on the first day of the 2022 Wimbledon Championships at The All England Tennis Club in Wimbledon, southwest London, on June 27, 2022. (Photo by Adrian DENNIS / AFP)

Wimbledon chief executive Sally Bolton said Monday she was relieved the world’s top stars had showed up at the Grand Slam even though no ranking points will be on offer.

Both the ATP and WTA, which control the men’s and women’s tours, removed the points after the All England Club banned Russian and Belarusian players in response to the invasion of Ukraine.

Bolton, who said the decision to ban the players had been “incredibly difficult”, reiterated that Wimbledon organizers were disappointed with the decision taken by ATP and WTA.

“And of course, it punishes all the players so we felt it was disproportionate and I think the quality of the field we have playing in the Championships speaks for itself.”

Former world number one Naomi Osaka, who last month pulled out of Wimbledon with an Achilles injury, had said previously she could skip it over the decision to remove ranking points.

But two-time Wimbledon champion Andy Murray it would “never feel like an exhibition” despite the absence of points.

Bolton said she expected record crowds for the Championships this year, with the tournament switching to a permanent policy of playing on the middle Sunday, which used to be a rest day.

“The history of why we didn’t used to play on middle Sunday was about the courts needing a rest but as grass-court technology, care and attention has improved over many years we arrived at a place where we believe the courts… could withstand 14 days,” she said.

Bolton also welcomed back Wimbledon’s traditional queues for tickets, which did not take place during last year’s coronavirus-disrupted event.

“Hugely significant and actually the fact that we didn’t have it last year I think really emphasised to everybody the significance and importance of it,” she said. “It was hugely missed.

“The reason why the queue is important is not because we think people enjoy queueing particularly in the UK, although traditionally everyone assumes the Brits like queueing, but it’s really about accessibility.”