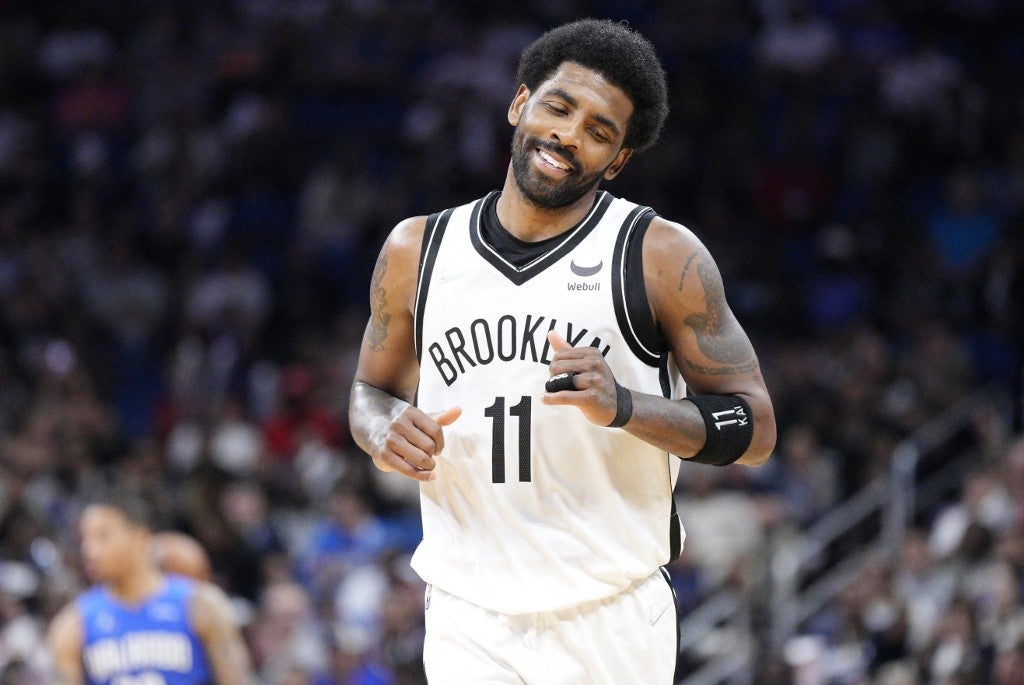 Kyrie Irving #11 of the Brooklyn Nets reacts after scoring against the Orlando Magic in the second half at Amway Center on March 15, 2022 in Orlando, Florida. Mark Brown/Getty Images/AFP

In an apparent change of heart, Kyrie Irving exercised his option with the Brooklyn Nets for the 2022-23 season, The Athletic and ESPN reported Monday evening.

The star point guard’s decision came hours after reports said that he was expected to decline the $36.5 million option — and that the Nets gave him permission to seek a partner for a sign-and-trade.

Instead, Irving will return for his fourth season in Brooklyn.

“Normal people keep the world going, but those who dare to be different lead us into tomorrow. I’ve made my decision to opt in. See you in the fall. A11even,” Irving said in a statement to The Athletic.

The Athletic also reported that Irving passed on “multiple opt-in and trade scenarios” to see out the rest of his original four-year contract with the Nets.

Irving faced a Wednesday deadline to exercise the option. His decision means that he is eligible to sign a long-term extension with the Nets until Thursday.

The Nets made Irving a “real offer” on a long-term contract in the past week, per ESPN, but are hesitant to offer a new four-year deal.

ESPN reported Monday that the Los Angeles Lakers were the only team with known interest in a sign-and-trade deal. The Lakers had only the $6 million mid-level exception to offer Irving and likely would have needed a third team to help facilitate any trade with the Nets.

Irving averaged 27.8 points and 5.8 assists per game in 2021-22, though the sample size was limited due to his stance on the COVID-19 vaccine. Irving wasn’t allowed to play home games until the final month of the regular season.

Irving reportedly provided the Nets a list of teams to whom he would approve a sign-and-trade deal, which caught Kevin Durant’s attention, reports said. Durant is not expected to seek alternatives now that Irving is remaining with the Nets.