But he will respect whatever the decision of their star outside spiker, who graduated with a degree of Bachelor of Science in Tourism Management major in Travel Operations and Service Management Wednesday last week.

“That’s an open-ended discussion. Until such time, [Eya] will be the one to say that she will be back and play for the next season or she will turn pro. We will give it to her,” Reyes told the reporters in Filipino during Premier Volleyball League’s guesting in the Philippine Sportswriters Association (PSA) Forum on Tuesday at Century Park Hotel.

After the Tigresses got eliminated by the Ateneo Blue Eagles in the stepladder semifinals, Laure admitted that she’s still undecided whether she will return for Season 85 next year.

The 23-year-old spiker has at least one more season if she decides to stay with UST, where she has to take up a master’s degree for her to be eligible.

“There are a lot of people convincing her to play one more year.  For me, I want her to play,” the UST coach said. “Again, she’s matured. She knows what’s good for her. If she wants to fulfill something in her collegiate life, and settle unfinished business, I will support her. I don’t want her to have regrets in life.” 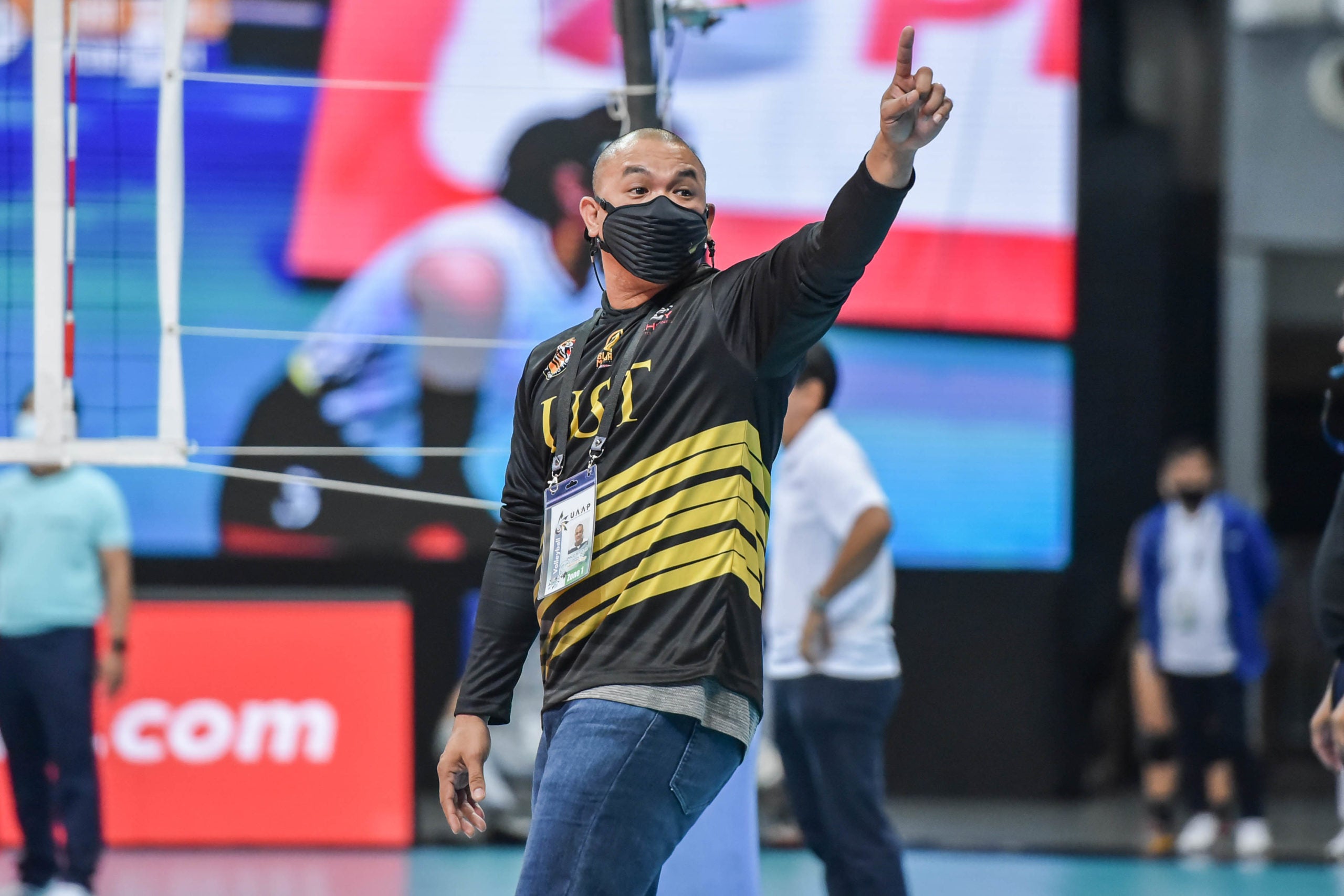 The UST coach and his wards, including Laure, had a team trip in a hotel in Subic from their sponsor, Chery Tiggo, as a post-season bonding.

The top scorer of Season 84 flew to Dipolog to take a break after a grueling bubble tournament.

“Let’s give her enough time to decide. Maybe another two weeks for her to decide. Her plan is to improve her skills and strengthen her body regardless if she stays or turns pro,” Reyes said. “We’ll support her whatever her decision will be. For now, she is on vacation.”

Even if Laure decides to bid farewell, her longtime coach is grateful for giving her teammates, like Imee Hernandez, Ypril Tapia, Ysa Jimenez, and Camille Victoria, the experience to play in the semifinals.

During Laure’s rookie year in 2019, she and Sisi Rondina led the Tigresses to the finals but settled for silver after losing to the Blue Eagles in Game 3.