After ‘awkward’ EASL board meeting, Chua says poaching of local talent source of pride and pain 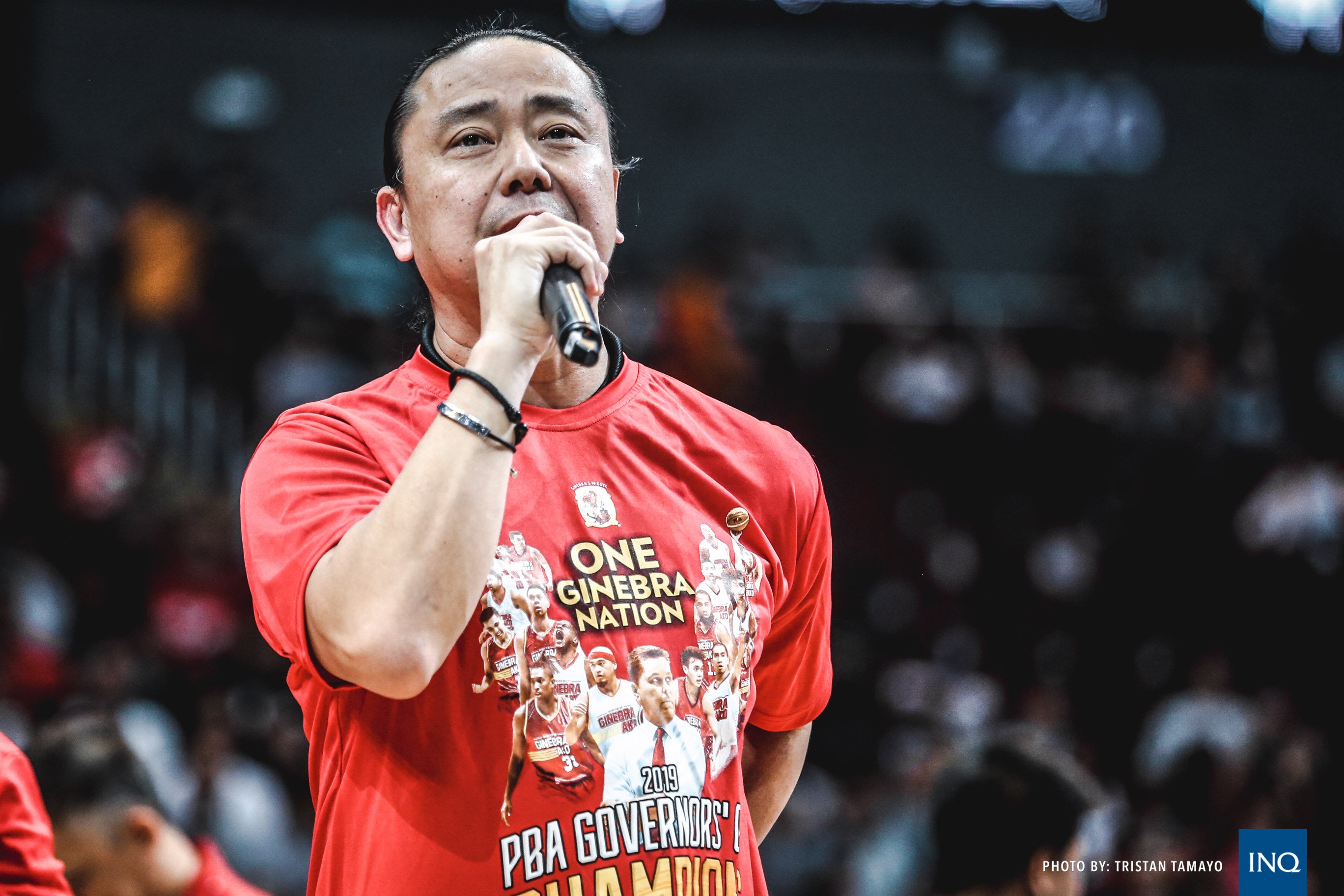 Actually, it was awkward.”

That was Alfrancis Chua’s candid response when asked about rubbing elbows with counterparts from neighboring leagues during the East Asia Super League’s (EASL) draw ceremony on Tuesday at Shangri-La The Fort.

“I’m part of the [EASL] board and we’re dealing with Korean guys, their commissioner and Japanese guys. And they’re the ones [recently] getting Filipino talents,” he added in a chat with the Inquirer.

Players being recruited by clubs from neighboring leagues have been, without a doubt, a source of pride. On the other hand, Chua, who also oversees three Philippine Basketball Association (PBA) clubs under the San Miguel Corp. banner, couldn’t help but feel a bit frustrated.

“It’s amusing that they admire Filipino players. But it’s also annoying that they’re recruiting them. You know, if you’re far removed from the PBA side, you’d be feeling proud that Filipinos are being tapped as imports. But if you’re a part of the league, it’s a bit frustrating,” he said.

“Awkward, because you’re seated beside them and you have no idea whether they’re already trying to recruit your players,” he went on. “I’ve got mixed feelings.” Top-flight prospects who were expected to enter the PBA pipeline have been recruited by Japan’s B.League, namely Thirdy Ravena and Justine Baltazar. Former TNT star Ray Parks Jr. is set to have another tour of duty in the Land of the Rising Sun, while NLEX playmaker Kiefer Ravena is believed to be spending another season there.

On a personal level, Chua is also dismayed by the fact that neighboring leagues are also trying to lure even younger players.

“It hurts because there are also young players who are no longer able to finish their studies because they’re [headed overseas]. These are first-year, second-year students and they’re already being recruited. I’m just worried because, as I’ve told [several young people], basketball is but a stepping stone—that later in life, education is still important. But I heard they’re saying it’s for money? I guess you can’t keep people from going for that,” he added.

Earlier this month, Ateneo guard SJ Belangel and Far Eastern U playmaker RJ Abarrientos announced that they are going to turn pro in the Korea Basketball League.

However, Chua, who was named as the PBA’s representative in the EASL, feels that what casual fans view as a “talent drain” is all but temporary.

“I think it’s all experimental, what [these neighboring leagues] are doing. We don’t know whether it’s for talent or for marketing. I’m just being straightforward,” he said.

“I think trying to get [a Filipino] as an Asian import [is trying] to get Filipino fans to watch their games. There have been several who went home already, there have been some who are staying there. So let’s see,” he went on.

Chua feels that was also similar to the PBA’s 2015-16 season when the league also opened up import slots specifically for Asians.

“But again … it didn’t click. Do you know why? Sorry to say, but Filipinos are simply better players,” he said. “[The foreigners] weren’t utilized that much, especially considering the language barrier. So it just didn’t click. Filipinos are also being recruited because they can speak English anywhere.

“By doing this EASL thing, perhaps we can all sit down as a board, and we could discuss what’s really happening,” he said.