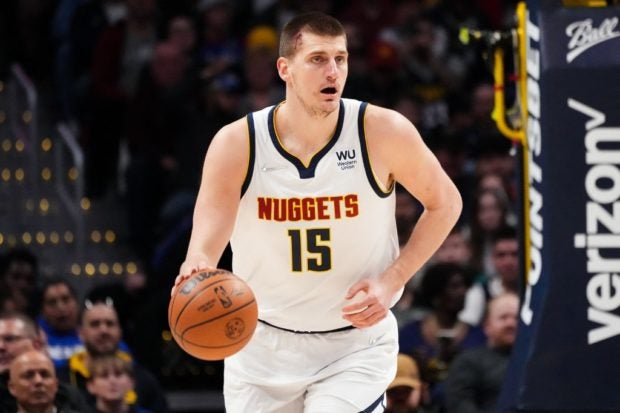 Nikola Jokic of the Denver Nuggets  (Getty Images via AFP)

Nikola Jokic and the Denver Nuggets agreed Thursday to a five-year deal worth $270 million, the richest contract in NBA history, his agents said on Friday.

Jokic’s base contract covers four seasons and begins with the 2023-24 season at a salary of $46.6 million.

ESPN reported the fifth year of the new deal is a player option for the 2027-28 season worth at least $61.1 million, meaning he’s under contract for the next six years at a total of $303 million.

“I don’t know what else you can say about Nikola at this point,” Denver coach Michael Malone said. “He’s consistently improved his game, he’s consistently proven people wrong when they doubt him and he’s consistently the best player on the floor night in and night out. I’ve said it many times before, I’m extremely grateful to coach Nikola Jokic and just as grateful for the bond that we’ve built off the court in our seven years together.”

Jokic typically downplays his success but he is well aware he is now running with great company after a second MVP award.

“Right now, I don’t think about it,” Jokic said of winning the award. “But when I’m old, fat and grumpy, hopefully I’m going to remember and tell my kids that back in the day I was pretty good at playing basketball.

“Everybody knows I’m the same guy so hopefully I’m going to stay the same after this. Just to be in that company of Wilt and all the guys that made history in this league and this sport. That tells a lot and means a lot to have a legacy like that.”