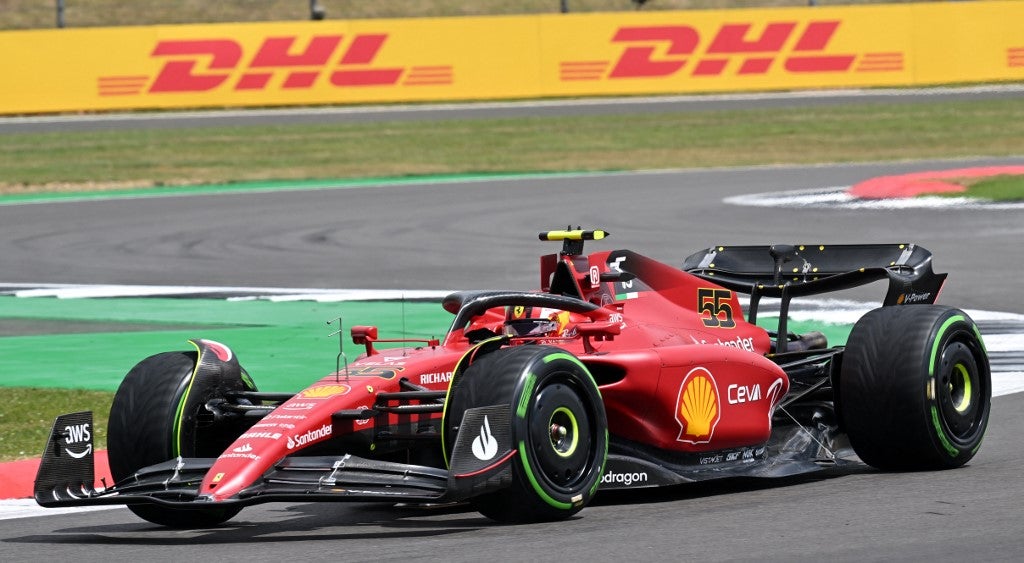 SILVERSTONE, England—Ferrari’s Carlos Sainz kept crowd favorite Lewis Hamilton off the top of the timesheets in second practice for the British Grand Prix on Friday.

“I think we know what we need to work on, and we’ll do that overnight,” said Verstappen.

“It looks like it’s going to rain during qualifying tomorrow, so there’ll be different conditions compared to our sessions today.”

Hamilton, winner a record eight times at Silverstone, told his team over the radio that something appeared to have fallen off the floor of his car at turn nine towards the end of the session.

Mercedes have brought some major performance upgrades to Silverstone, hoping to provide Hamilton and teammate George Russell with more competitive cars after bouncing problems this season.

“It has been a good day,” said Hamilton. “It’s bouncing still, not necessarily in a straight line but through the corners it’s pretty harsh. Not physically harsh but just like in the car, on the tyres and everything.

“We’ve still got work to do but it feels like a small step forwards.

“Our long run pace isn’t as good as the other guys but it’s not miles off.”

Russell, eighth but on a different program to Hamilton, said there were some positive signs but also room for improvement, with race pace usually much stronger than qualifying.

Verstappen leads Mexican teammate Sergio Perez, who was seventh fastest in the second session, by 46 points after nine races.

“I think from our preparation that we had and simulator, the car is miles off. So we assume that there’s something going on that we need to understand,” said the Mexican.

“We are a bit on the back foot, so we just have to understand what’s going on with it.” Valtteri Bottas had led a damp and largely meaningless first practice, with half the field including Verstappen failing to set a time.

Bottas did only nine laps and clocked a comparatively slow time of 1:42.249 seconds in his Alfa Romeo, with Hamilton second but 0.532 slower.

They were the only two to set a time on slicks at the end of that session, with others on wets on an afternoon of classic British summer weather with showers and the sun occasionally poking through.

The fans packed in regardless, 106,000 attending on Friday with more than 400,000 expected over a sellout three days at Silverstone compared to last year’s attendance of 356,000.

That would make it the biggest three-day attendance at a sporting event in Britain.

The opening session was red flagged with a minute to spare after Canadian Lance Stroll beached his Aston Martin in the gravel run-off at Copse.

Formula One also trialed a new ‘pedal cam’ camera mounted inside the footwell of Lando Norris’s McLaren, the first time that camera angle had been used since the 2000 Belgian Grand Prix.

The sport said it aimed to assess the technology and roll it out across the grid in future races to give insight into the drivers’ work in the cockpit, adding to the ‘helmet cam’ feature.

Read Next
F1: Lewis Hamilton can win at Silverstone, says Mercedes team boss
EDITORS' PICK
Karding damage to infrastructure at P23M
House energy committee chair Arroyo bats for cheap electricity
Reignite your passion with the vivo Y35
Individuals affected by ‘Karding’ now over 157,000
Bongbong Marcos says PH ‘open for business’ with new Clark Airport terminal
Newbie gamers are in for a treat with the power-packed feature of vivo Y16
MOST READ
LPA enters PAR, may develop into tropical depression
Angelica Panganiban ‘duguan, sugatang mom’ one week into breastfeeding
Security guard shoots 2 other guards dead inside Makati subdivision
Badoy not with Office of the President, NTF-Elcac, under Marcos admin — solon
Don't miss out on the latest news and information.