Thirdy, Parks among those eyed by banged-up Gilas for Fiba Asia Cup 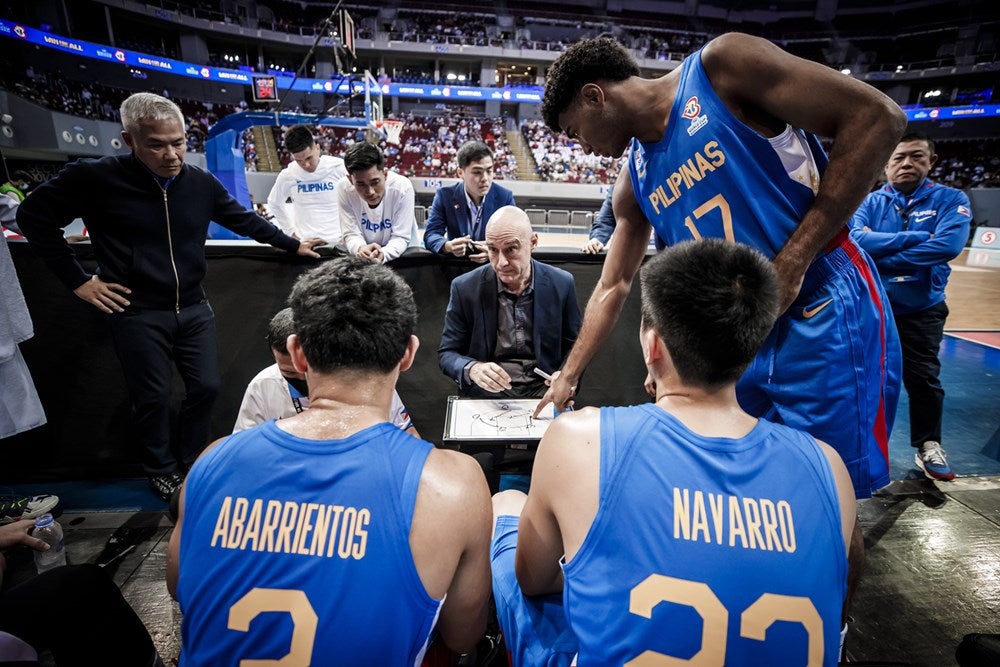 Gilas Pilipinas huddle during a timeout in the Fiba World Cup Asian Qualifiers against India at Mall of Asia Arena. Photo by Fiba

MANILA, Philippines—Gilas Pilipinas program director and head coach Chot Reyes is looking at Thirdy Ravena, Bobby Ray Parks Jr., and TNT players to add to the national team for the Fiba Asia Cup 2022 from July 12 to 24 in Jakarta, Indonesia.

“There are a couple more we’re looking at, Ray Parks, Thirdy Ravena, we’re seeing if we can get another big,” Reyes told reporters Sunday.

But Reyes, in particular, stressed the Philippine team’s need for another center with Geo Chiu being the lone man in the middle with naturalized big man Ange Kouame still recovering from a partial ACL tear.

Kai Sotto is also unlikely to join the team, according to Reyes. Ricci Rivero was also reported to be called up.

“What the team needs is another big. You can’t have Geo Chiu as the only center,” he said.

Reyes is also eyeing to add players from TNT, which only has two elimination games left in the PBA Philippine Cup.

“Of course, Troy Rosario was supposed to be there, but he’s injured as well,” he said. “That’s  a problem that we have to continue looking at and take into account, what the team needs.“

The Filipinos missed the presence of Kouame after New Zealand dominated them 106-60 last Thursday in a game the Kiwis bullied their way to 52 points in the paint.

Gilas Pilipinas, which was down to 10 men after Dave Ildefonso’s injury, rolled past India, 79-63, in their last game in the third window of the Fiba World Cup Asian Qualifiers on Sunday at Mall of Asia Arena.

Reyes also said players from the current roster are not yet shoo-ins for the Asia Cup.

“If we have 11 and two or three coming in, you have 14 so we have to make decisions on two others,” he said.

Reyes will join Nenad Vucinic on the sidelines in the Asia Cup as both of them will share insights and call the shots.