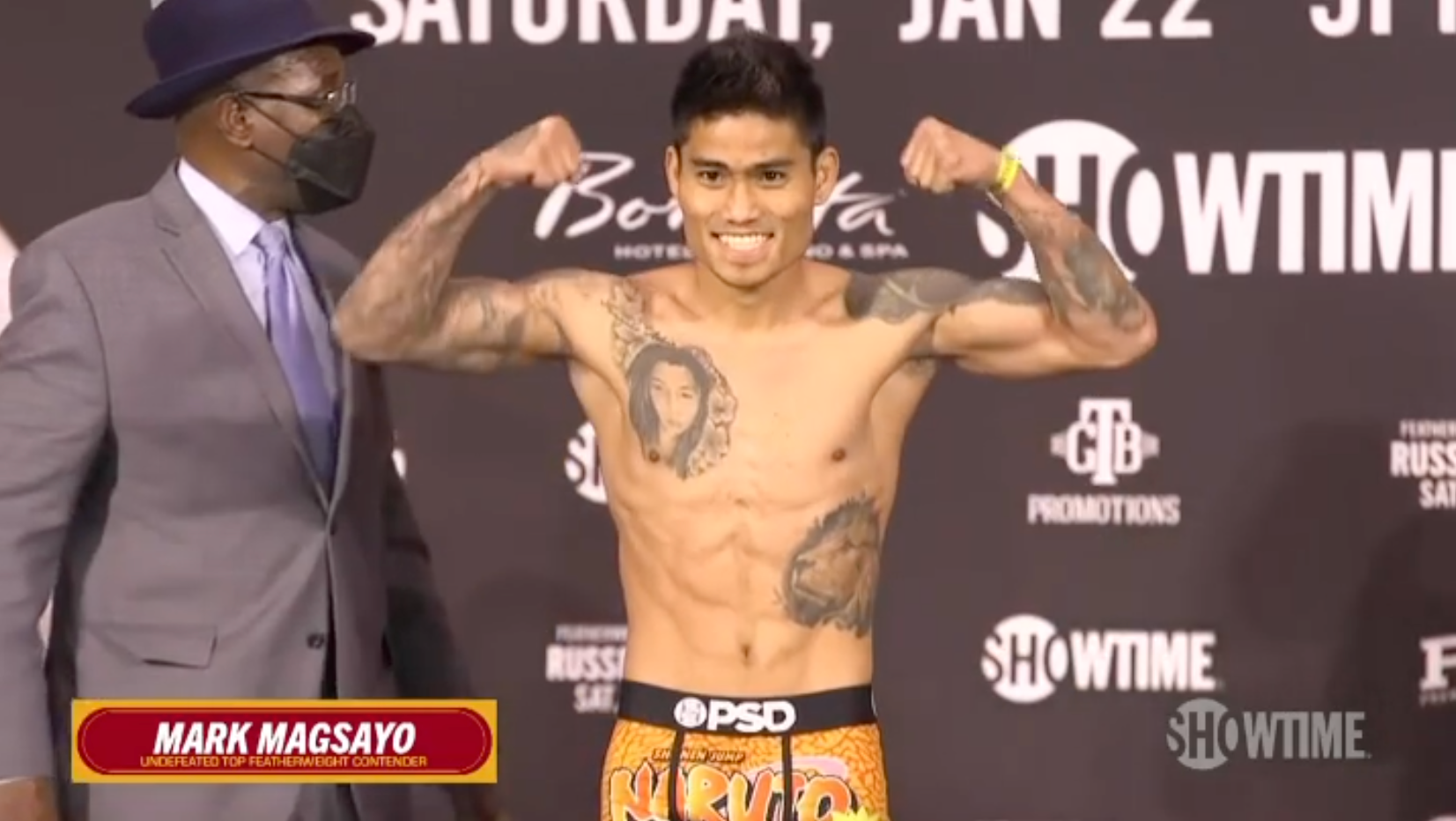 MANILA, Philippines—Mark Magsayo may have to put on some running shoes against Rey Vargas as he expects to chase after the Mexican challenger in their world title fight on July 9 at Alamodome in San Antonio, Texas.

If Magsayo will have his way, however, it would be to his advantage if Vargas decides to be more willing to exchange punches.

Magsayo (24-0, 16KOs) sees similarities in the style of Vargas (35-0, 22KOs) and Gary Russell Jr., whom he dethroned to win the WBC featherweight belt in January.

“To win this fight, I’ll have to use my footwork,” said Magsayo.

Magsayo beat Russell by majority decision in a fight where the crafty American was still able to make life difficult for the Tagbilaran City native despite mostly fighting with just one arm due to a right shoulder injury.

The 27-year-old Magsayo, who’s under the guidance of Hall of Fame trainer Freddie Roach, assured he’s prepared to handle any kind of style Vargas shows up with in their Showtime main event.

“I saw his training, his sparring,” Magsayo said. “He’s always [going] backward, backward, staying away from his opponent. In the gym, we’ve trained for different styles – slugger, a brawler fighter and a [boxer]. Whatever his style is in this fight, we’re ready.”