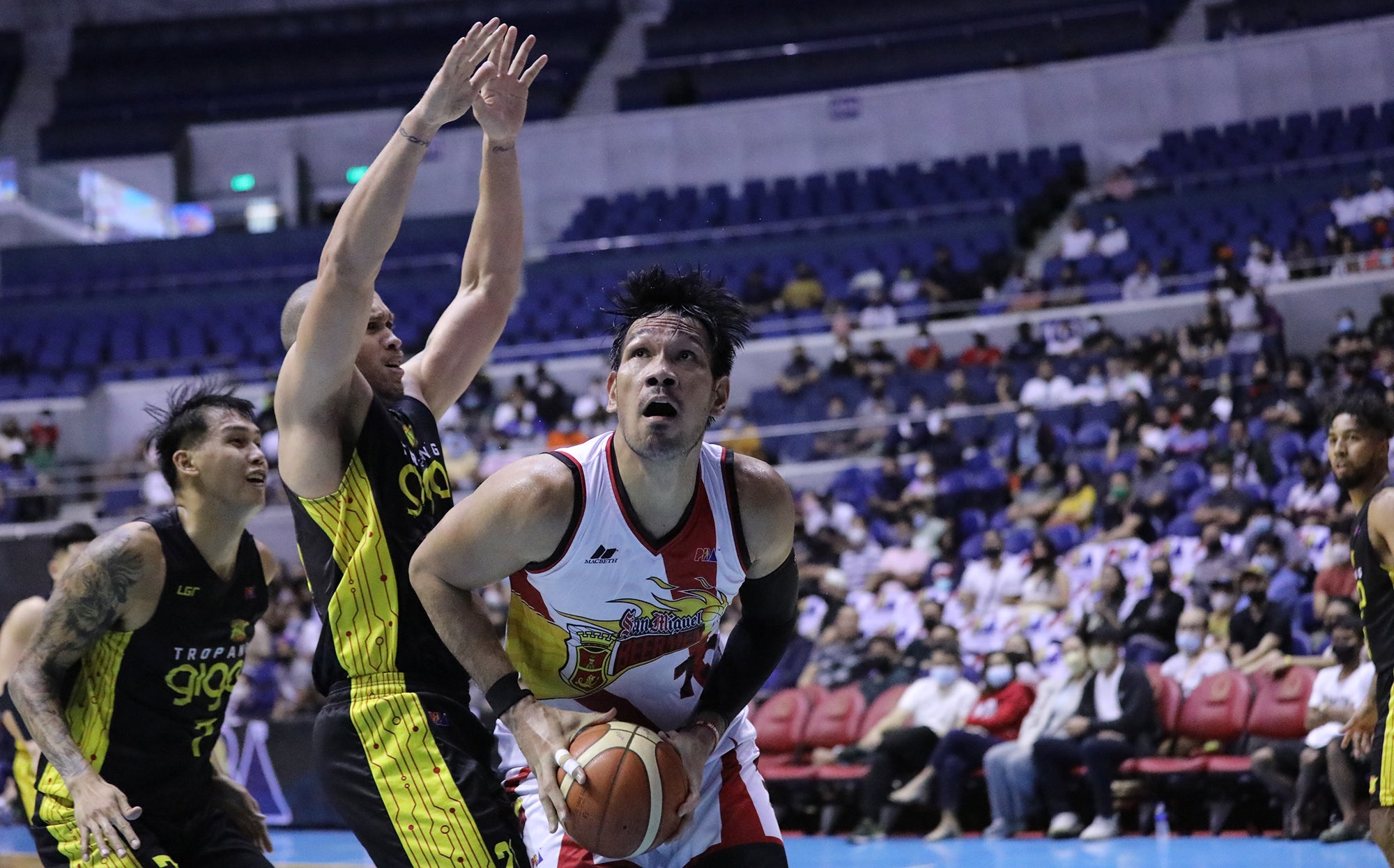 MANILA, Philippines–San Miguel Beer used a big second half to pick apart TNT, 115-99, in the battle of title favorites in the 2022 PBA Philippine Cup Thursday night at Smart Araneta Coliseum.

June Mar Fajardo and Jericho Cruz combined for 60 points to help the Beermen pocket a fourth straight victory to regain solo leadership of the race with a 7-1 record and manufacture a massive morale boost at the expense of the defending champions entering the elimination round’s homestretch.

“This is the most important in the eliminations because this will determine our fate in this tournament. We’re looking for the 1 and 2 spots. Right now, we’re doing good. Hopefully, we could sustain it. We’re trying to avoid any complication with ties in the top two because we were a victim of the quotient system last time,” added coach Leo Austria. Fajardo dropped 30 points as well and added 16 rebounds and three assists to his name, while Simon Enciso, CJ Perez, and Rodney Brondial scored at least 12 points in the effort.

TNT got the goods from Kelly Williams, who finished with 20 points. Jayson Castro chipped in 17 more into the losing stand that dealt the Tropang Giga their third loss in 10 meetings.

San Miguel plays resurgent Blackwater next in a showdown set this Sunday also at the Big Dome.

TNT, meanwhile, hopes to end its elimination round campaign on a triumphant note against another juggernaut, Barangay Ginebra, later in that double-header.