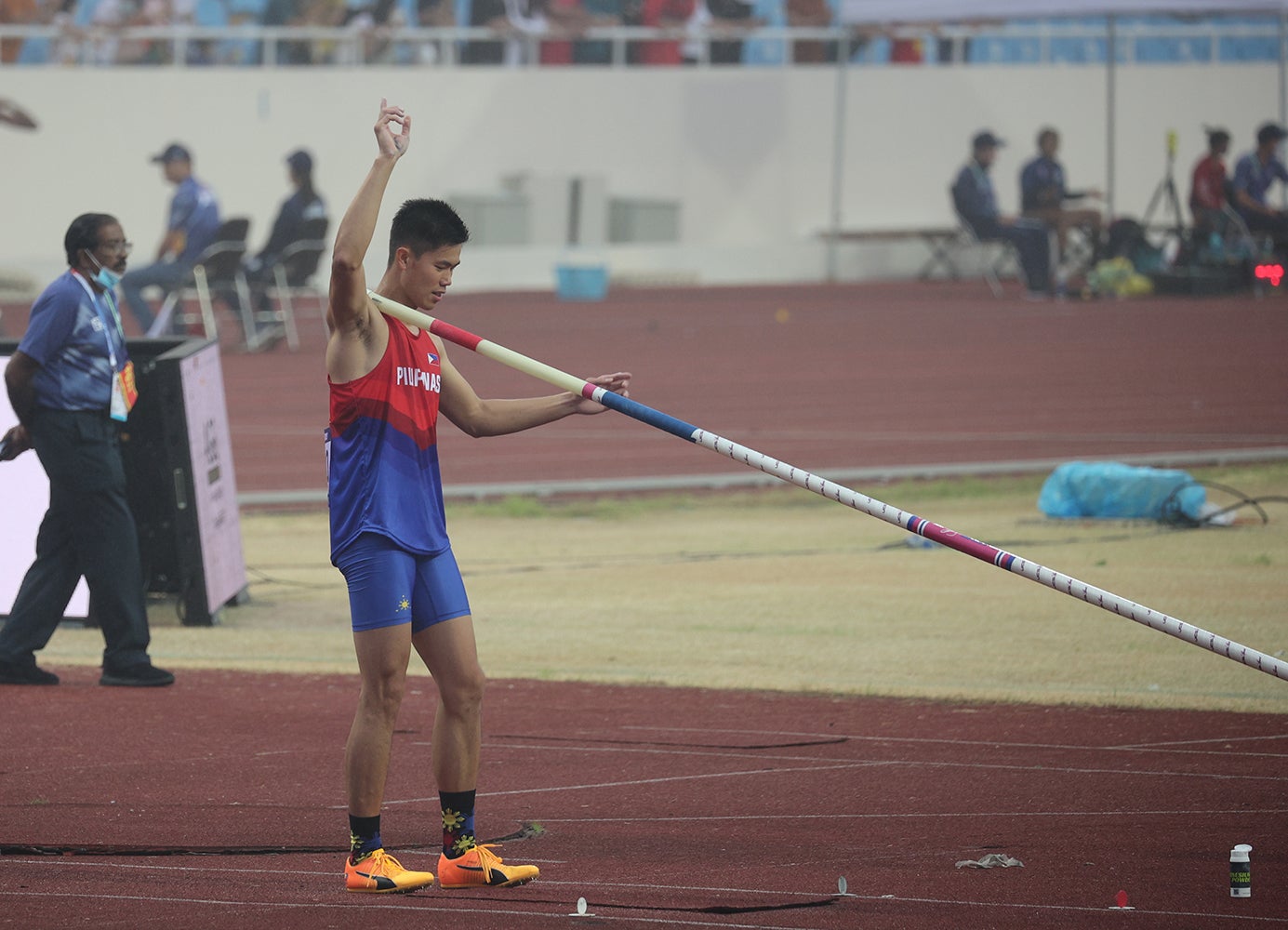 MANILA, Philippines–For the Philippines, a single entry could be enough to land a historic medal in the 2022 World Athletics Championships.

While all 83 countries are set to bring most, if not all, of their finest tracksters to the Eugene, Oregon meet this weekend, pole vaulter EJ Obiena will be the lone Filipino entry on the grandest stage in global track and field.

But it will certainly not hamper the thrust of the 6-foot-2 Tokyo Olympian to clamber onto the medal podium of his event, being the No. 4-ranked men’s vaulter in this year’s world outdoor list.

A definite medal contender, Obiena’s 5.92-meter effort in the current outdoor ranking could propel Team Philippines to its first-ever podium finish in the worlds scheduled July 15-24.

The biennial world championship organized by World Athletics is the highest level of competition in senior international outdoor track and field alongside the Olympic Games.

“Keep jumping, keep improving. With God’s grace and determination, we’ll soon reach our goal,’’ Obiena posted on his Facebook account after winning two of his last three outdoor contests in a week’s span prior to his US trip.

6th for the year reppin' the Philippines. Keep jumping, keep improving. With God's grace and determination, we'll soon get to reach our goal.

The Asian record holder who cleared 5.93m in Innsbruck, Austria on September 11 last year ruled the Taby Stavhoppsgala in Sweden and defended his title in the Jump and Fly in Hechingen, Germany, capping his world championships preparation.

Obiena, named recently as an Outstanding Manilan in the field of sports, also struck gold in the European City of Sports in L’Aquila, Italy at the start of his outdoor campaign two months ago.

The evident wrinkle, however, was Obiena’s sixth finish in the recent Diamond League where his toughest rivals were present and ruled by world champion Mondo Duplantis before his countrymen in Stockholm, Sweden.

Duplantis is the reigning Olympic champion and world record holder of 6.16 meters.

Obiena will find himself alone in the coming worlds after Filipino-American hurdler Eric Cray wasn’t able to meet the cut in the men’s 400m hurdles.

Cray, still indisputable in his pet event for five Southeast Asian Games in a row, compiled 1175 points and ranked 43rd among 400 hurdlers in the World Athletics point system where only the top 40 earned the right to book a trip to Oregon.