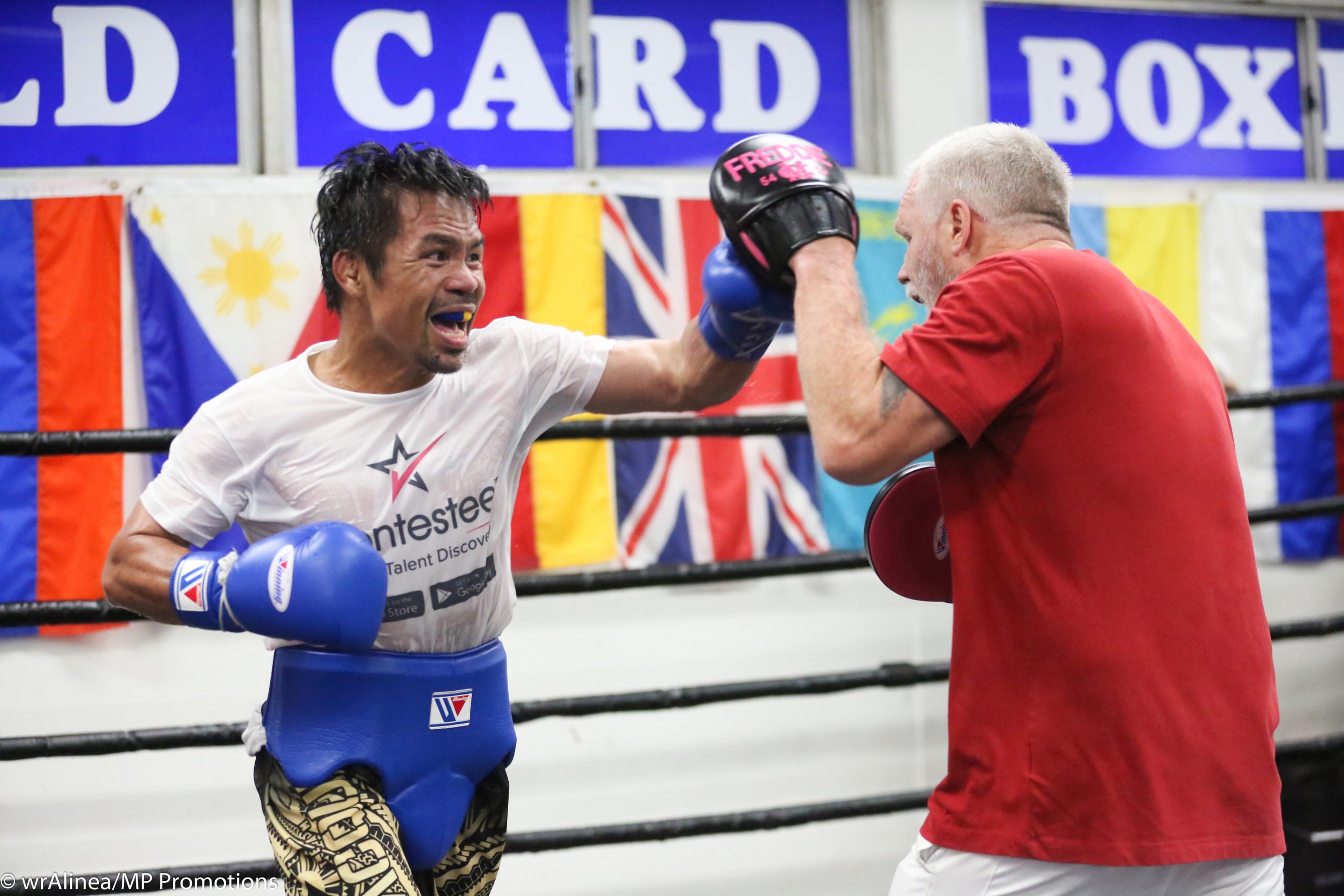 Pacquiao retired last August after a stunning loss to Yordenis Ugas of Cuba.

Although Pacquiao hasn’t been in the ring since announcing his retirement, the Filipino boxing icon is slated for an exhibition fight against Korean martial artist and YouTuber DK Yoo.

“I think he’s finished [with boxing],” Roach said in an interview with BoxingScene.com on Sunday.

“I don’t think he has anything more to prove. He’s done everything he can, I feel. He doesn’t owe anything to anybody.”

But in the event that Pacquiao has a change of heart, Roach still wants to be in his corner just like old times.

“If he does wanna come back and fight again, I hope he picks me as his trainer,” said Roach, who had Pacquiao under his watch for over two decades.

Pacquiao is as accomplished as they come as boxing’s only eight-division champion who fought the best of the best.

“Right now, he’s traveling,” Roach said. “He likes going to different cities. He brings his family and his wife with him. He likes to travel. He’s doing something he enjoys. His wife doesn’t want him to fight anymore, from what I hear. If he calls me and asks me, I’ll tell him, ‘You don’t need to prove nothing to anybody in the world,’” Roach said.

“If he’s willing to come back, I’d like to help him and wish him the best of luck. But his wife and everyone doesn’t want him to come back. There’s a lot more people that feel he doesn’t need to come back. What does he have to prove? He’s already been there.”

Whether or not Pacquiao decides to return, Roach will continue to have one Pacquiao training in his famed Wild Card Gym.

“His son is fighting out of my gym now. So, it’s nice to have him there. I mean, he’s not Manny Pacquiao, but he’s trying,” said Roach, referring to Jimuel Pacquiao who has had several amateur fights in the United States.