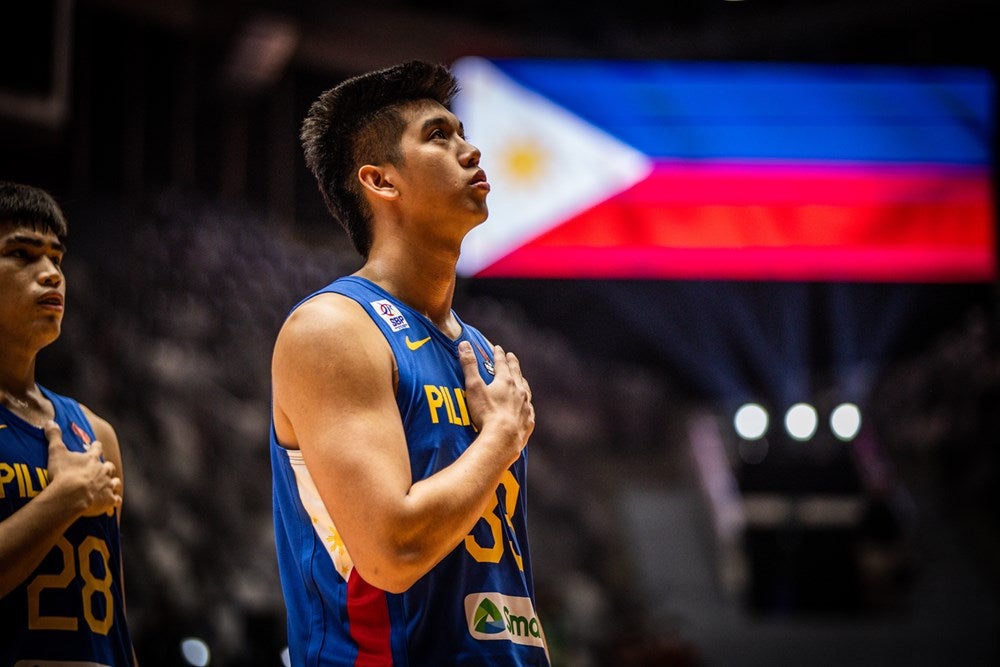 MANILA, Philippines — After igniting Gilas Pilipinas’ late fourth quarter rally, Carl Tamayo said it was too late when they did the right things against Lebanon.

The 6-foot-7 forward refused to give up when Lebanon tallied a 22-point spread and made a last-ditch effort for the Philippines, unloading 10 of his 15 points in the fourth only for Gilas Pilipinas to fall short, 80-95, in their first Group D match on Wednesday at Istora Senayan in Jakarta, Indonesia.

“I think it was too late when we were doing the right things. When we’re down by 20 in this kind of game, it’s kind of hard to cope with that kind of lead,” said Tamayo, who also collected six rebounds, three blocks, three assists, and a steal.

Trailing 82-60 with 8:18 remaining, Tamayo scored seven of the Filipinos’ 11 straight points before SJ Belangel’s three-point play trimmed it down to just nine, 83-74, with 4:42 to play. But Hayk Gyokchan and Wael Arakji came to the rescue for the Lebanese.

The University of the Philippines rising star believes Gilas has to improve its composure moving forward in the continental tournament.

“I think we have to improve our composure especially when the pressure is coming to us. We’re a young team and those are the things we need to learn and adjust,” the UAAP rookie of the year said.

Tamayo vows to bounce back against India on Friday at 4 p.m. (Manila time).

“We fell short tonight but we will keep on fighting. It’s not the end for us. We will play until the end,” he said in Filipino.