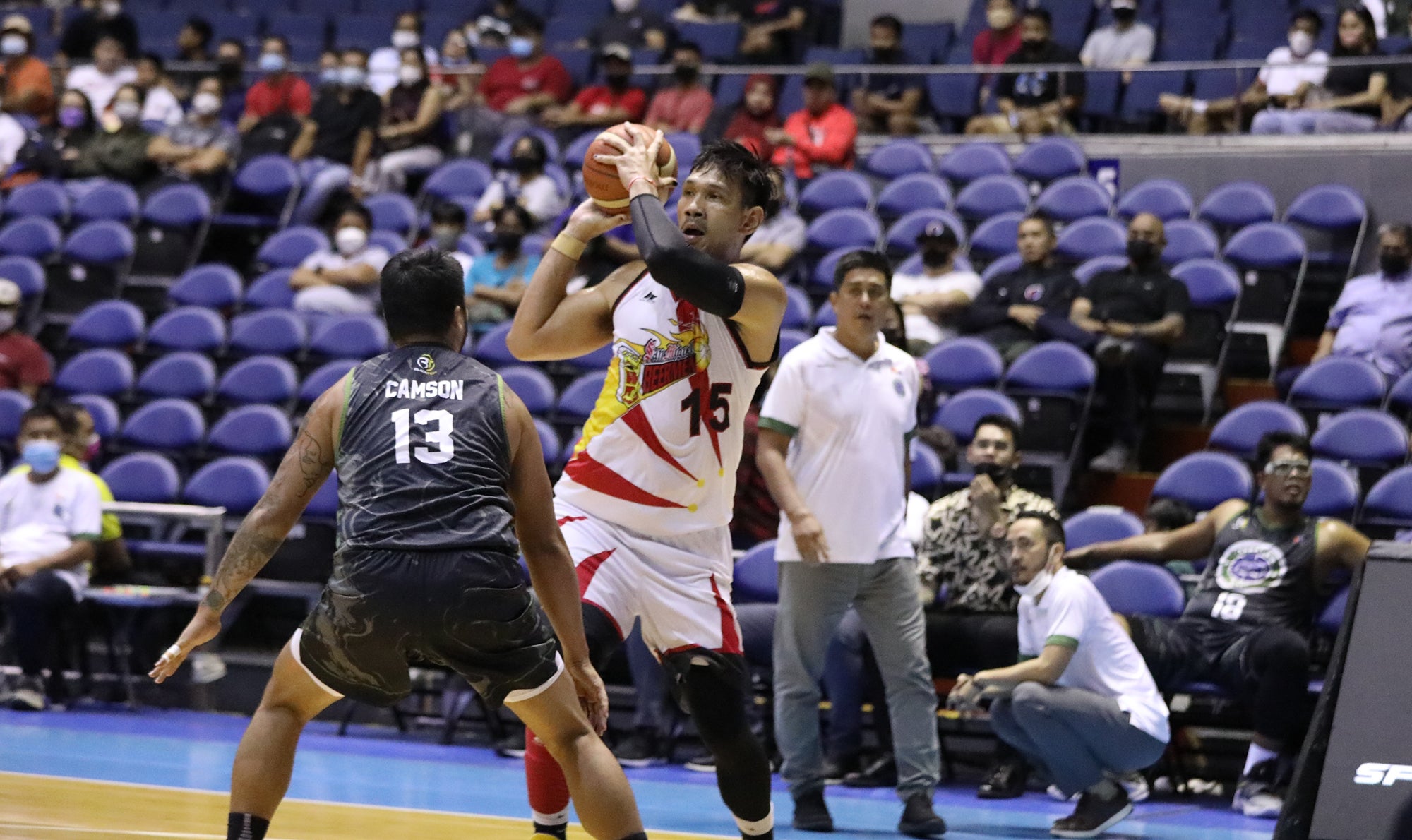 It took a lot of fight and endgame grit against a surprisingly game opponent, but San Miguel Beer is right where it wants to be as it chases a return to the PBA Philippine Cup throne: heading to the playoffs with the No. 1 seed.

The Beermen, facing stubborn resistance from a Terrafirma team that had long been eliminated from playoff contention, turned to June Mar Fajardo in overtime before escaping with a 109-108 victory on Thursday night at Smart Araneta Coliseum in Cubao, Quezon City.

And the numbers Fajardo assembled showed exactly how much of a fight the Dyip extracted from the Beermen: 26 points, 10 rebounds and nine assists.

“Credit to Terrafirma, their game plan was excellent,” said the six-time Most Valuable Player. “But it’s not just me who they needed to stop. And I think our game plan was just as good.”

Marcio Lassiter added 23 points, eight assists and seven rebounds while CJ Perez chipped in 20 points, five rebounds and four steals as San Miguel rose to nine wins in ten games, leaving it beyond the reach of other squads finalizing their playoff runs.

With the No. 1 seed, the Beermen will have twice-to-beat protection in the quarterfinals and will also be assigned the No. 8 seed. This puts San Miguel in prime position to its stated goal for the tournament—a championship in the league’s premier conference, one that they had won the last five times before the pandemic and Fajardo’s injury knocked the team out of its lofty perch.

“Going into the quarterfinals, we just have to be ready,” said Beermen assistant coach Jorge Gallent.

Fajardo scored nine of the Beermen’s 11 points in overtime, as the Dyip drove hard against the league powerhouse by drawing contributions from several players.

Allen Mina had 13 points and hit a tough triple and two free throws in overtime—on both occasions, he had the Beermen trailing by two. But Fajardo wiped out that last deficit with a three-point play that forged the final score with 19 seconds remaining and De Liaño missed a shot in the final seconds as Terrafirma stayed grounded at the cellar with a ninth straight loss in as many games.

“We just did what we’ve been doing in the past games: helping one another on defense,” said Gallent, who was standing in for coach Leo Austria who was shelved due to the league’s health protocols.

The Beermen should have little left to play for against Meralco on Sunday and could shut down some of its stars to prepare for the playoffs. The Beermen are still missing standouts Chris Ross and Terrence Romeo due to injuries. Vic Manuel returned to action against the Dyip but played limited minutes.

“After a [break of a] week or two, everyone will be ready and coach Leo will also be ready by then,” Gallent said. “Everybody [getting] healthy come playoff time [will be] very good for us.”