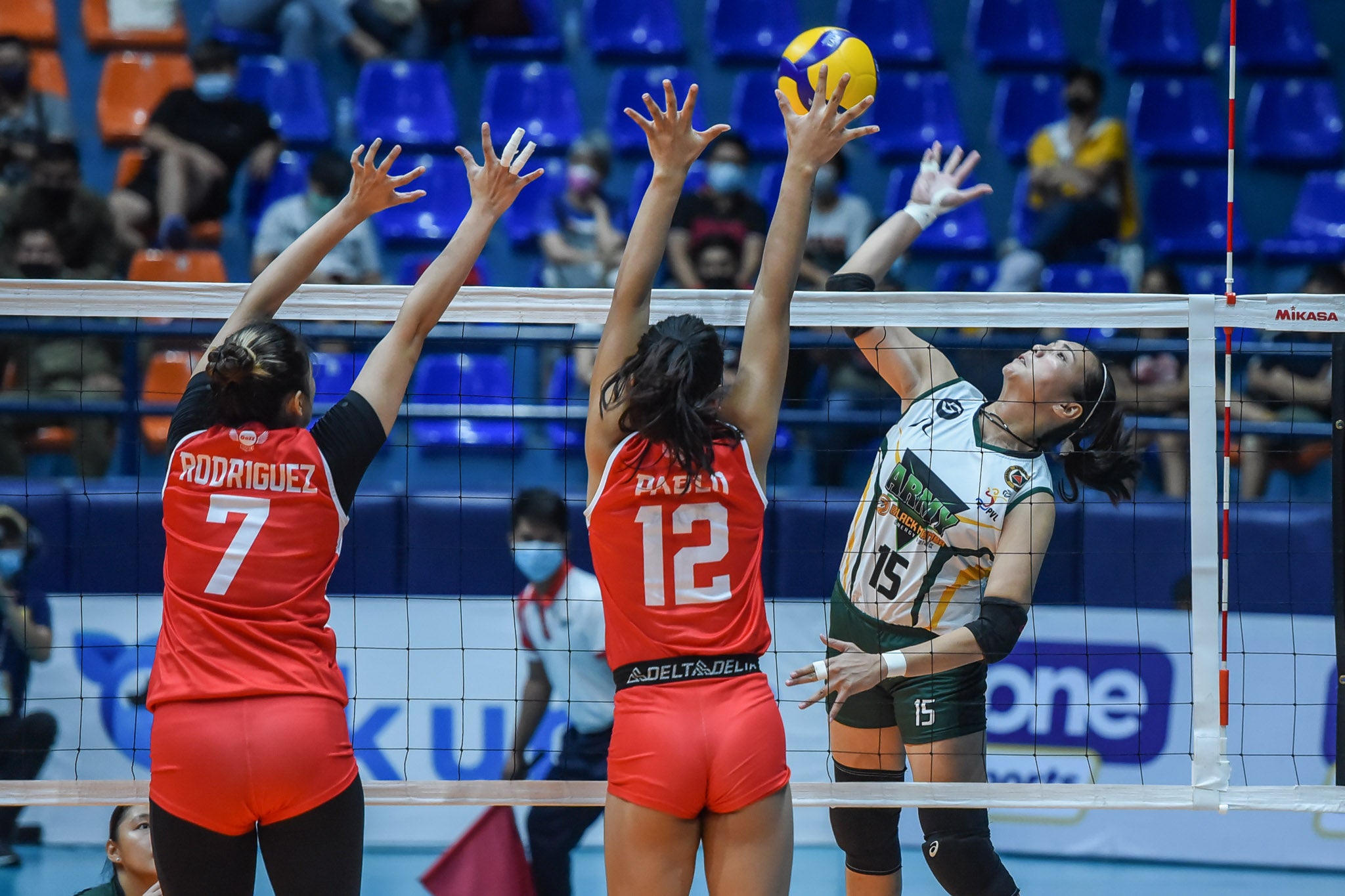 MANILA, Philippines — After an impressive showing in her first full game in the Premier Volleyball League (PVL) Invitational Conference, Royse Tubino’s availability for the upcoming games of Army-Black Mamba remains uncertain due to her military training.

But the 29-year-old spiker promises to deliver for the Lady Troopers when she gets an opportunity to play.

“I cannot comment about (my availability for this conference) because I still don’t know what will be my status. But every time I get a clearance to play, I will play and help Army,” said Tubino in Filipino after scoring nine points, including the crucial hits in the fourth set.

Tubino, who played sparingly in their fourth set loss to Cignal last Saturday, entered the floor with determination to bounce back and boost the morale of the Lady Troopers.

“I want to do everything for my team. That’s the reason why I played (tonight) to help ate Jov and my teammates,”  she said.

Tubino carried the load for Army in the Open Conference after Gonzaga skipped the tournament due to her commitment to the Philippine women’s beach volleyball team. This time, she is unsure if she can play every game of the midseason conference with her ongoing military schooling with teammate Lut Malaluan.

Gonzaga appreciated Tubino’s sacrifice and eagerness to give their team a much-needed victory over the last conference’s silver medalist.

“Credit to my coaches and teammates. Everyone stepped up. I’m thankful for Royse. She made a sacrifice from schooling. She gave us this first win,” Gonzaga said in Filipino.

With her availability for the remaining games still up in the air, Tubino hopes this one victory she got for her team will serve as a springboard in their bid to reach the next round as only the top four teams will reach the semifinals, where they will be joined by teams from Japan and Taipei.

“This is the first step to boost the team’s morale coming off a tough loss to Cignal. We will take it step by step until we reach the next round. Hopefully, we can make it,” Tubino said.