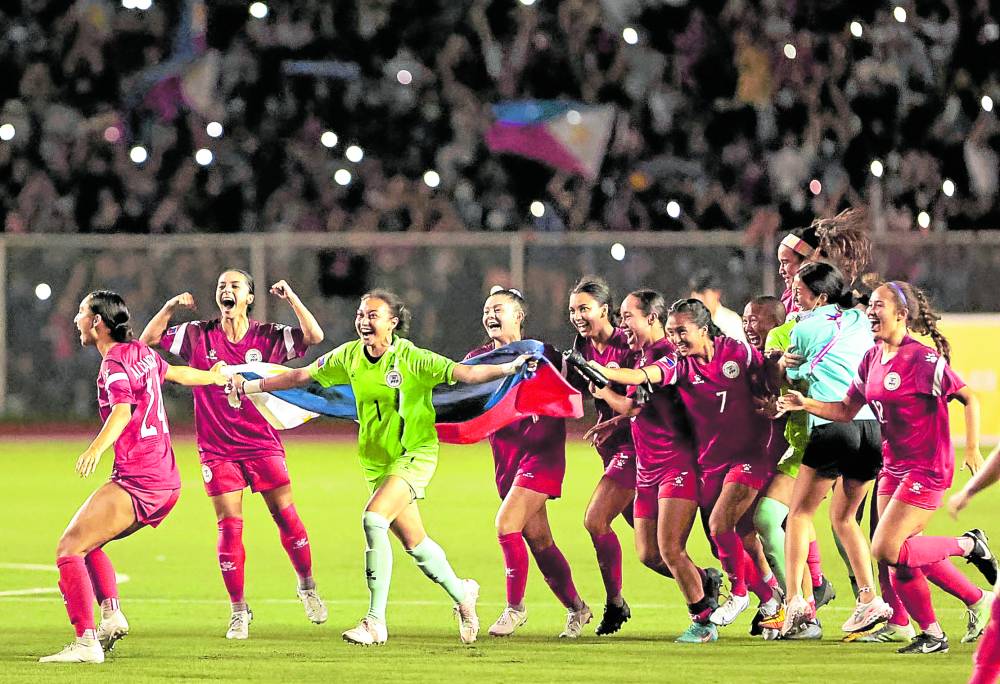 The Philippines’ success in the recent Asean Football Federation (AFF) Women’s Championship has opened opportunities for women’s football to further grow in the local scene.

And for some members of the triumphant Filipinas side, there’s no perfect time to bring back the women’s league, dormant since the start of the pandemic, than now.

“I believe that we’re at a unique point in time where people want to help, stakeholders want to help,” said Camille Rodriguez, who at 26 is the longest-tenured member of the national squad.

“So I think it’s a matter of how, right? And I believe that the league is a good springboard and a good opportunity for both PFF (Philippine Football Federation) to work with different stakeholders, sponsors, brands.

“And I believe that’s where it starts. There’s never a time to be ready to give an opportunity like this. And now, I think it’s the best time to ride this wave of success for the women’s team,” added Rodriguez.

Aside from ruling the AFF tournament, the Filipinas this year also became the first team to qualify for the Women’s World Cup.

The PFF launched its Women’s League back in 2016 and staged three seasons featuring UAAP and semiprofessional clubs. La Salle has won all editions of the competition.

PFF officials have hinted at the possibility of reviving the league, especially with loosened COVID-19 restrictions.

“I think it’s important [to have a league] because having tournaments and having games here would bridge that gap,” said national team goalkeeper Inna Palacios, who was part of La Salle’s title run in the inaugural Women’s League in 2017.

“The gap between international football and what we have here in the Philippines is quite wide at the moment, and the only way to bridge that is to keep playing more.”

Veteran defender Hali Long, on the other hand, would like to see more clubs, particularly those in the Philippines Football League (PFL), set up their own women’s team.

“We play for [Kaya FC] and they’re one of the first two that I know of that have a lot of like a budget, that there’s a women’s team connected to a men’s PFL team here,” she said.

“So there’s a Women’s League and maybe some sort of UCFC [United City FC] and even in Cebu [Dynamic Herb Cebu] and all of those other PFL teams could make a women’s team and have stipends for allowance … budgeting allowances for girls,” she said.