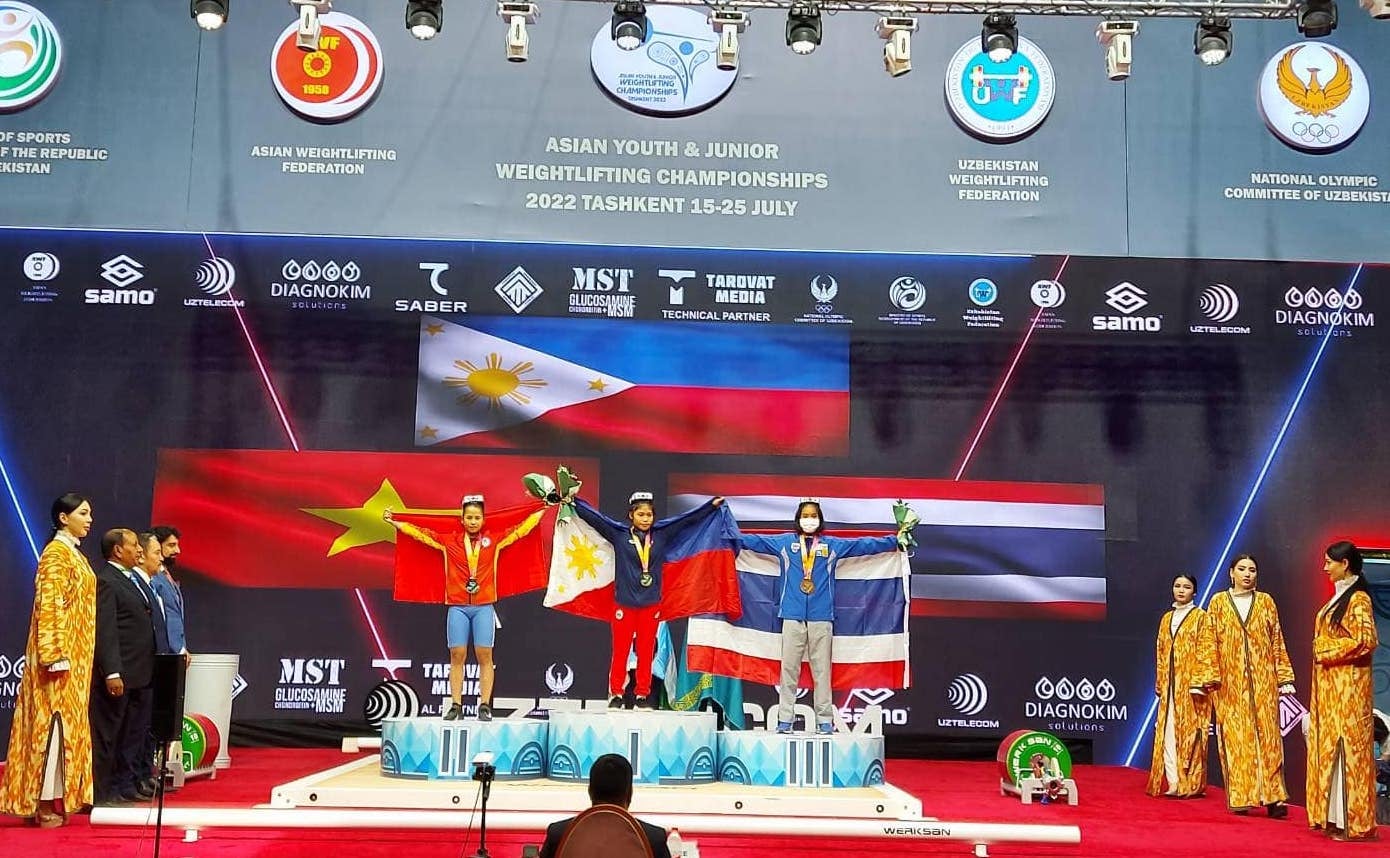 Team Philippines is in its most scintillating campaign yet in the Asian Youth and Junior Weightlifting Championships, which is seen as a sign of things to come as these kids continue going down the path that leads to the Olympics.

Siblings Rose Jean and Rosegie Ramos were peerless in the tournament while Rosalinda Faustino and Angeline Colonia also dominated their respective weight classes, as the four pooled a total of 12 gold medals in the ongoing event in Tashkent, Uzbekistan.

And the national team isn’t even done yet.

Eighteen-year-old Vanessa Sarno will close out the country’s campaign on Thursday with a possible sweep of her events in the women’s junior -71 kilogram where she’s the reigning Asian champion.

“Our master plan is on the right track,’’ added Puentevella, who is credited for bringing local weightlifting to its summit last year in the Tokyo Olympics when Hidilyn Diaz won the first-ever gold medal for the nation.

Rosegie swept all the golds in the junior women’s 49-kg division after topping the snatch (80 kgs), clean and jerk (96 kgs) and the total (176kgs).

“Even for me, this is quite a revelation. Twelve golds in three days and Vanessa hasn’t performed yet,’’ said Puentevella.