Meralco could forge quarterfinal duel vs one of two heavyweights 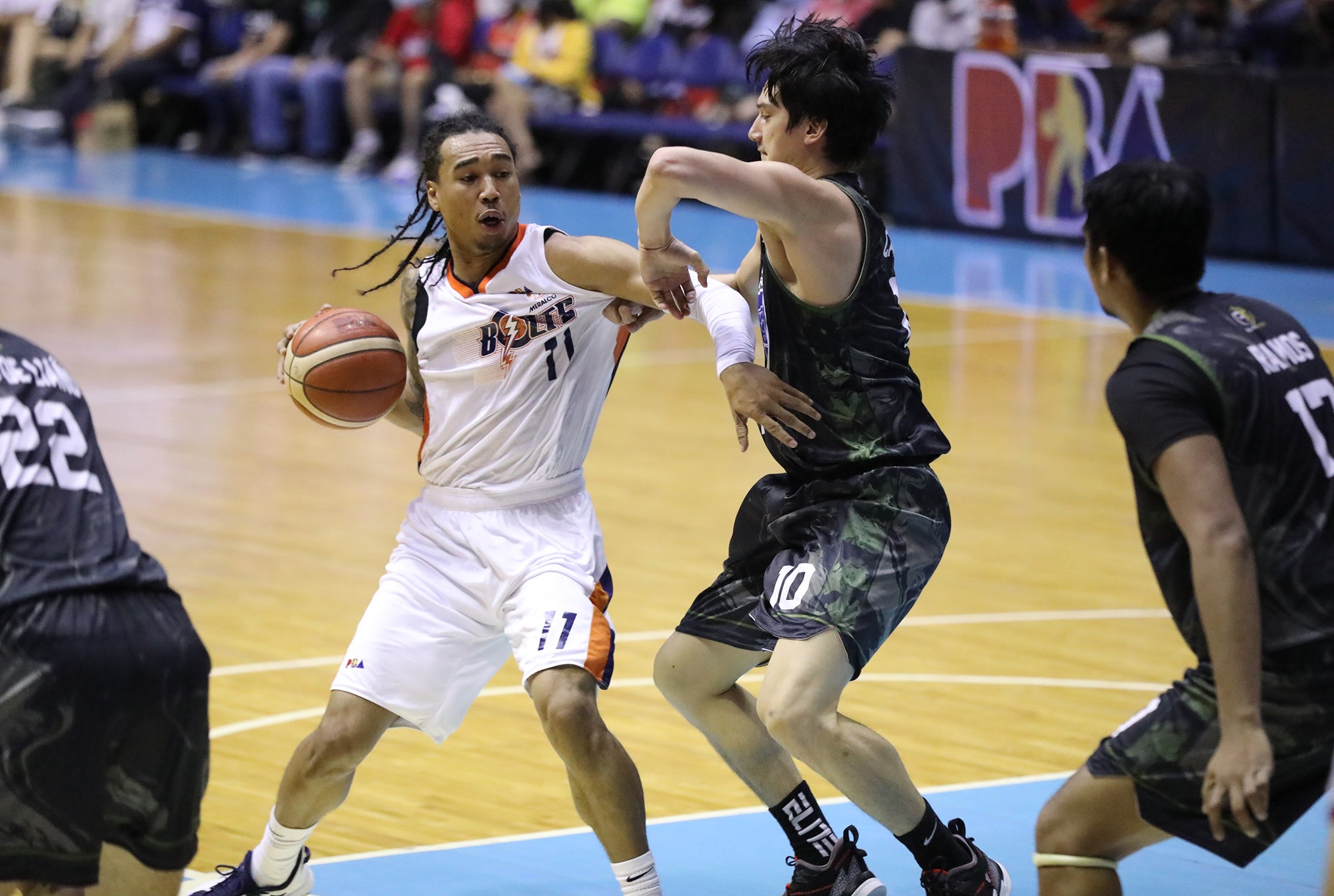 However the quarterfinal pairings turn out, Meralco has out itself squarely in the path of powerhouse teams in the PBA Philippine Cup.

Among the scenarios is a showdown with a familiar tormentor.

And acting Bolts coach Luigi Trillo is thrilled about the possibility.

“I think nothing [could be] better for us and the players than to be in that type of atmosphere. You have the crowd, people talking about it,” he said. “You want to be there.”

Meralco took a step toward that on Thursday night, routing a reeling Terrafirma, 105-89, at Smart Araneta Coliseum to stay on track for a quarterfinal showdown against Barangay Ginebra.

After sending the Dyip to a winless crash in this conference, the Bolts raised their record to 7-4 (win-loss) and sits at No. 5 in the standings. With Barangay Ginebra whipping Phoenix, 100-93, later Thursday, everything will hinge on Magnolia’s game on Friday against Blackwater.

The Bolts will face the Kings if the Hotshots win that one. If Magnolia loses, it battles Meralco in the best-of-three quarterfinals. And both teams present their unique challenges.

“Magnolia’s got a deeper rotation, where coach Chito [Victolero] uses 10 guys. They like to pressure up and create chaos and Calvin Abueva is part of that chaos,” said Trillo, an assistant at the Meralco bench who is standing in for head coach Norman Black, who left for the States to attend to his ailing mother.

“With [Barangay Ginebra] coach Tim [Cone], it’s more of an organized system. They beat you with patience on offense. And they got [Christian] Standhardinger as a focal point and Scottie [Thompson] and LA [Tenorio] in that pick-and-roll with [Stanley] Pringle, and they bring it defensively,” Trillo added.

“We’ll have our hands full,” he said. “Every game, we’re going to feel it’s a heavyweight fight. They’re both strong, and they both have champion coaches. Strong. Tough. But there’s nothing better than being in a situation to compete, and our players are ready. We’re respectful of both organizations but this is what we want. You want to play the favorites.”

It would be an intriguing series for the Meralco if it plays Ginebra in light of their several series skirmishes in the past—which the Kings have dominated.

The Bolts lost to the Gin Kings on a Scottie Thompson triple in the deciding Game 5 of the Philippine Cup semifinals back in 2020, their last playoff meeting. Black and his charges have also lost all championship showdowns with the Kings in the Governors’ Cup, where they had faced off for the title in four of the last five editions of the tournament.

“The nice thing about that team is how they built … and they’ve learned how to play together. So that’s going to be a hard quarterfinals,” Trillo said of Ginebra.