Blackwater’s makeover runs into quarterfinal duel vs No. 1 SMB 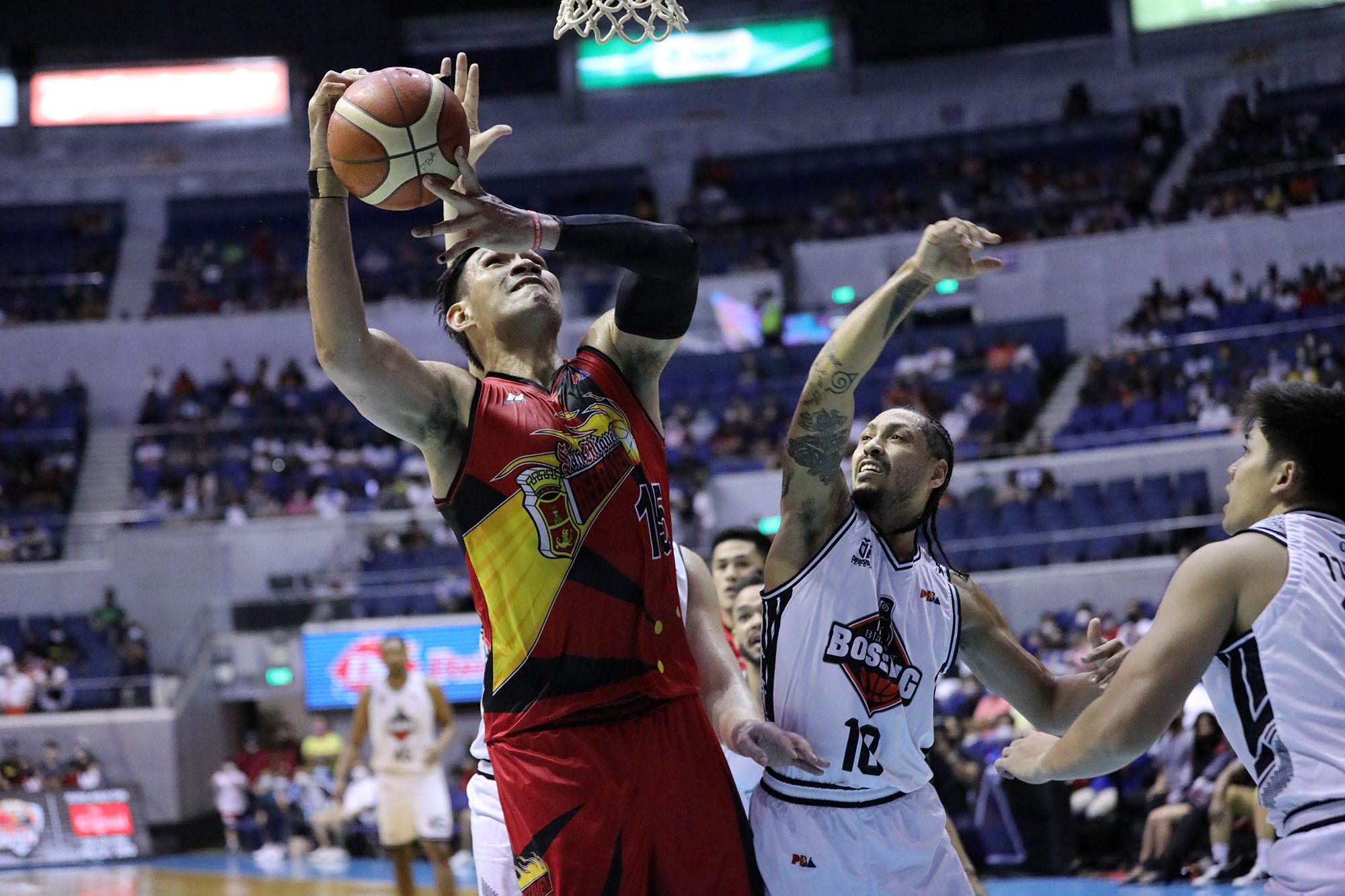 After a promising start to its rebranding season, Blackwater barely made it to the quarterfinals of the PBA Philippine Cup after a five-game tailspin.

And any losing streak looks bad on the Bossing, who entered the season eager to polish a tarnished reputation.

“We’ve all seen it: This is a totally different team from last conference’s team. We just have to take the good with the bad,” he told reporters shortly after a 75-66 loss to Magnolia on Saturday night, which relegated the club to the No. 8 seed and put them in a win-twice bind against top seed San Miguel Beer.

But the Bossing are a barely-playoff team largely due to their tailspin. After winning the five of their first six games of the tournament, they were in the hunt for one of the top two slots that come with twice-to-beat bonuses.

But Vanguardia is adamant that this is what the team needs to go through.

“As they would say, you have to trust the process,” he said. “Many out there don’t want to be a part of a process and just want to be there when the results arrive. And this right now is the process.”

Blackwater once held the PBA’s most embarrassing record—a 29-game losing streak that spanned three conferences. That slump ended during the club’s final game in the season-ending Governors’ Cup last season. After getting what they wanted in the draft, the Bossing went on facelift mode to rid themselves of the doormat label tacked on them.

But now that they made it to the quarterfinals, they need to do more to alter their image.

“We have to sustain [that improvement],” Vanguardia said. “Now, we’re at the playoffs. Our goal was to reach Top Six. But we failed.”

Of the eight quarterfinalists in the league’s centerpiece tournament, only two teams will be playing minus the momentum of a win—or wins. If it’s any consolation for Blackwater, the other team is San Miguel Beer.

But the Beermen played their last game minus any sense of needing to win, having already clinched the No. 1 seed. And the Beermen’s talent depth is beyond any team’s match—let alone a team like Blackwater.

“Our backs are against the wall … I’m still hoping. I still have hope. So we’re just going to focus now on San Miguel,” he said of the vaunted club which Blackwater plays on Wednesday.

The Beermen are protected by the twice-to-beat bonus, but Vanguardia has a different outlook on his team’s disadvantageous position.

“Looking at it, we have to beat a team twice. It’s also the same if we played in a best-of-three,” he added.

It can be recalled that Blackwater pushed San Miguel to the limit in their last meeting. There, the Beermen needed an extra period to prevail, 110-107.

“[We had] some truly great moments. But we are also a totally different team from now when we started back in June,” he said.

The Bossing have been riding the heroics of second round pick Ato Ular and the continued rise of top overall pick Brandon Ganuelas-Rosser.

Against a Beermen team led by six-time Most Valuable Player June Mar Fajardo, Blackwater will be an underdog, even more now with Yousef Taha, another big body the Bossing can use against San Miguel’s dominant center, will be out due to an injured hand.

But Blackwater has some few tricks of its own, Vanguardia said.

“Still looking things at the glass half-full rather than half empty,” he said. “We are still positive. I told the players, we’re still four games better than the last conference. We’re in the playoffs. We’re not dead. But we got to put our acts together against San Miguel.”

“We will have something new to offer San Miguel which I hope will work,” Vanguardia added.