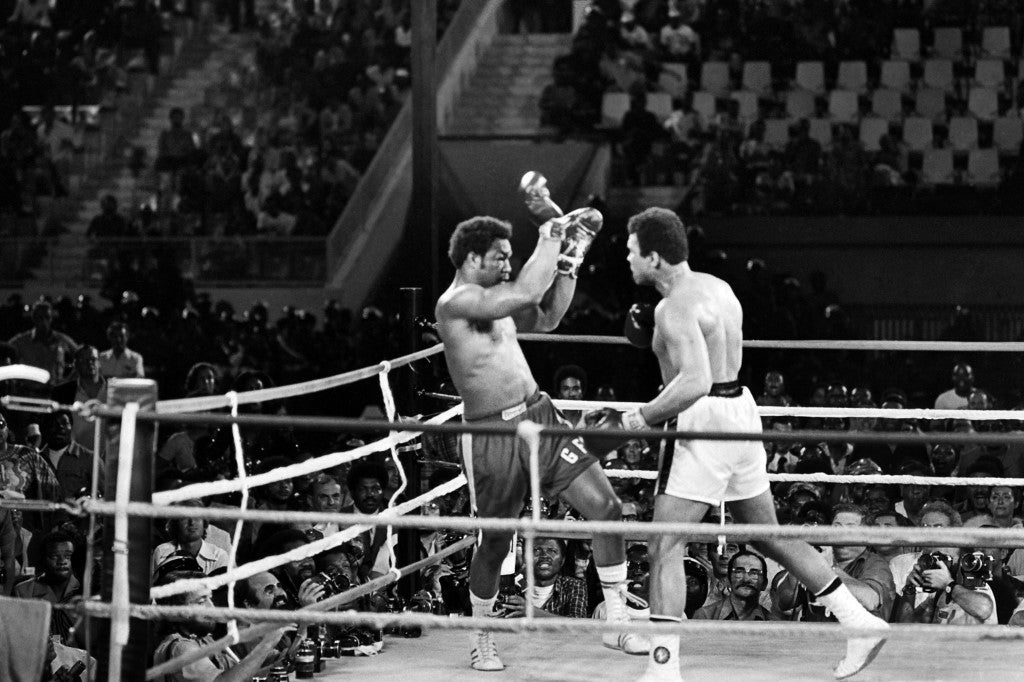 Boxing legend Muhammad Ali’s championship belt from his 1974 “Rumble in the Jungle” victory over George Foreman has been purchased by Indianapolis Colts owner Jim Irsay for $6.18 million.

Noted memorabilia collector Irsay announced the purchase Sunday on Twitter, saying he was “proud to be the steward” of the historic World Boxing Council belt.

Irsay hinted the item might be shown at an August show of his collection in Chicago as well as in September at Indianapolis.

BREAKING—-Muhammad Ali’s
championship belt from 1974 ‘Rumble in the Jungle’ when he employed his rope-a-dope and defeated George Foreman—-just added to @IrsayCollection Just in time for the Aug. 2 show at Chicago’s Navy Pier (and Sept. 9 at Indy). Proud to be the steward!🙏 pic.twitter.com/REJOGV1Cwq

The sale price early Sunday through Heritage Auctions, reported by Sports Collectors Daily, was called among the highest prices ever paid for a sports memorabilia item.

Drawings by boxing legend Muhammad Ali up for auction

Ali, Frazier ‘Fight of the Century’ still packs a punch 50 years on

Read Next
World Athletics to introduce repechage round at Paris Games
EDITORS' PICK
What to watch out for when selecting a video surveillance solution
Look Through: The fate of impounded stray dogs
DOH says COVID-19 cases plateauing, but public shouldn’t be ‘complacent’
23,000 cops to be deployed nationwide for school reopening
Unleash the photographer in you this World Photography Day with vivo smartphones
House energy committee chair Arroyo bats for cheap electricity
MOST READ
Korina Sanchez reunites with former ABS-CBN co-anchors Julius Babao, Cheryl Cosim
Solons file resolutions seeking probe on ABS-CBN, TV5 merger
Sharon Cuneta asks for prayers for friend in ICU who suffered silent stroke
NATO ready to step up forces if Serbia-Kosovo tensions escalate
Don't miss out on the latest news and information.