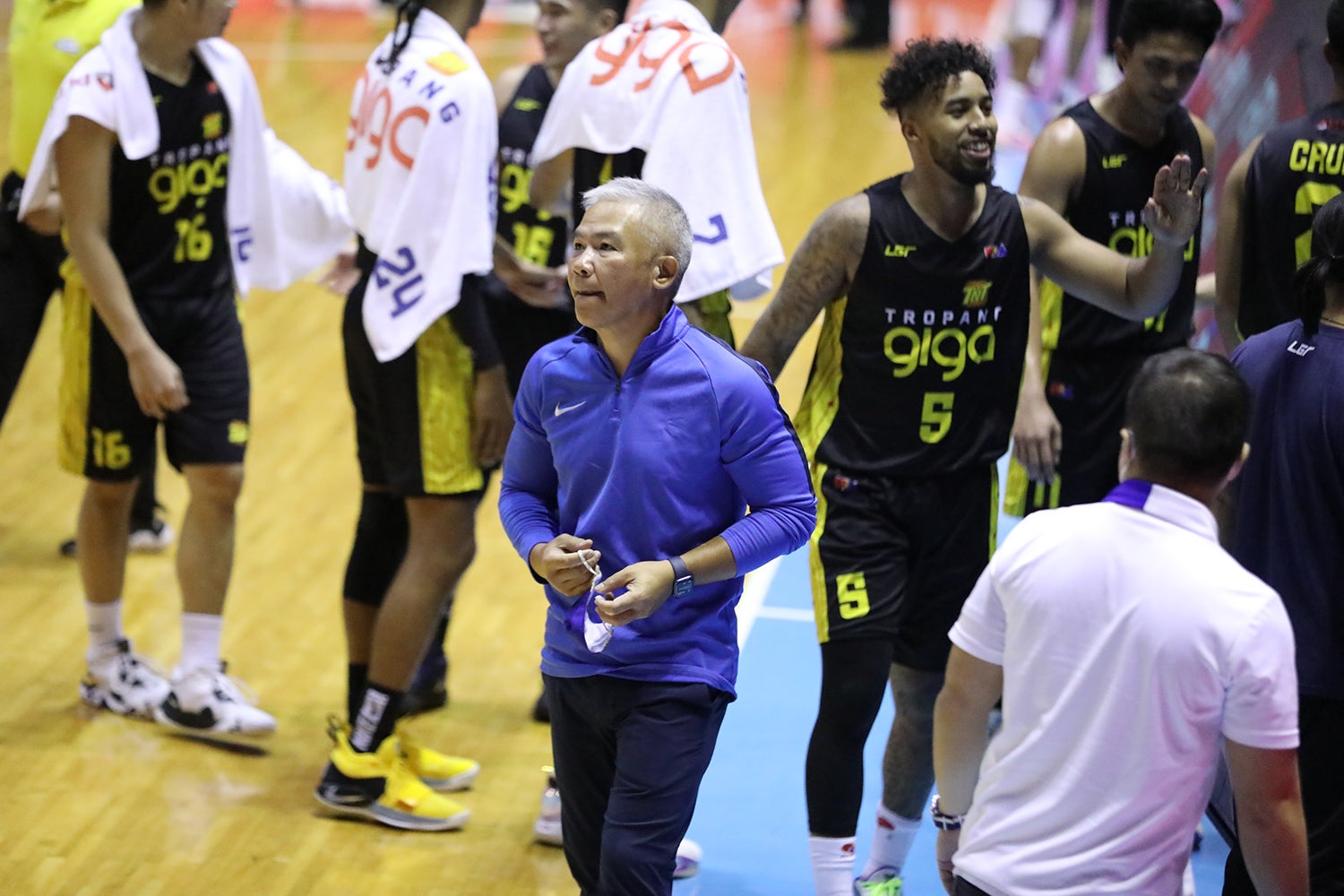 MANILA, Philippines–National coach and TNT mentor Chot Reyes was planning to fend off public vitriol on Wednesday with his signature style of defiance.

“Somebody actually told me, called me to let me know. I said, ‘Wow, so unfortunate,’” he told reporters when asked about calls to wear black shirts and chant for his resignation from the Gilas coaching saddle during the Tropang Giga’s  2022 PBA Philippine Cup quarterfinals match against Converge.

“But I prepared myself emotionally and mentally for it if it does happen,” he went on.

Reyes actually didn’t have to. The Tropang Giga handily beat the FiberXers, 116-95, at Smart Araneta Coliseum to punch their ticket into the semifinals.

“I think the players heard about it as well, talked about it. I didn’t tell them anything but I heard them speak about it. And I think that’s one of the reasons they played that way also, tonight. Right?”

Mikey Williams had 26 points in the contest, firing all but four of his points in the second quarter alone. Troy Rosario flashed his old form, putting up 18 points that went with seven rebounds as three others finished in double figures.

But more than that, TNT remained on track at keeping their lofty perch in the PBA’s centerpiece tournament.

Reyes has been on the nasty end of this basketball-crazed nation’s ire following Gilas’ debacles in international tournaments. Aside from protest tries, which did not materialize at the Big Dome that night, a Change.org petition has also gained traction, garnering nearly 3,000 signatures as of posting.

But Reyes continued to steel himself. In fact, the concurrent program director revealed that he actually offered to resign from the post, supporting Samahang Basketbol ng Pilipinas (SBP) president Al Panlilio’s account in an earlier online interview.

“For all the letters, e-mails asking me to resign and all that, I did not respond. Fortunately, president Al finally spoke, and that’s my reply: I tried to resign, and they did not accept it,” he said.

“And I’ve always said before that I will never turn my back on my duty to flag and country,” he added.