PVL: After being sidelined, Kat Tolentino determined to push harder for Choco Mucho 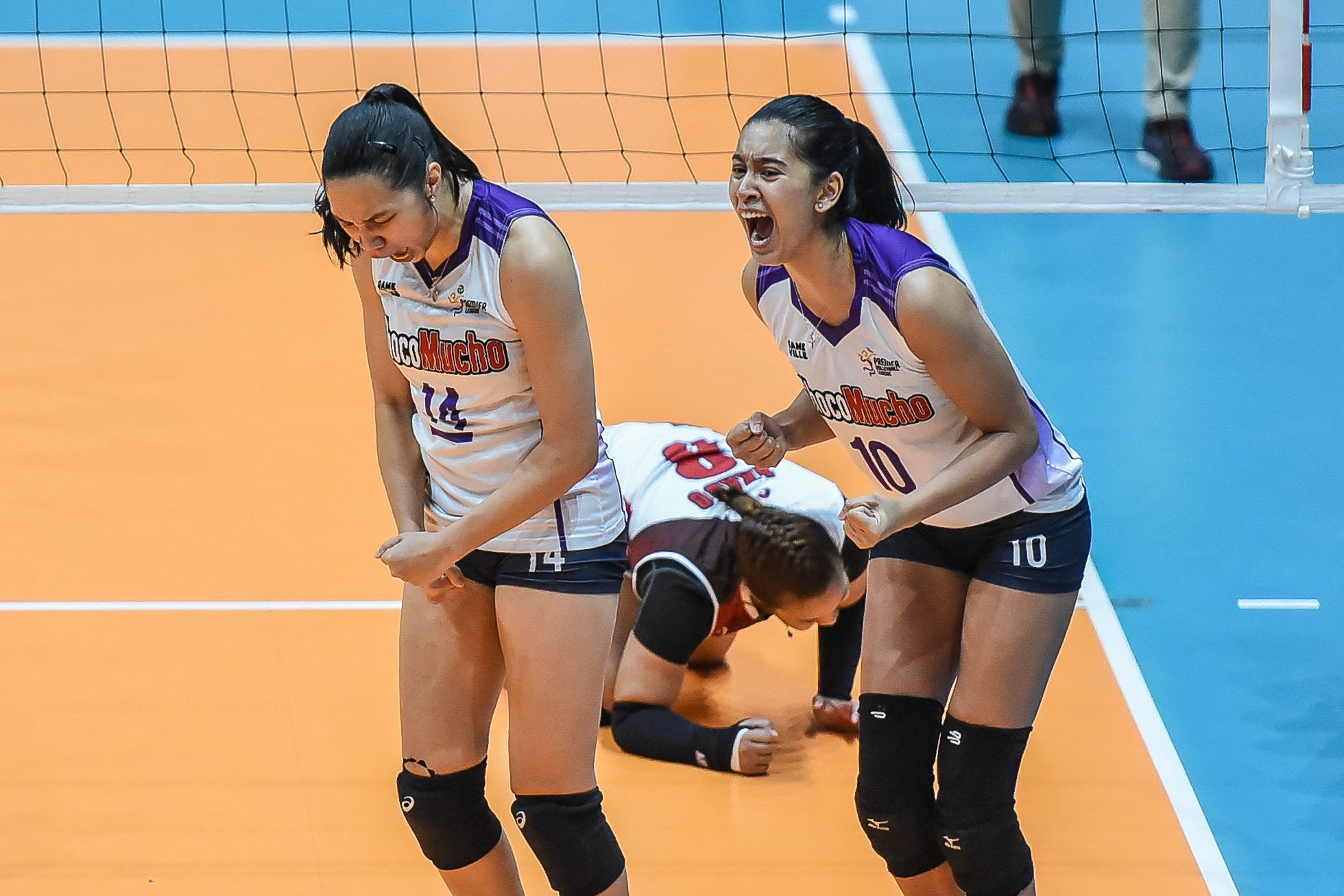 Coming back from a two-game absence due to health and safety protocols, Tolentino stepped up when it mattered most, nailing the big hits to save the Flying Titans’ conference with a thrilling 25-21, 25-17, 22-25, 10-25, 16-14 victory over the PLDT High Speed Hitters on Thursday at San Juan Arena.

The Filipino-Canadian hitter didn’t want to let her team down after Choco Mucho fell on the brink of elimination during her absence with Des Cheng, Cherry Nunag, and Thang Ponce

“It was hard just watching them and not being able to help,” said Tolentino, who unleashed 27 points and 22 digs.  “I think that made me want to push myself in today’s game and it just made me so much more eager to play.”

Choco Mucho head coach Oliver Almadro admitted their leading scorer was not even in top condition but she was one hundred percent in character after keeping the Flying Titans afloat when they squandered a two-set lead and went down to 6-2 in the fifth set. The Philippine women’s volleyball team member was filled with emotions for every kill she scored in the fifth set, doing everything to keep her team’s semifinal hopes alive.

“I just had to do my role and that’s what coach always wants me to focus on. I think I was just trying to do it for the team,” Tolentino said.

“It doesn’t matter how many sets we win as long as we win this and I think our team has come a long way and for us to really fight at the end, like what coach said, we showed our character and I think we really wanted it more at the end and that’s why we got the win.”

Choco Mucho, which holds a 2-3 record with six points in the fifth place, needs to sweep Petro Gazz on Saturday, and hope for either or both Army  Black Mamba and PLDT to lose in straight sets to advance in the next round via set ratio.

Edging both teams in set ratio is the only way for the Flying Titans to reach the next round as the maximum points they can get is nine markers. The Lady Troopers and High Speed Hitters are currently tied at 3-2 with nine points each.

For Tolentino, all they have to do is stick together in their final chance to make it to the Final Four.

“As long as we work together and as long as we each do our own part then we could really help each other,” she said.