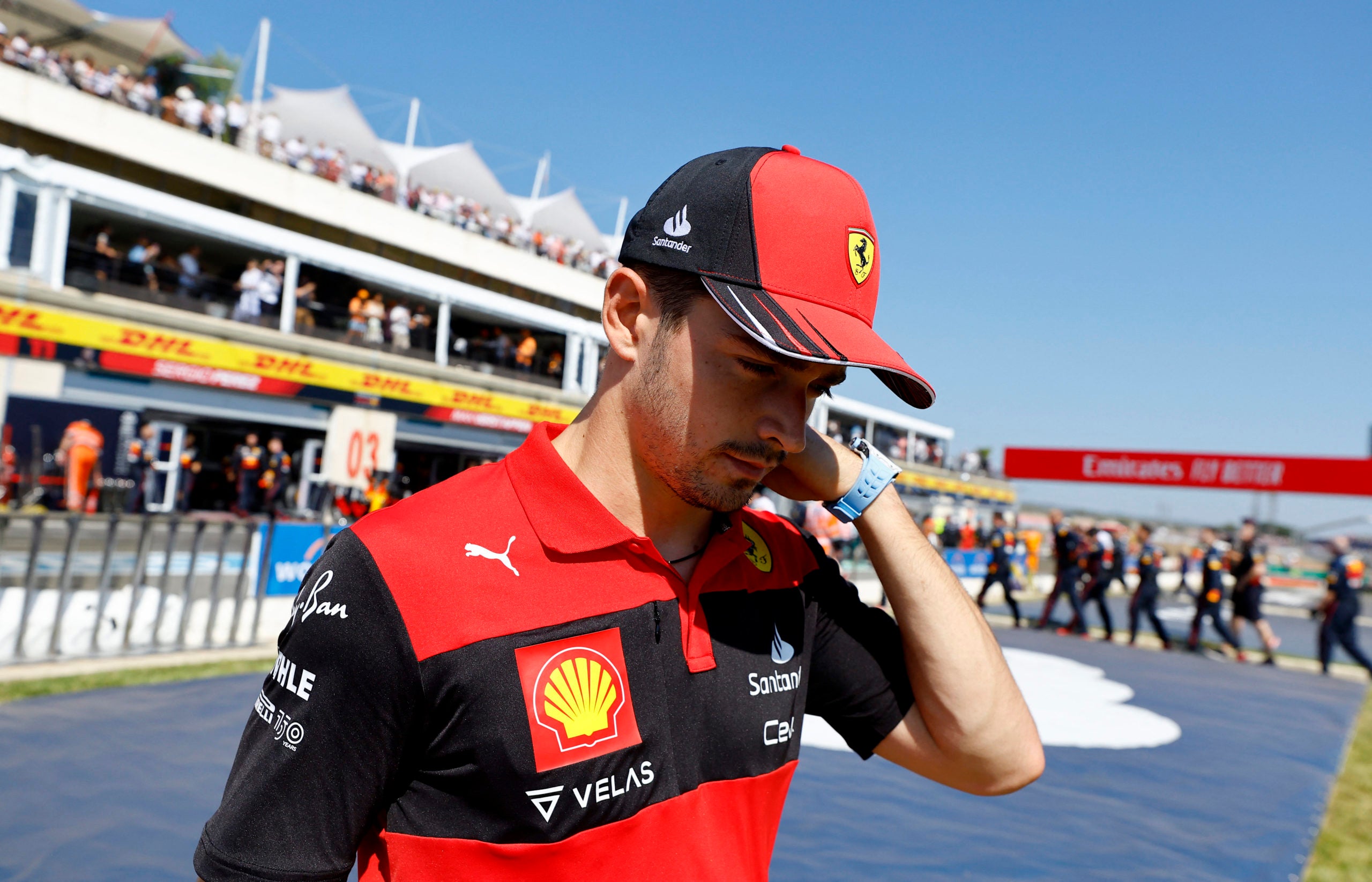 Charles Leclerc insisted Thursday that he “needs to move on” from his disastrous crashing exit in France last Sunday.

The Ferrari driver said he had admitted his mistake, counted the cost and moved on to focus exclusively on claiming a critical victory for his and his team’s title challenges.

“I did that mistake, it cost me a lot of points and I am aware of it – and that’s it. Now, I need to move on, to focus 100 percent for this weekend and to try to do the best possible to try and win this race.

Leclerc, winner of three races this year compared to world champion and series leader Max Verstappen’s seven for Red Bull, has not won previously at the Hungaroring.

He trails the Dutchman by 63 points and knows another setback could prove insurmountable.

“There’s nothing that will help me by dwelling on my mistake or by staying in the past, on that mistake,” he told reporters at the Hungaroring circuit on Thursday.

“I think we’ll have a strong car this time,” said Leclerc.

“I think Paul Ricard (France) and Budapest are two tracks where I struggled a bit more, in the past, personally, but Australia used to be that case too and, in the end, I managed to have a great weekend there.

“So, I hope that this weekend, I can also turn things around.”

He rejected suggestions that his crash at Le Castellet came as a result of being under pressure from Verstappen while leading the race.

“The real pressure, I had it when Max was really behind (earlier in the race),” he explained.

“I was just pushing and focus on my own race, but then, when fighting the limits, sometimes mistakes can happen. I just went too far and that was it.”