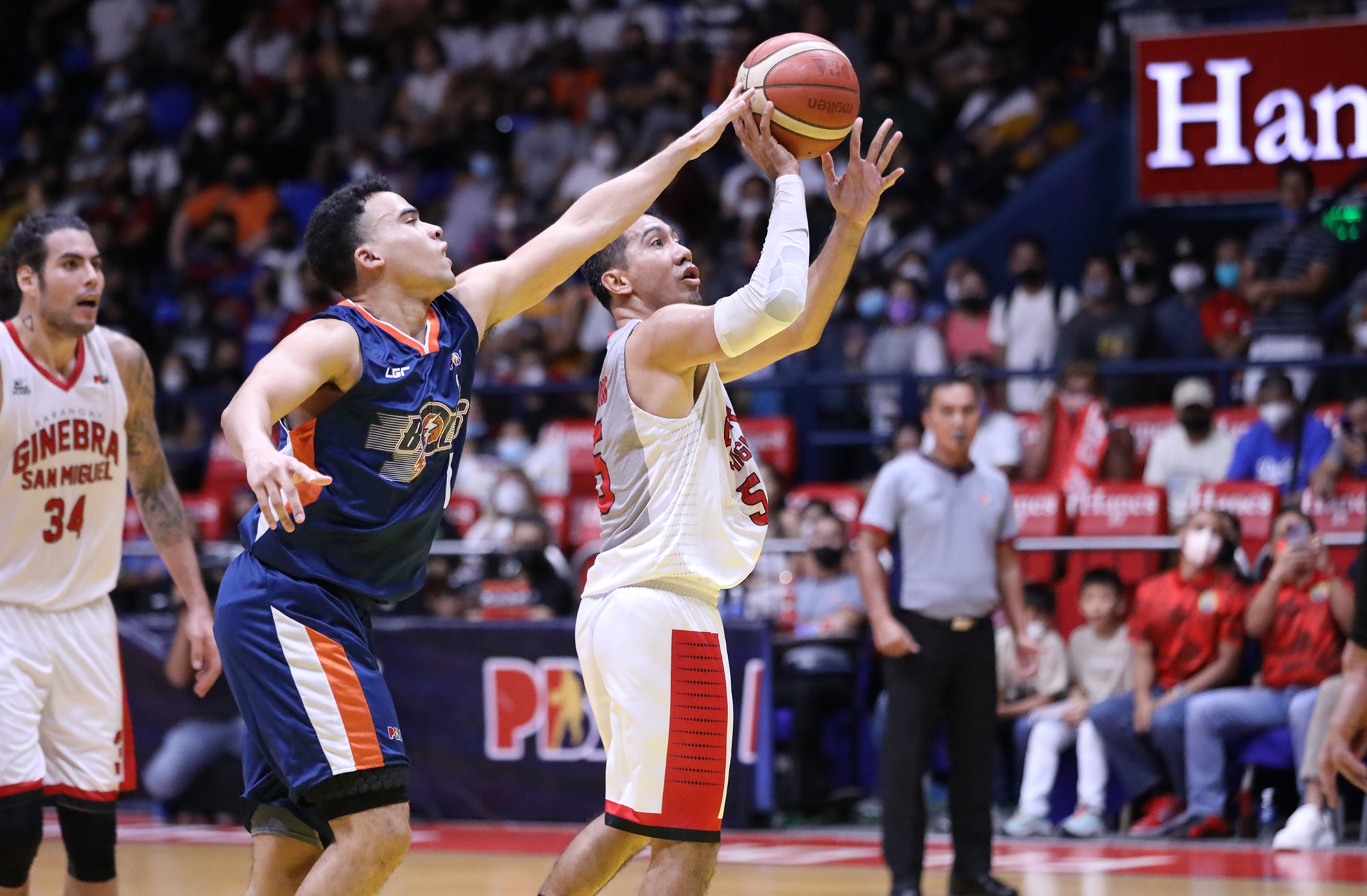 LA Tenorio bounces back for Ginebra in Game 2. –PBA IMAGES

Tenorio redeemed himself on Friday, posting 13 points, five rebounds, four assists and three steals as the Gin Kings forced the Meralco Bolts to a deciding third game with a 94-87 win at Filoil EcoOil Centre in San Juan City.

“I think the key was LA trying to be aggressive,” Cone said. “He only got five shots up in the first game, so he knew he had to come out and play.”

Much was expected from Tenorio after his struggles in the series opener had an effect on Ginebra going down 93-82 to Meralco last Sunday at Smart Araneta Coliseum.

This time, Tenorio made sure he would have an impact right from the beginning, putting up nine in the first half before playing the role of the facilitator in the fourth when Ginebra dusted off Meralco’s third quarter rally.

He dished out an assist to Christian Standhardinger after Meralco got to within a point, 80-79, and scored a floater off Aaron Black which gave the Gin Kings an 85-81 lead with 3:46 left.

Tenorio also intercepted Chris Newsome’s pass near the final two minutes, resulting in a Japeth Aguilar slam on the other end to make it 89-82 for Ginebra, and later fed Stanley Pringle for a three-pointer with a minute to go for a 94-86 count.

“So I wasn’t worried about LA at all. I knew he could come back and play great, I wasn’t sure if great was good enough to win the game, but apparently it was,” Cone concluded.