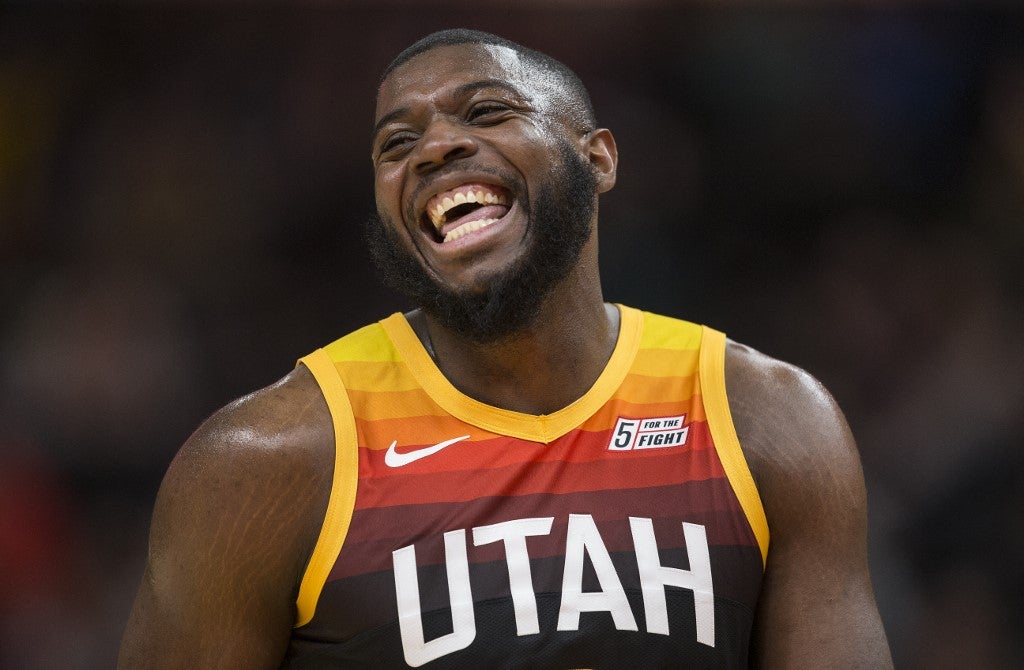 Eric Paschall #0 of the Utah Jazz laughs during the final seconds of their win over the Brooklyn Nets February 4, 2022 at the Vivint Smart Home Arena in Salt Lake City, Utah. Chris Gardner/Getty Images/AFP

The team did not announce the terms of the deal on Saturday.

Paschall, originally a second-round pick of the Golden State Warriors in the 2019 NBA Draft, spent last season with the Utah Jazz. He averaged 5.8 points and 1.8 rebounds per game in 58 games (three starts).

After a sophomore slump, the Warriors traded him to the Jazz for a future, protected second-round draft pick in August 2021.

NBA: Rudy Gobert says ‘goal is to win’ as he joins Timberwolves