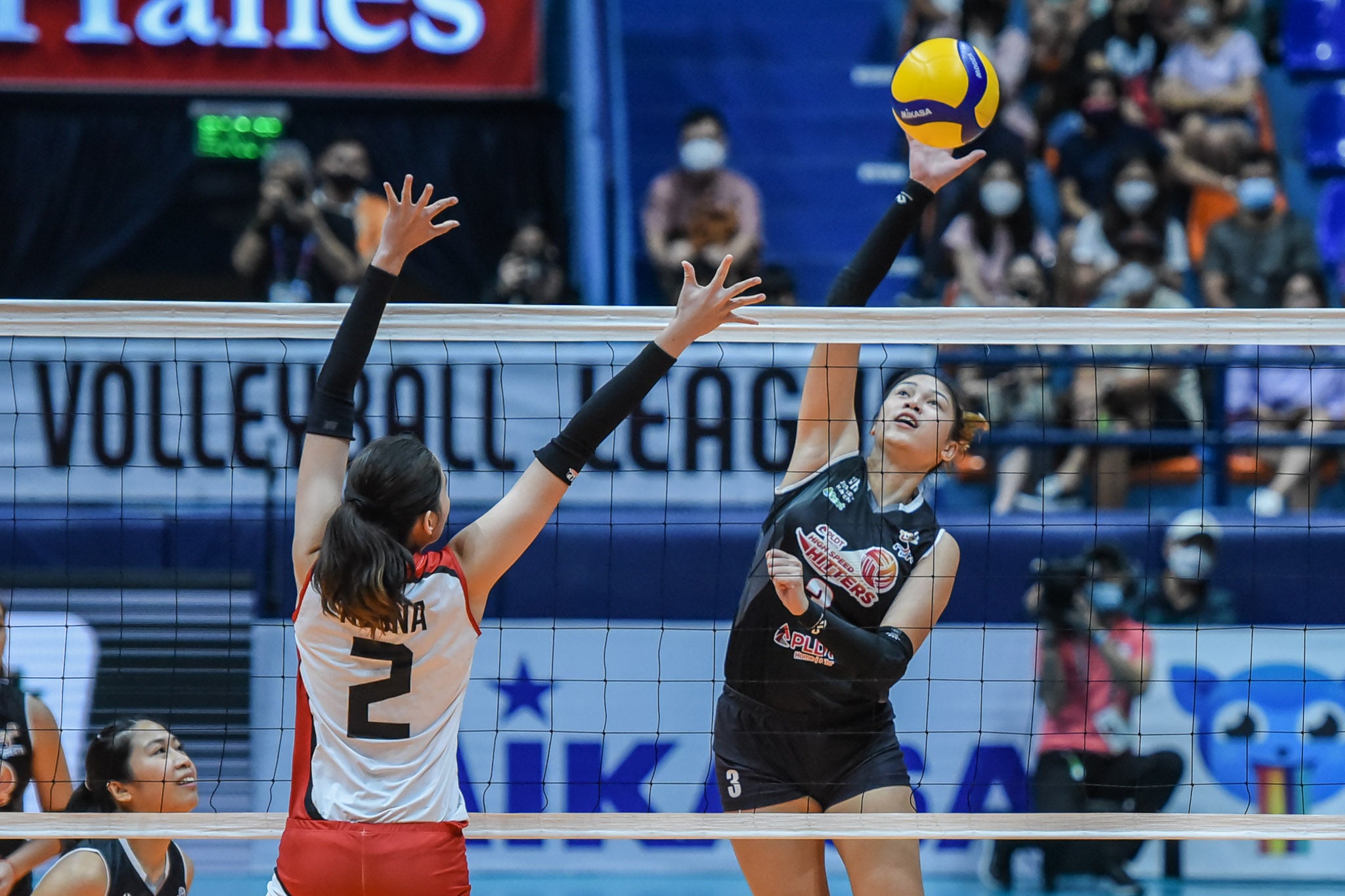 Mika Reyes of the PLDT High Speed Hitters during a game against Cignal in the 2022 PVL Invitational Conference. PVL PHOTO

MANILA, Philippines — PLDT star Mika Reyes credited her teammates for her resurgence after emerging as the blocking leader at the end of the Premier Volleyball League (PVL) Invitational Conference elimination round.

Reyes, who last won a Best Middle Blocker award in 2018, was the runaway leader in blocking, after tallying a total of 21 kill blocks and averaging 0.88 blocks per set in six matches.

The 6-foot Reyes refrained from comparing her performances in the last seasons and praised the High Speed Hitters’ teamwork as well as coach George Pascua’s system for making her a better player especially on the defensive end.

“Personally, I don’t want to compare my past performance to what I’ve been doing today. Because I played for different teams with different systems and teammates,” said Reyes in Filipino after delivering 14 points in PLDT’s 25-19, 25-20, 21-25, 25-22 victory over Cignal on Saturday at San Juan Arena.

“My teammates have been a huge factor in my performance  (this conference),” she added.

The 28-year-old wants to continue to learn and improve every conference as part of her personal growth.

But the former La Salle standout insists that they just achieved their first goal and the job is not yet done.

“It’s not yet over. We won’t be contented with a semifinal appearance,” said Reyes. “And the Invitational is not like the other conferences. We have to play another round robin so we still have a lot of work to be done.”

Reyes admitted they were not satisfied with their semis-clinching win over eight-man Cignal, which still pushed them to their limits in the last two sets.

“We have to polish our movements and push harder because the next round will be more challenging,” she said.

PLDT will kick off the semis against Army on Tuesday, 4 p.m., at San Juan Arena.