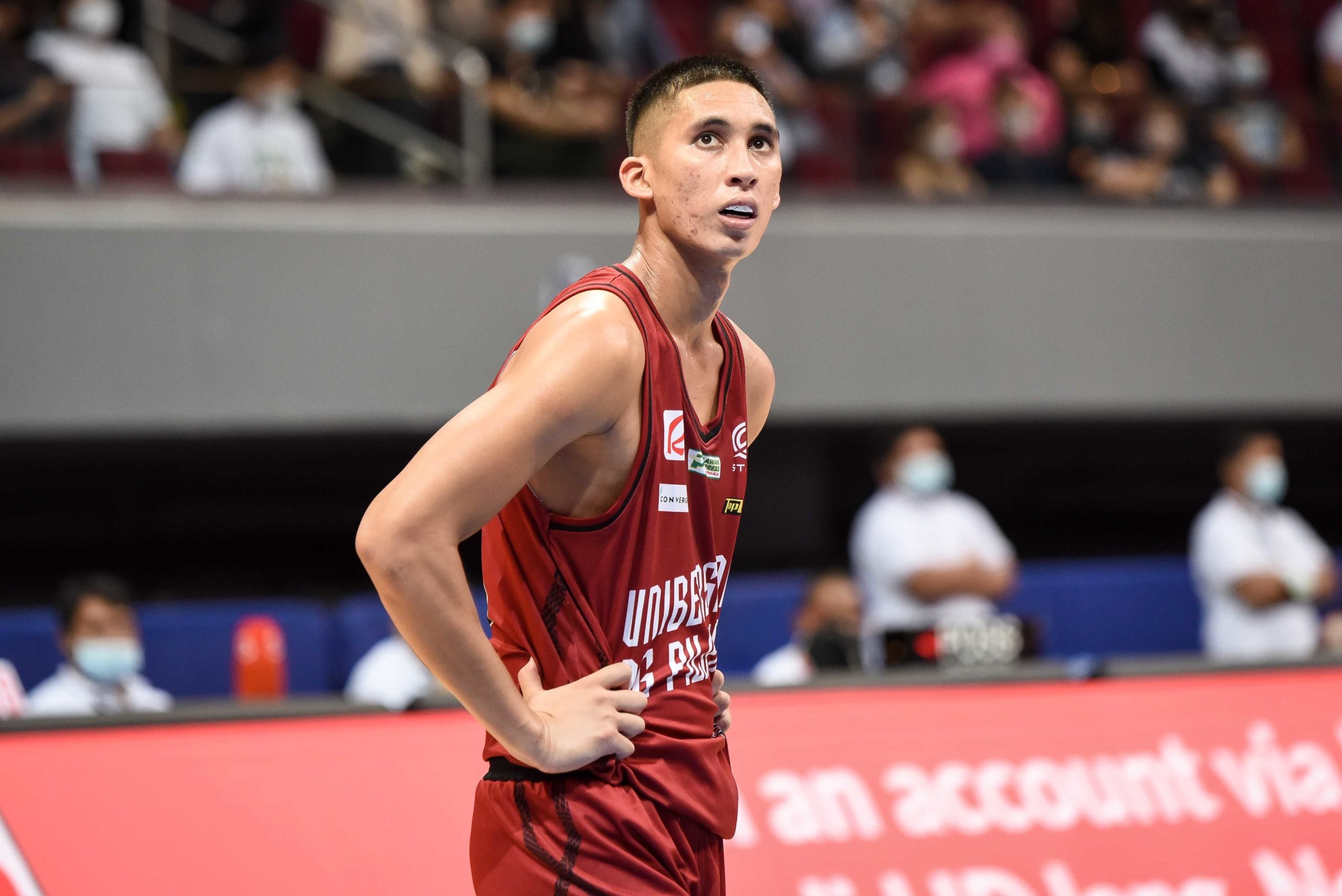 After the Fighting Maroons clinching the UAAP Season 84 championship against Ateneo last May, Lucero flew to California to spend time with his family.

His first duty back in the country? Contribute to UP’s convincing 117-61 win against the College of St. Benilde.

“It’s good I got to celebrate the championship, but it’s good to be back,” Lucero said after the game.

“Last season is in the rear view mirror so it’s time to start focusing [again].”

The forward tallied 11 points and four boards in the blowout. He averaged 12.8 points and eight rebounds last Season 84 for UP.

“It was vacation but training didn’t stop [for me] I was participating and playing with taller guys,” he said.

The 6-foot-7 swingman was also offered to play in Taiwan soon after the Maroons’ title run in Season 84, but was quick to refuse them to pursue his last playing year for UP.

Lucero will be an important piece in UP’s bid for back-to-back championships next season with fellow big Carl Tamayo and floor general JD Cagulangan.

Read Next
PBA: San Miguel crushes Meralco to gain early lead in semis
EDITORS' PICK
Look Through: The fate of impounded stray dogs
What to watch out for when selecting a video surveillance solution
23,000 cops to be deployed nationwide for school reopening
House energy committee chair Arroyo bats for cheap electricity
DOH says COVID-19 cases plateauing, but public shouldn’t be ‘complacent’
Unleash the photographer in you this World Photography Day with vivo smartphones
MOST READ
Sharon Cuneta asks for prayers for friend in ICU who suffered silent stroke
Korina Sanchez reunites with former ABS-CBN co-anchors Julius Babao, Cheryl Cosim
Light therapy could be the answer to your sleep problems
Solons file resolutions seeking probe on ABS-CBN, TV5 merger
Don't miss out on the latest news and information.