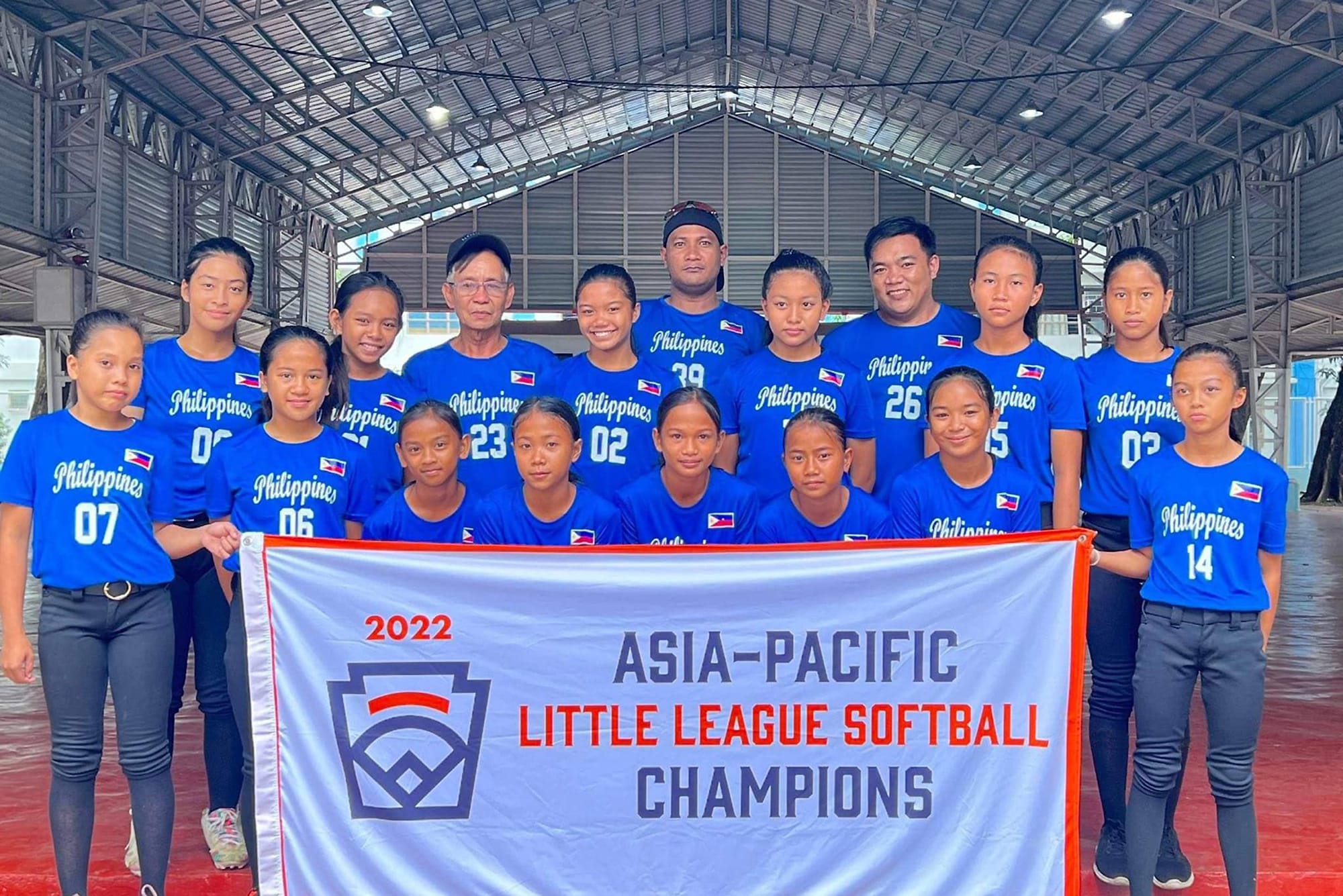 The team is aiming to extend the Philippine reign in the Senior League tournament for female softball players ages 13 to 16 years old.

Tanauan City, Batangas, ruled the 2018 edition after defeating Delaware in the championship game. No tournament was held in 2020 and 2021 due to the COVID-19 pandemic.

With a 2-0 record, Bago City is tied with District 9 of Texas in Pool A. The two teams will meet Thursday (Manila time).

The top four teams advance to the crossover quarterfinals where they’ll face their counterparts from Pool A.

Bago City leaned on a three-run first inning before holding off Curacao’s rally behind a 16-strikeout performance from pitcher Mary Alpitche, who spent all seven innings on the mound.

A bunt by Keichi Tan allowed leadoff Jhaycel Roldan, who earlier walked, stole second and reached third on a wild pitch, to score the first run, beating the throw at the plate.

Alpitche also performed well with her bat later in the day against Camden Wyoming, producing three RBIs (runs batted in) as Bago City scored eight in the first three innings

Read Next
EASL: PBA Philippine Cup champion set for early test vs Korea’s Anyang KGC
EDITORS' PICK
Karding damage to infrastructure at P23M
Newbie gamers are in for a treat with the power-packed feature of vivo Y16
Individuals affected by ‘Karding’ now over 157,000
Bongbong Marcos says PH ‘open for business’ with new Clark Airport terminal
House energy committee chair Arroyo bats for cheap electricity
Reignite your passion with the vivo Y35
MOST READ
Angelica Panganiban ‘duguan, sugatang mom’ one week into breastfeeding
LPA enters PAR, may develop into tropical depression
Badoy not with Office of the President, NTF-Elcac, under Marcos admin — solon
Charges readied vs gov’t guard with P290-M deposits
Don't miss out on the latest news and information.