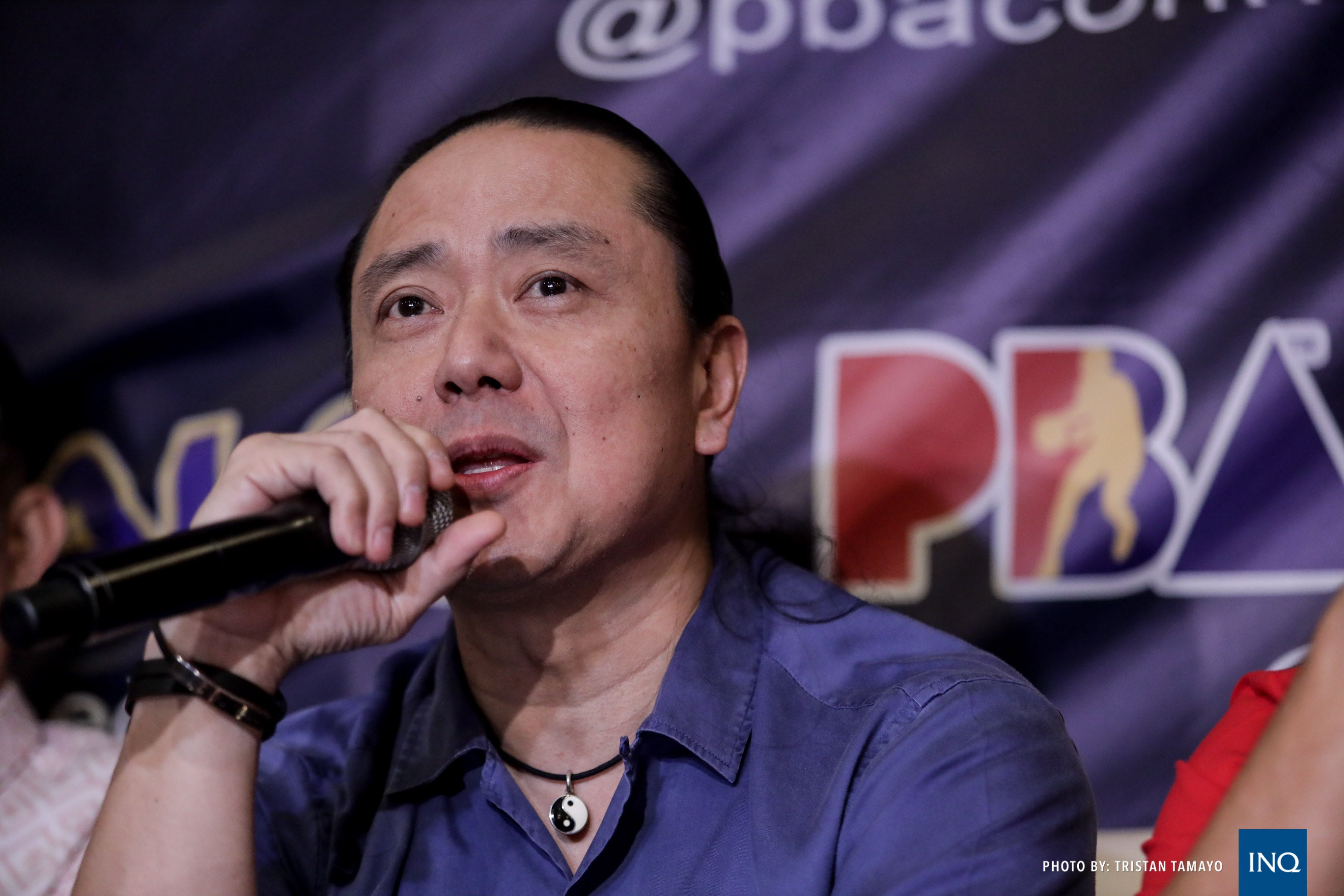 The picture of unity flashed by rival conglomerates for the Fiba (International Basketball Federation) World Cup is no mere stunt.

“This is real,” Chot Reyes, the national coach and program director of Gilas Pilipinas, told the Inquirer on Wednesday.

“I think it’s symbolic but it is also real,” Reyes said of the appointment which was made during a vital stakeholders meeting. “This is not just an act or a figurative move.”

While Chua’s appointment indeed symbolizes a coming together of fierce rivals, there will be real-world applications to the former coach’s new title.

Philippine Basketball Association (PBA) commissioner Willie Marcial said Chua, the architect behind SMC’s recent dynastic rule in the PBA, will essay an important role as the SBP prepares for the 2023 Fiba World Cup on two fronts: Hosting the global basketball showcase and coming up with a competitive national team that could, potentially, emerge from the group stages of the tournament.

“He’s going to talk to players and figure out what else needs to be done,” the league chief revealed, adding that Chua has long flaunted logistical acumen when it comes to basketball.

Marcial said that Chua’s appointment drew a unanimous approval from the stakeholders, which included the PBA. And Chua immediately got going, proposing Mondays as a fixed training day for Gilas.

Another product of that key meeting was the designation of Sonny Barrios, SBP’s executive director, as the federation’s official spokesperson for all things World Cup.

“We sat down, we talked about it and we took all the ways to ask who are the people who could help the program in whatever capacity—coaching or managing. We already got [Barangay Ginebra coach] Tim [Cone], and I’ve always been in constant consultation with … Alfrancis. So it was just a matter of them (SMC) saying ‘let’s continue this.’”

Chua and Cone are easily two of the most prominent basketball figures belonging to SMC, whose top honcho, Ramon S. Ang, is a long business rival of PLDT/Smart top honcho Manny V. Pangilinan.

“The overarching narrative is we’re hosting the World Cup, so everyone has to got to come together,” said Reyes. “And that example must begin from the top.“

The Inquirer reached out to Chua during San Miguel Beer and Meralco’s Philippine Cup semifinal contest at the Big Dome also that night, but he begged off from being interviewed in deference to the SBP’s leadership and to other stakeholders.

Cone is expected to join Gilas for this month’s Fiba games, where the Nationals play Asia Cup silver winner Lebanon in Beirut on Aug. 25, and then Saudi Arabia here on Aug. 29.

The talent pool, which the cage leaders hope Utah Jazz guard Jordan Clarkson would banner, will feature bevy of pros from the 10 teams that won’t be competing deep in the Philippine Cup playoffs.

“I’m glad that everyone is coming together, because it could really help the cause,” said Reyes. Clarkson’s arrival will be slightly delayed and he is likely to miss the national team’s first few practice days.

“As far as we’re concerned, we’ll start the practice on the 15th. And if Jordan comes to join practices—whether that’s the 17th or the 18th—he could just come in and join,” Reyes said, adding the program is also awaiting final word from 7-foot-3 beanpole Kai Sotto.

“He has expressed his desire to play, but actually, I’m not authorized to speak on the matter because I’m not the one talking to [Sotto’s] camp,” said Reyes. “It’s the same thing. We are going to start practice. And whoever’s there, we’re going to practice with them. Anyone comes in, and if there’s still time, they are welcome.”

“But of course, if overly late, we no longer can’t accommodate that,” he added.

Read Next
With Game 1 win in back pocket, Chot Reyes wants TNT to get better
EDITORS' PICK
DOH says COVID-19 cases plateauing, but public shouldn’t be ‘complacent’
Unleash the photographer in you this World Photography Day with vivo smartphones
House energy committee chair Arroyo bats for cheap electricity
23,000 cops to be deployed nationwide for school reopening
Look Through: The fate of impounded stray dogs
What to watch out for when selecting a video surveillance solution
MOST READ
Sharon Cuneta asks for prayers for friend in ICU who suffered silent stroke
Korina Sanchez reunites with former ABS-CBN co-anchors Julius Babao, Cheryl Cosim
PBA: San Miguel ousts Meralco to arrange finals duel vs TNT
‘Dream team’: Raffy Tulfo sees no issue with ABS-CBN, TV5 merger
Don't miss out on the latest news and information.