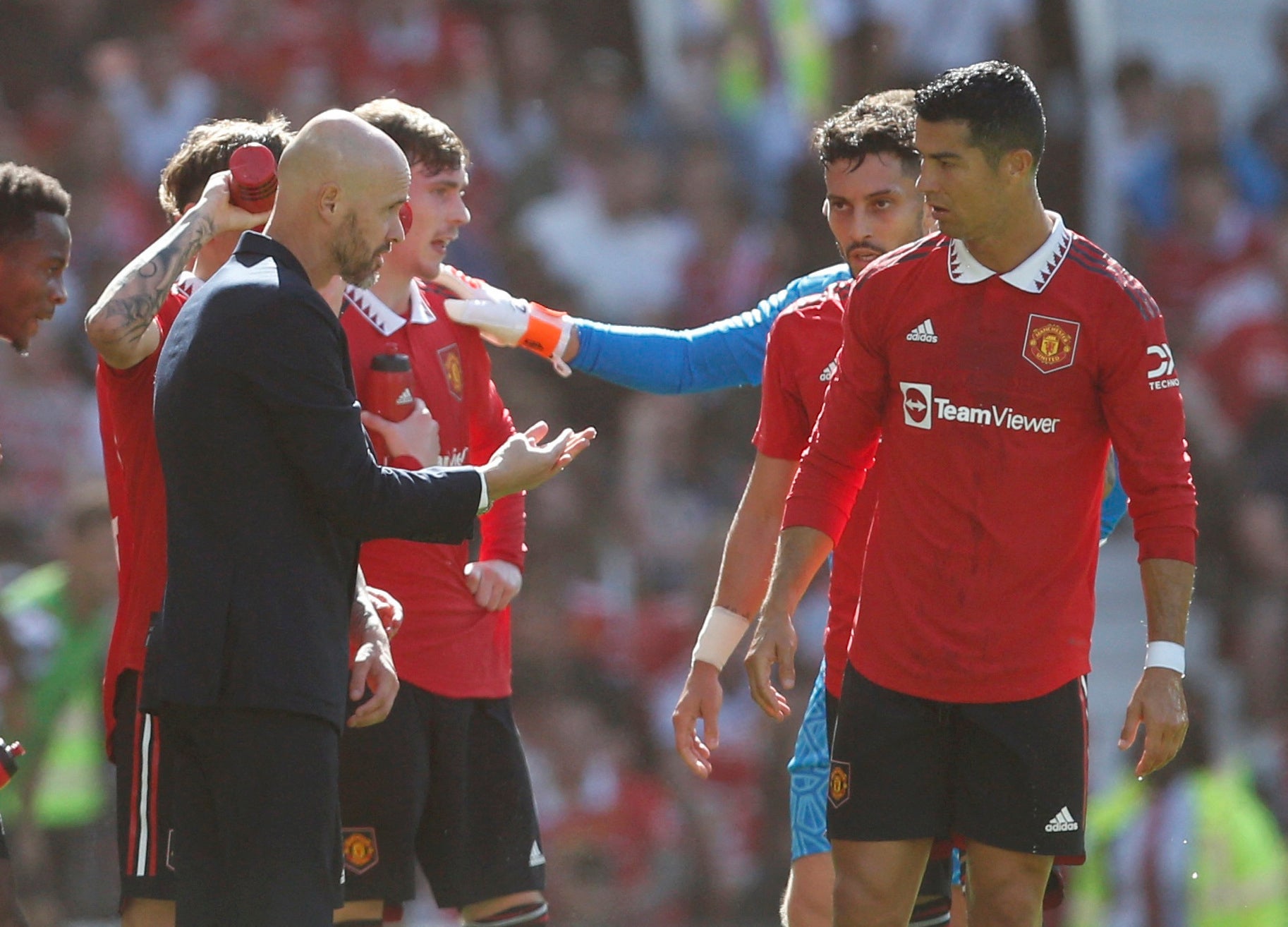 Manchester United manager Erik Ten Hag said Cristiano Ronaldo could fit into his style of play but that the forward would need to build up his fitness before getting the chance to prove he deserves a place in the team.

Ronaldo did not join United’s squad for their pre-season tour to Thailand and Australia and was left out of a friendly defeat to Atletico Madrid, but played 45 minutes in a 1-1 draw with Rayo Vallecano on Sunday.

Asked if the Portugal international can fit into his vision of how he wants United to play, Ten Hag told Sky Sports: “I think he can.

“But to start with he has to get fit, he’s just started.

“He is a fantastic football player, he proved it so many times, but you can always be judged on what you are now, what you are presenting now, performing now.”

Ronaldo’s future at United has been the subject of intense speculation after British media reported that the 37-year-old told the club that he wanted to leave so he can play in the Champions League.

United, who will play in the second-tier Europa League this term, open their Premier League campaign on Sunday against Brighton & Hove Albion.

Read Next
F1: Alex Albon to stay with Williams with dig at Oscar Piastri
EDITORS' PICK
What to watch out for when selecting a video surveillance solution
Look Through: The fate of impounded stray dogs
DOH says COVID-19 cases plateauing, but public shouldn’t be ‘complacent’
23,000 cops to be deployed nationwide for school reopening
Unleash the photographer in you this World Photography Day with vivo smartphones
House energy committee chair Arroyo bats for cheap electricity
MOST READ
Korina Sanchez reunites with former ABS-CBN co-anchors Julius Babao, Cheryl Cosim
Solons file resolutions seeking probe on ABS-CBN, TV5 merger
Sharon Cuneta asks for prayers for friend in ICU who suffered silent stroke
NATO ready to step up forces if Serbia-Kosovo tensions escalate
Don't miss out on the latest news and information.