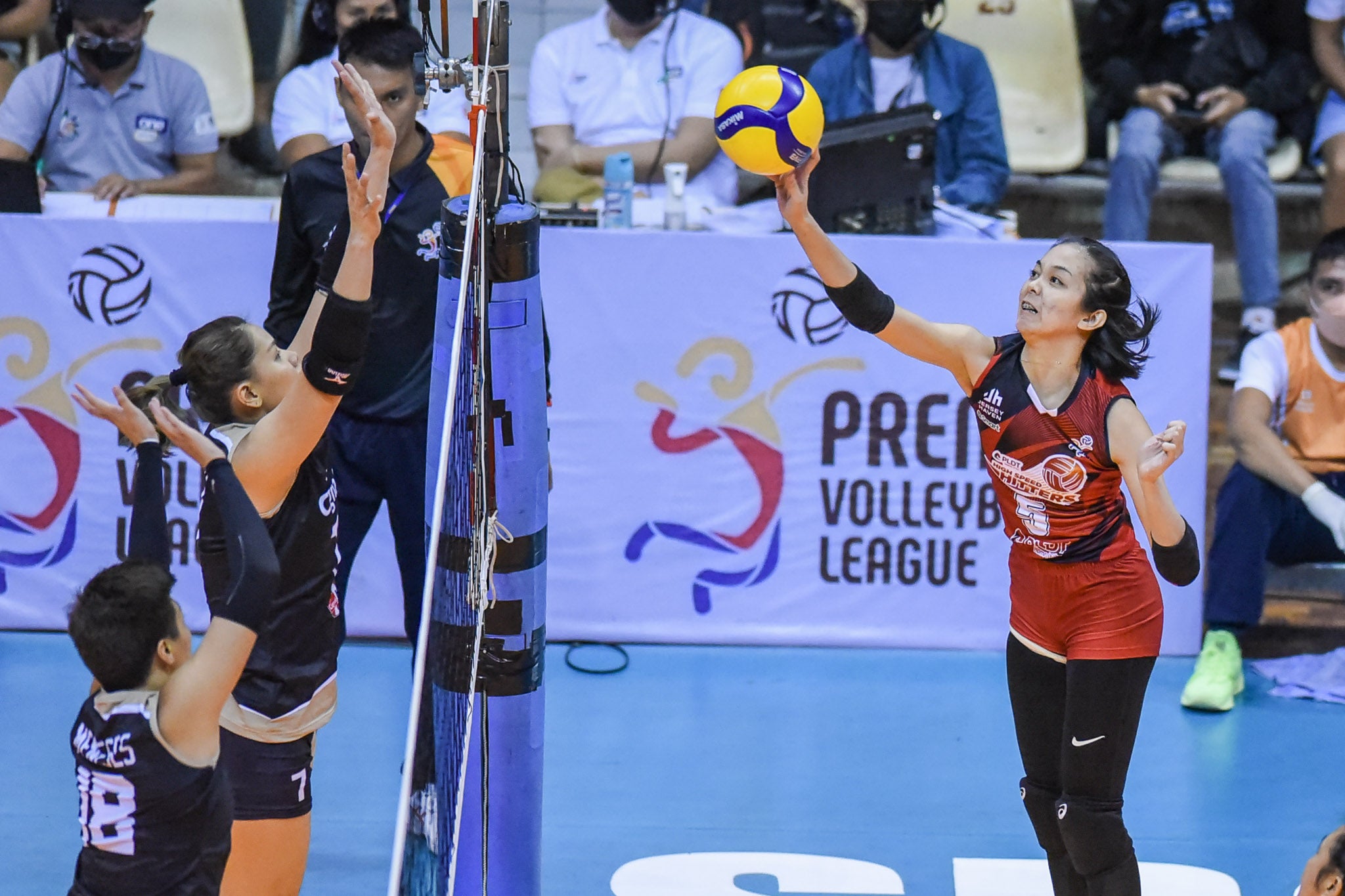 ANTIPOLO — Erika Santos put on the finishing touches in the fourth set as PLDT staved off Cignal, 15-25, 25-13, 25-23, 25-23, to earn its second win in the Premier Volleyball League (PVL) Invitational Conference semifinals on Thursday at Ynares Center here.

When the HD Spikers threatened to force a decider with a 19-14 spread in the fourth set, Santos provided the spark for the High Speed Hitters, scoring all her five points, including the match point-clinching attack and the game-winning kill to complete the comeback.

Dell Palomata showed the way for PLDT, which gained solo lead in the semis at 2-0, with 19 points off 16 attacks and three blocks. Jules Samonte had 12 points, while Mika Reyes and Toni Rose Basas added 11 markers to beat their sister team in two hours and six minutes.

Jovielyn Prado,  who missed their last seven games due to a left ankle sprain, was impressive in her return, tallying nine points and 21 digs to help libero Kath Arado in protecting the High Speed Hitters’ floor. Setter Rhea Dimaculangan made 23 excellent sets.

“Cignal is a strong team. I told my team winning and losing is a choice so we have to choose. I’m glad that they chose to win. They worked hard and it materialize,” said PLDT head coach George Pascua in Filipino. Pascua was also glad to see improvement with his team after an unsatisfactory showing in their four-set win over the eight-man Cignal last Saturday in their last elimination game to gain a semis ticket.

“It was a test of character for my team. I’m happy that my players proved that we can win against a complete Cignal,” he said.

After losing the first set by 10 points, PLDT bounced back with a 12-point rout in the second set and withstood Cignal in a tight third set encounter with Prado and Samonte scoring the last two points before Santos’ heroics in the fourth.

The HD Spikers were in full force as Ces Molina returned to action with 20 points after spraining her right ankle last week and missing a game last Saturday, while Rachel Anne Daquis had 11 points, 14 digs, and eight excellent receptions in her first game back from the health and safety protocols also last weekend.

Molina and Daquis as well as Glaudine Troncoso, Ayel Estranero, Rose Doria, and Jerrili Malabanan, who all entered the health and safety protocols last week, also returned but Cignal dropped to 0-1, losing three straight games including two from the eliminations.

Only the top two squads with the best records will reach the winner-take-all final on August 14 at Mall of Asia Arena. The two foreign teams Kobe Shinwa University of Japan and KingWhale Taipei will join the semis starting on Monday.