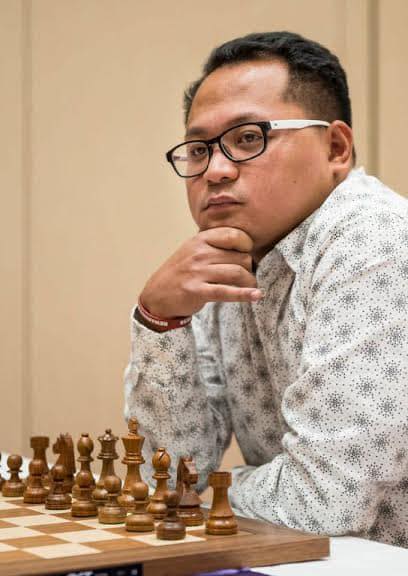 Grandmaster Mark Paragua came through with a spectacular display of woodpushing prowess Friday night as he shocked World Cup titlist and world No. 18 Jan-Krzysztof Duda and forced s tunning draw on fifth seed Poland in the 44th World Chess Olympiad in Chennai, India.

GM Banjo Barcenilla drew with super GM Kacper Piorun on second board as the Philippines remained glued to 17 other countries at 14th place with 10 match points.

Barcenilla’s draw and the deadlock between GM John Paul Gomez and GM Wojciech Moranda on third board, plus GM Darwin Laylo’s time-pressured defeat to

GM Mateusz Bartel on fourth board left the Philippines trailing .5-1.5.

Paragua, however, came through with a sterling performance as the country forged a third straight impressive result after beating Sweden and holding Israel to a tie.

The Filipinos hope to improve on their standing as they face another heavyweight in Greece in a match that was scheduled to start as of posting.

In the women’s draw, the Filipino women stormed back into significance after drubbing the listless Bolivians, 3.5-.5, on wins by WGM Janelle Mae Frayna, and

WIMs Marie Antoinette San Diego and Kylen Joy Mordido on boards one, two and four and a draw by WIM Jan Jodilyn Fronda on board two.

They were clashing with the favored Slovenians at press time.