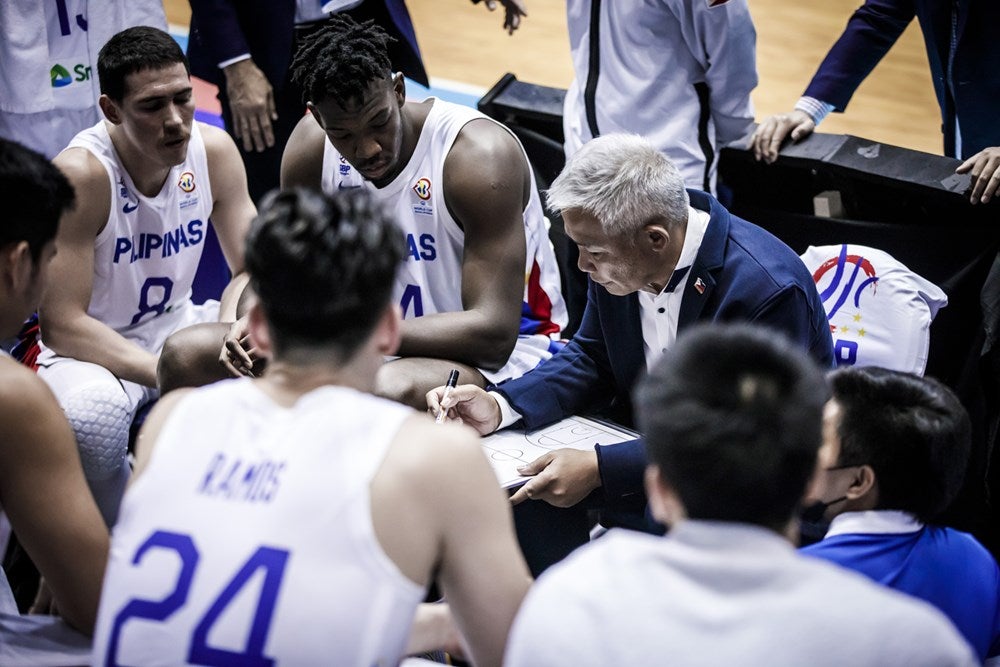 This is after national team coach Chot Reyes made comments saying that Gilas Pilipinas’ isn’t pressured to win against Lebanon in the qualifiers.

“Coach Tim (Cone) repeated it: we really don’t need to win the game against Lebanon. It’s going to be good for PR. It’s going to be good, I guess, for me with my haters. But for the whole team’s objective? Not necessarily,” Reyes told the reporters three days ago after TNT’s game in the PBA.

Barrios came to Reyes’ defense, saying that the coach only meant that Gilas since already qualified for the World Cup as the host, it can try different combinations of players in the windows.

“I took it up with him. You know, he is aware, the coaches are aware, including Tim Cone who just joined the group, that from the top and when I say from the top, Mr. (Manny V.) Pangilinan, the objective is to win the game that we play. That’s the objective,” said the SBP official during his guesting at the Philippine Sportswriters Association Forum on Tuesday.

“For example,  August 25th and 29th, we’re not fielding our best team for the World Cup. Like I said, the luxury of evaluating several players or many players and many combinations is a gift to us, effectively. Not really a gift, we earned it… We are automatically qualified not just because we’re host, but because of our world ranking,” he added.

Barrios assured that Gilas will put up a good fight against Lebanon on the road on August 25 and against Saudi Arabia on Aug. 29 at the Mall of Asia Arena.

“We’re not going there to walk in the park, definitely not. They will try their best and live and die on the court if necessary, to win. The desire to win will always be there,” he said.

The SBP spokesperson also believes the winning culture that Reyes and his coaching staff Tim Cone, Goldwin Monteverde, Jong Uichico, and Nenad Vucinic will bring out the best in the pool, led by Jordan Clarkson.

“Our coaching staff are winners from Chot to Tim to Jong and Coach Nenad. I want to assure our public not to leave Gilas behind. We all know that the expectations are high but we’re trying our best,” Barrios said.