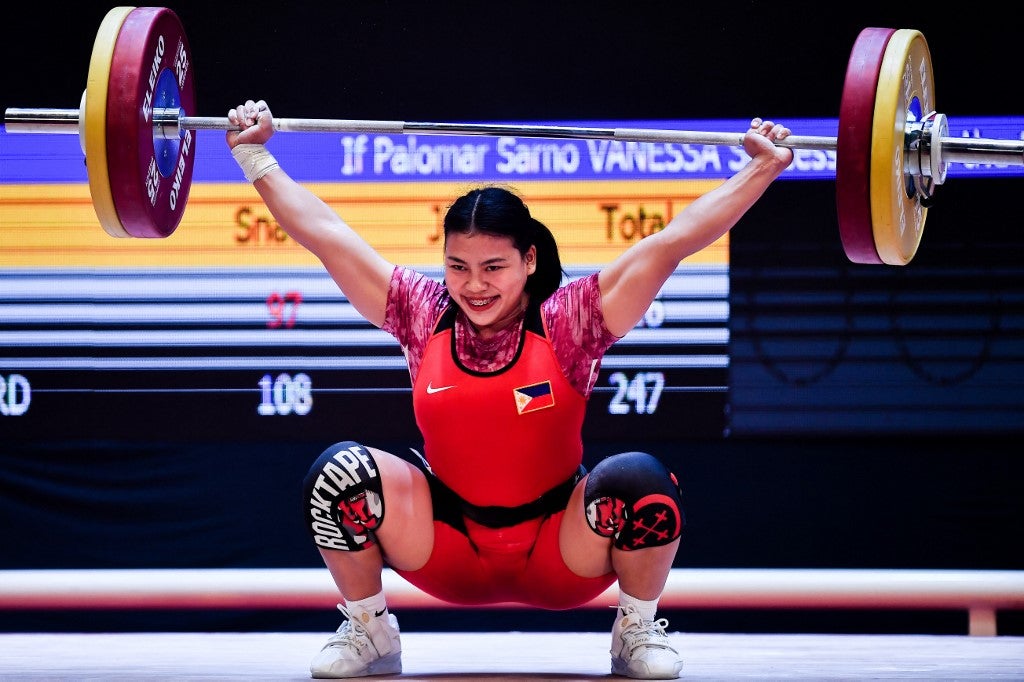 Asian champion Vanessa Sarno and Kristel Macrohon are already ripe for the 2024 Paris Olympics while continental youth champion siblings Rose Jean and Rosegie Ramos are being groomed for the 2028 Los Angeles Summer Games.

The country’s weightlifting federation would like to discover more of their kind in the ongoing Smart-Samahang Weightlifting ng Pilipinas National Open Championships in Tagbiliran, Bohol.

“We are searching for the next pool of future Olympians. We hope to find them here in the national open,’’ said SWP president Monico Puentevella.

Olympic gold medalist Hidilyn Diaz and fellow Tokyo Olympian Elreen Ando headline the cast of more than a hundred children and aspirants in the national open designed to find several diamonds in the rough and represent the nation in international meets.

“This is an open tryout, including the members of the national pool. There are no exceptions, all of them must compete and perform well,’’ said Puentevella.

The three-day weightlifting nationals began on Wednesday and will end on Friday with the aspirants all looking to play in forthcoming international tournaments beginning with the Southeast Asian Games in Cambodia next year.

The national lifters are likewise bound for the Asian Games next year in Hangzhou, next month’s Asian Seniors Championships and the World Championships in December.

To excite the home crowd of Boholanons, Sarno will showcase her prowess in front of her fans in Tagbilaran together with Macrohon as well as the Ramos sisters who led Team Philippines to a record 15 gold medals in the recent Asian youth and junior championships.

The Open is sponsored mainly by the Philippine Sports Commission and the MVP Sports Foundation. Tagbilaran Mayor Jane Yap and Gov. Erico Aumentado graced the opening ceremony. There will also be a doping seminar sponsored by PSC under Dr. Alex Pineda before the start of competition.