PVL: KingWhale grinds out win vs Creamline to earn ticket to final 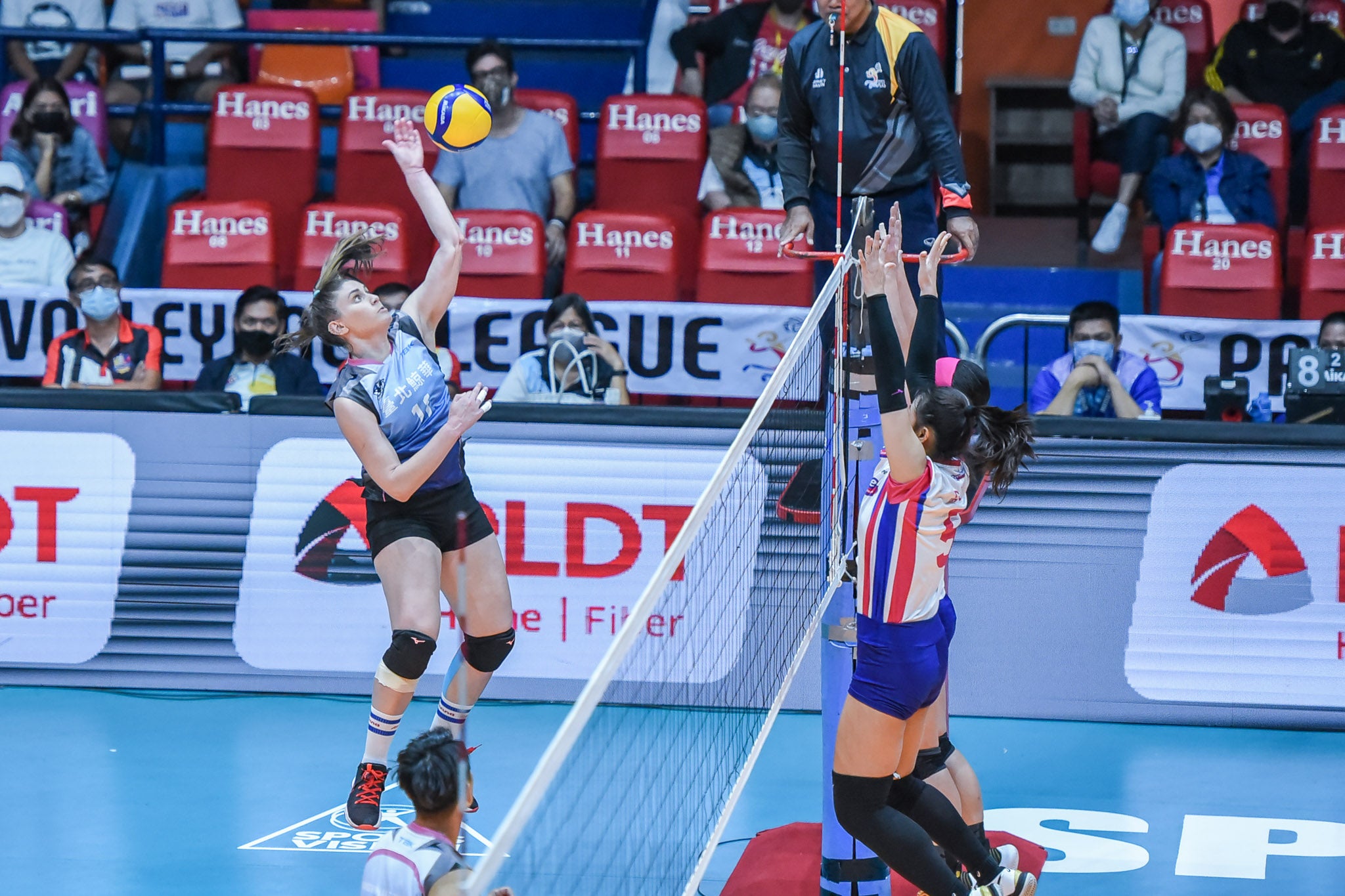 MANILA, Philippines — KingWhale escaped the upset bid of Creamline’s second unit for the 25-15, 17-25, 25-22, 24-26, 15-5 win to earn a ticket to the gold medal match of the Premier Volleyball League Invitational Conference on Friday at FilOil EcoOil Centre in San Juan.

With Creamline missing Jeanette Panaga and Jema Galanza due to an index finger injury and Alyssa Valdez spraining her left ankle in the third set, the Cool Smashers drew a strong showing from their bench as Rose Vargas and Michele Gumabao put on the finishing touches inthe fourth set to force a decider.

However, KingWhale regained its dominant form in the fifth set with Chang Chih-Hsuan scoring four of her 14 points in the fifth set to build a formidable 12-4 lead. Chen Li-Jun also nailed the timely hits to forge a winner-take-all Final against the Cool Smashers on Sunday at Mall of Asia Arena.

Creamline was only limited to two attack points in the fifth set as its three points came from Taipei’s errors. But KingWhale coach Teng Yen-Min still praised the top local team after its bench players pushed them to their limits.

“Creamline is a great team in the Philippines. We had a two-day break to do our efforts in two days. Today, against Creamline, we felt excited and satisfied. Against PLDT and Creamline in the fifth set, we felt they had great teamwork,” said Teng shortly after the match.

The Cool Smashers are already the best local PVL team, earning the right to represent the country in the AVC Cup from August 21-29.  But a high-ranking team official said they are still meeting and weighing if they are joining the tournament.

The Taiwanese spikers will play a no-bearing game against Cignal on Saturday before the latter battles PLDT in a bronze medal match.

Tots Carlos had 15 points for Creamline. Valdez had 11 markers before she sustained an ankle injury after landing on Carvalho’s foot off a block attempt in the third set.

Gumabao played her best game of the season with 11 points, while Vargas added nine points, 20 excellent receptions, and 10 digs.