PVL: KingWhale coach believes everyone in Creamline can be a ‘threat’ | Inquirer Sports 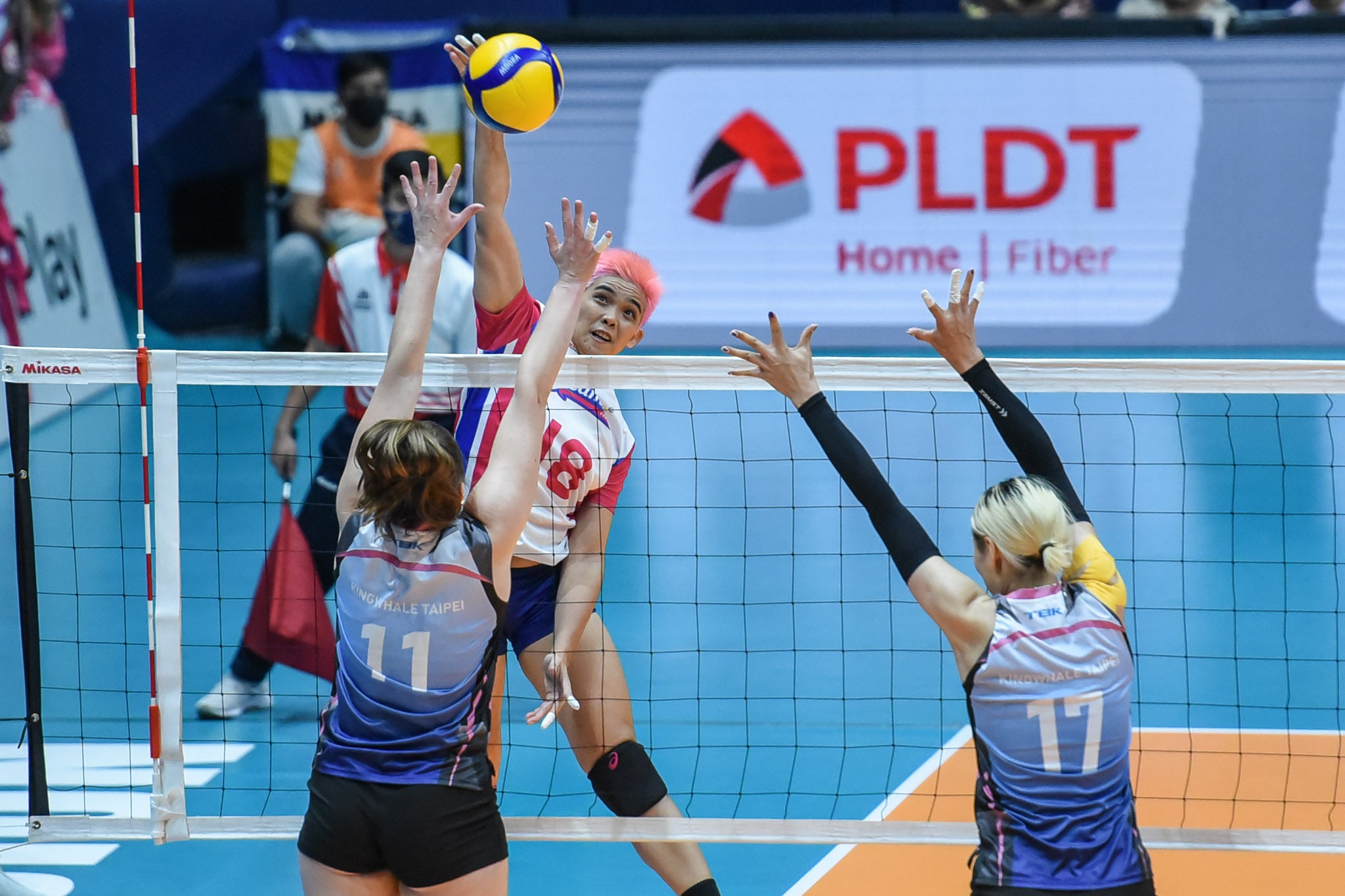 MANILA, Philippines — KingWhale coach Teng Yen-Min sees every player from Creamline as a threat, particularly Tots Carlos and Michele Gumabao, as they square off for the Premier Volleyball League Invitational Conference crown on Sunday at Mall of Asia Arena.

The Taipei coach is hoping her former player in Attack Line, Alyssa Valdez, can play in their one-off championship match but she also is closely monitoring Carlos and Gumabao.

Carlos, the reigning Open Conference MVP, strengthened her case to win the top individual award this midseason tournament after consistently leading Creamline in the eliminations and semifinal round.

Gumabao was a revelation from the bench against KingWhale, delivering 11 points, including the clutch attacks in the fourth set to push the Taiwanese to a five-setter.

After winning all of their four semis matches, Teng is expecting a stronger Creamline in their final match as coach Sherwin Meneses rested Jema Galanza and Jeanette Panaga and fielded all his bench players in their no-bearing match a day ago.

The KingWhale coach shared that a lot of Taiwanese are watching their matches back home and she has no plans of disappointing her supporters, eyeing nothing but the PVL crown.

“We can and we will bring 101% to the match,” she said. “There are actually a lot of Taiwanese who are watching our matches right now so we will really do our best tomorrow.”

But whatever happens, Teng is already grateful for the experience that her young team gained in the Philippines’ pioneering volleyball league before seeing action in Taiwan in October.

“Our time here in the Philippines is very limited, it’s only been a week. We have to allot our time for five games (including) the match tomorrow but I think that the PVL is a very good organizer and did quite well in accommodating us and we thank them,” she said.