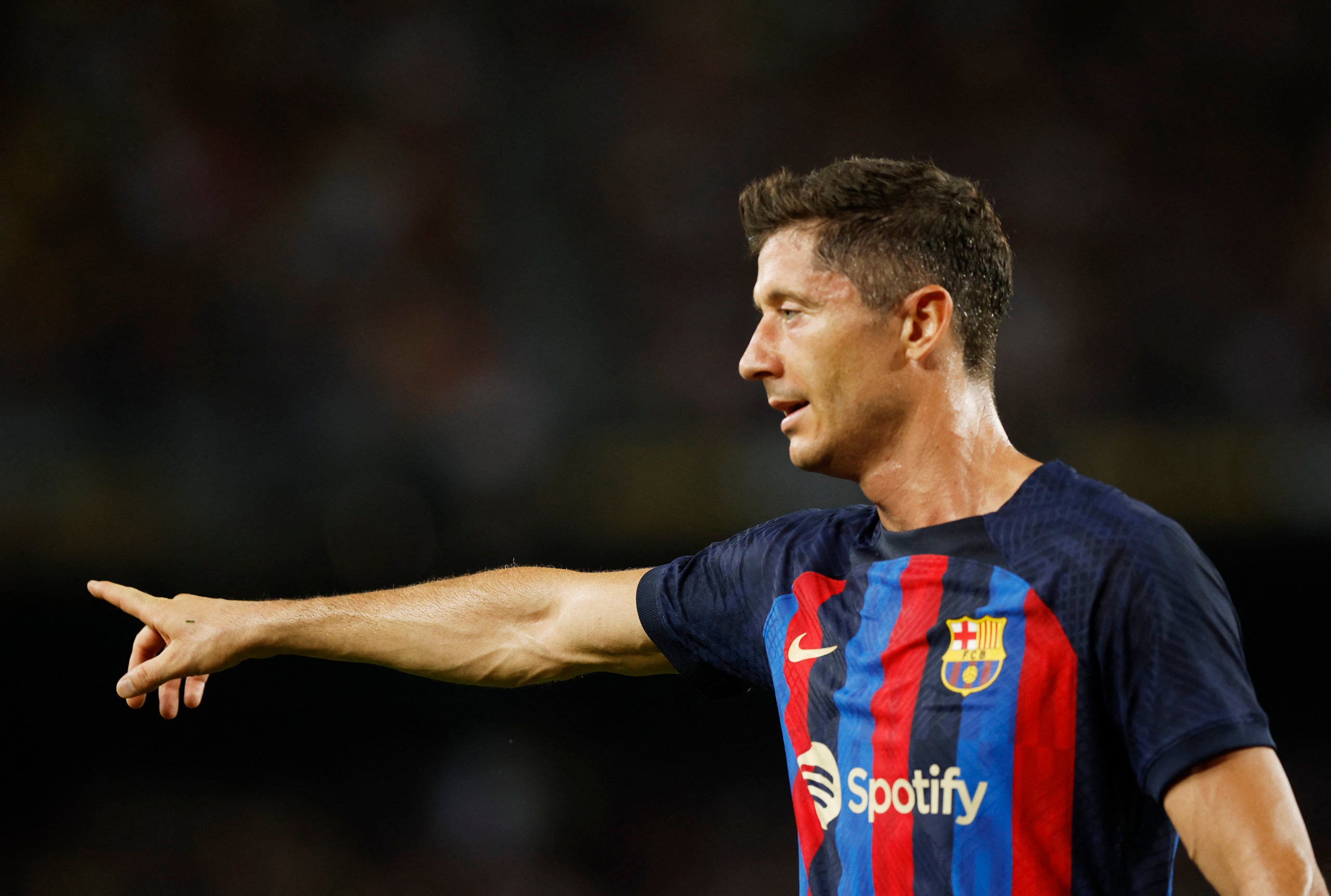 BARCELONA – Robert Lewandowski’s Barcelona debut ended in a disappointing 0-0 home draw with Rayo Vallecano at Camp Nou in their first LaLiga game of the season on Saturday.

It was a frustrating night for Barca whose fans showed up at an almost sold-out stadium to see their new team headlined by Poland striker Lewandowski, the twice FIFA Best Player of the Year winner, and Brazil winger Raphinha.

Barcelona dominated the match with almost 70% of possession and 18 goal attempts to two for Rayo.

But the two best chances fell to the visitors, Alvaro Garcia thwarted by a brilliant save by Marc Andre ter Stegen and Sergio Camello shooting wide.

Rayo’s five-man defense did a superb job in shackling Lewandowski, who barely touched the ball the entire game.

Most of Barca’s chances in the first half came from wingers Raphinha and Dembele, who linked up well and gave the team an attacking threat.

Barca coach Xavi Hernandez tried to break the deadlock by sending on forwards Ansu Fati and Pierre-Emerick Aubameyang from the bench, but Rayo showed real grit to hold out for the draw.

As the frustration mounted for Barca, their captain Sergio Busquets lost his cool and was sent off for an elbow to the face of Falcao Garcia in stoppage time.

Goalkeeper Stole Dimitrievski kept a clean sheet for the third consecutive time against Barcelona after Rayo won both games against the Spanish giants last season.

He made a couple of crucial stops in the second half, one from a Busquets long-range shot and another from a strike by Raphinha.

“We tried as much as we could but we lacked aim and effectiveness. Maybe the pressure and expectation got a little under our skin,” Xavi told DAZN.

“It will be a process, Rayo knew how to defend deep and hold on to their strategy with an outstanding discipline.

“We have to be patient and keep working. Better days will come.”