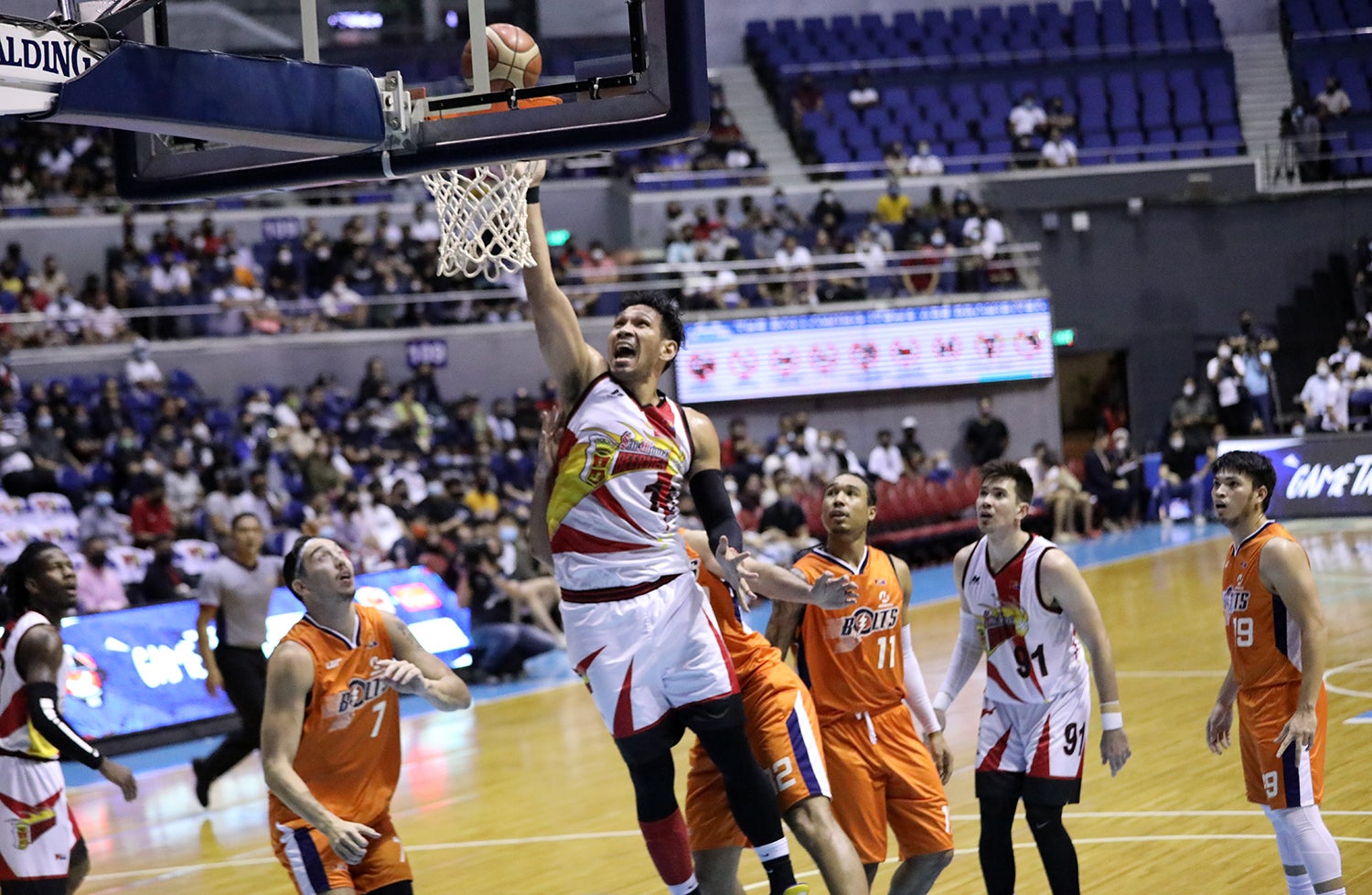 MANILA, Philippines–San Miguel Beer earned the right to face defending champion TNT in the 2022 PBA Philippine Cup Finals after brushing aside Meralco, 100-89, in the deciding game of their semis series on Wednesday at Smart Araneta Coliseum.

The Beermen went on a strong start and never looked back, preventing a similar meltdown they encountered in a shock Game 6 defeat to secure a spot in the league’s biggest stage for the first time since winning the 2019 Commissioner’s Cup.

But it was not just Fajardo and Perez who delivered as Marcio Lassiter, Vic Manuel, Jericho Cruz, Mo Tautuaa and Simon Enciso were instrumental on both ends of the floor for SMB.

“We know that we can beat them if we can stop their hustle points, transition plays, offensive rebounds and their relentless, swarming defense which brought them to the semifinals,” said Beermen coach Leo Austria.

SMB will take on TNT in a best-of-seven series which starts Sunday at the Big Dome in a rematch of last season’s Philippine Cup semis.

TNT took down San Miguel in that series that reached the full seven games in Bacolor, Pampanga, eventually winning the All-Filipino crown over Magnolia.

Meralco, which stole Game 6 after coming back from 10 down in the final four minutes to claim a 96-92 win last Sunday, never made it a competitive affair as SMB raced to a 12-2 start and fell 34-14 in the second.