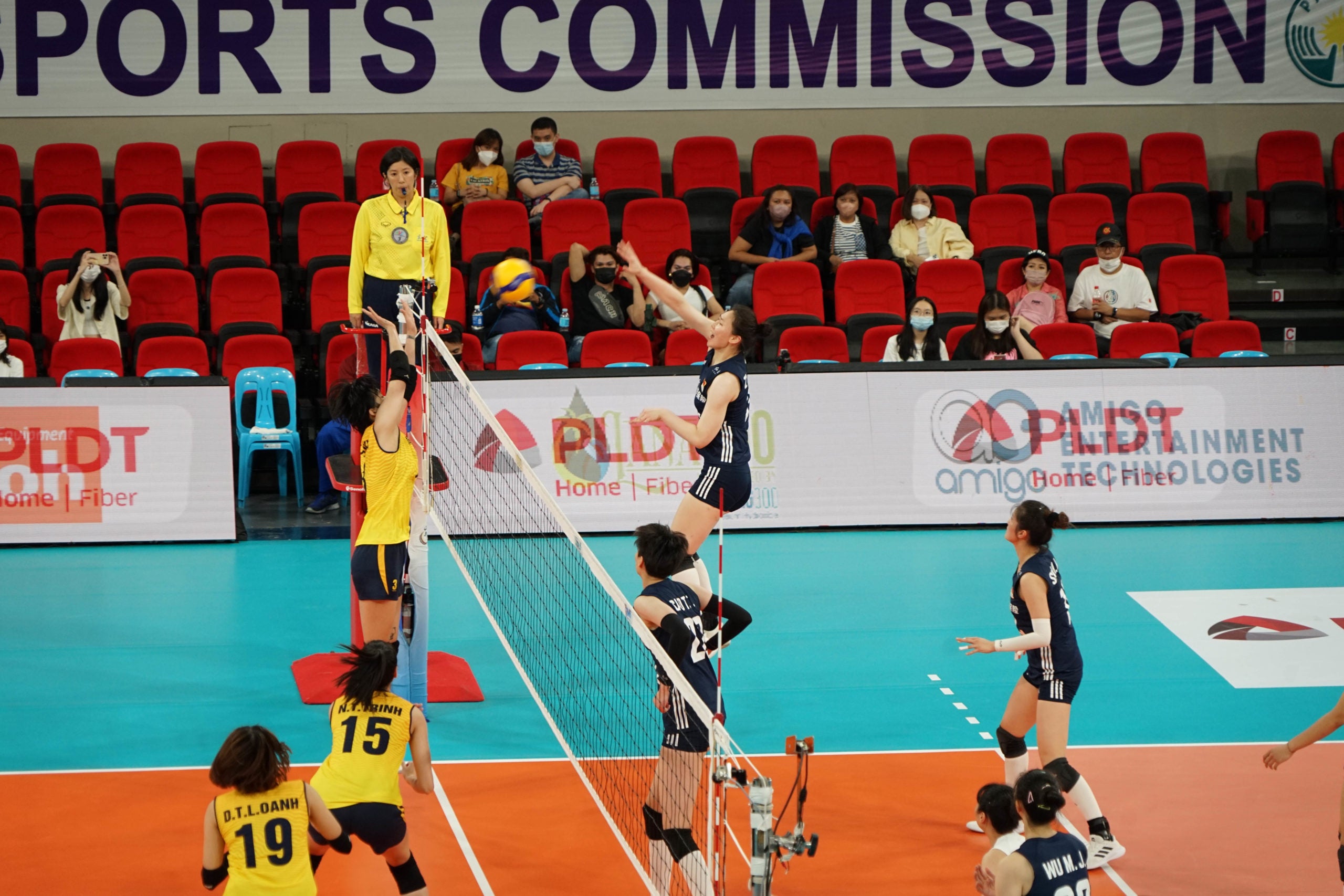 China vs Vietnam in the AVC Cup for Women. –CONTRIBUTED

MANILA, Philippines — China and Japan earned their second victory to keep the early lead in their respective groups in the AVC Cup for Women on Monday at PhilSports Arena.

The Chinese flirted with disaster, squandering a two-set lead and a 9-5 advantage in the fifth set that allowed the Vietnamese to tie the decider 10-all.

Zhou Yetong gave her team a 13-11 breather before Zhuang Yushan nailed the back-to-back kills to complete the win in two hours and 21 minutes.

Zhou erupted with 27 points built on 23 spikes and four blocks, while Zhuang chipped 21 points to keep the five-time AVC Cup champion on top of the standings before facing host country Philippines on Tuesday at 7 p.m.

Wu Mengjie and Hu Mingyuan were also instrumental with 17 and 16 points, respectively. Japan vs Chinese Taiper in the AVC Cup for Women. –CONTRIBUTED PHOTO

Yuki Nishikawa starred in the Japanese’s collective effort, scoring eight of her 11 points in the first set that paced their dominant win.

Miyu Nakagawa, Mizuki Tanaka, and Asuka Hamamatsu had nine points each to follow up their three-set conquest of Thailand on Sunday with another victory.

“It’s kinda hard for us to get on our own pace but in the end, we were able to play our volleyball. That was really nice,” said Japan playmaker Mika Shibata through an interpreter after dishing out the brilliant plays and scoring four points.

“We are getting better and better, little by little. We got to play our volleyball. The fact that we are winning two games in a row, that’s great,” she added.

The Taiwanese seek to bounce back on Tuesday at 1 p.m. against Australia, which will be Japan’s last game in Pool B on Thursday.