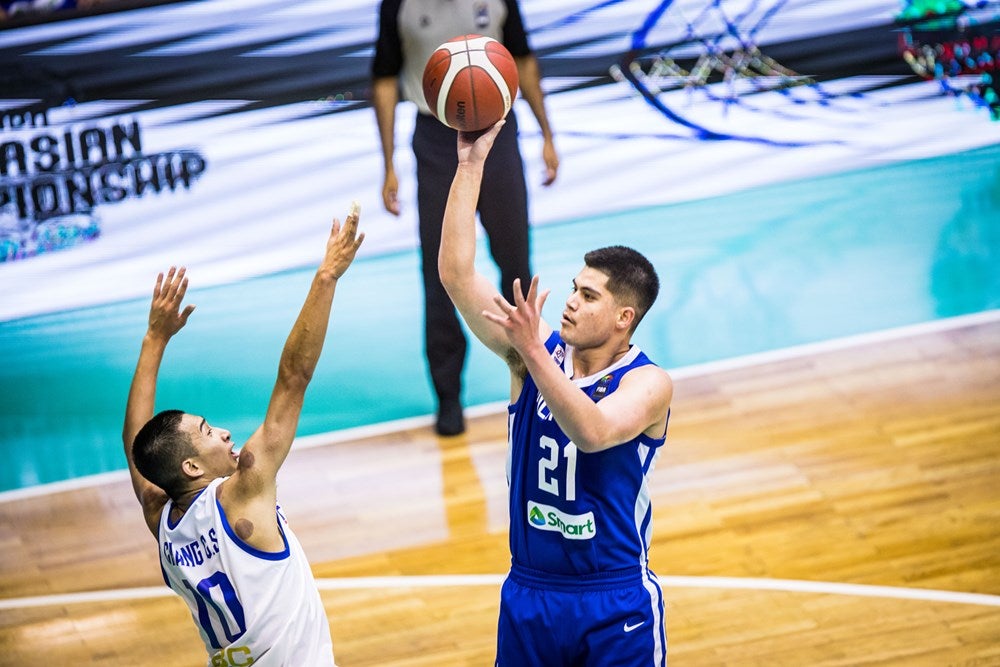 Mason Amos with another big game for Gilas Pilipinas Youth in the Fiba U18 Asian Championship. –FIBA BASKETBALL

MANILA, Philippines — Mason Amos came to the rescue in the fourth quarter as Gilas Pilipinas youth team fended off Chinese Taipei, 84-73, on Tuesday to stay unscathed heading into the quarterfinal of the Fiba Under-18 Asian Championship at Azadi Basketball Hall in Tehran, Iran.

Gilas is entering the playoffs as the No.1 seed after completing the sweep of Group C which included big wins over Syria and Qatar in the past two days.

The 6-foot-7 Amos delivered 13 of his 28 points in the payoff period, highlighted with a big trey to beat the shot clock for a 79-68 separation with 2:05 remaining as Gilas Pilipinas never looked back.

The Ateneo commit, who shot 12-of-20 from the field, also had six rebounds and three assists.

Another victory will propel Gilas Youth to the Fiba U19 World Cup. The top four countries will qualify.

Chinese Taipei finished 2-1 in Group C before entering the quarters.