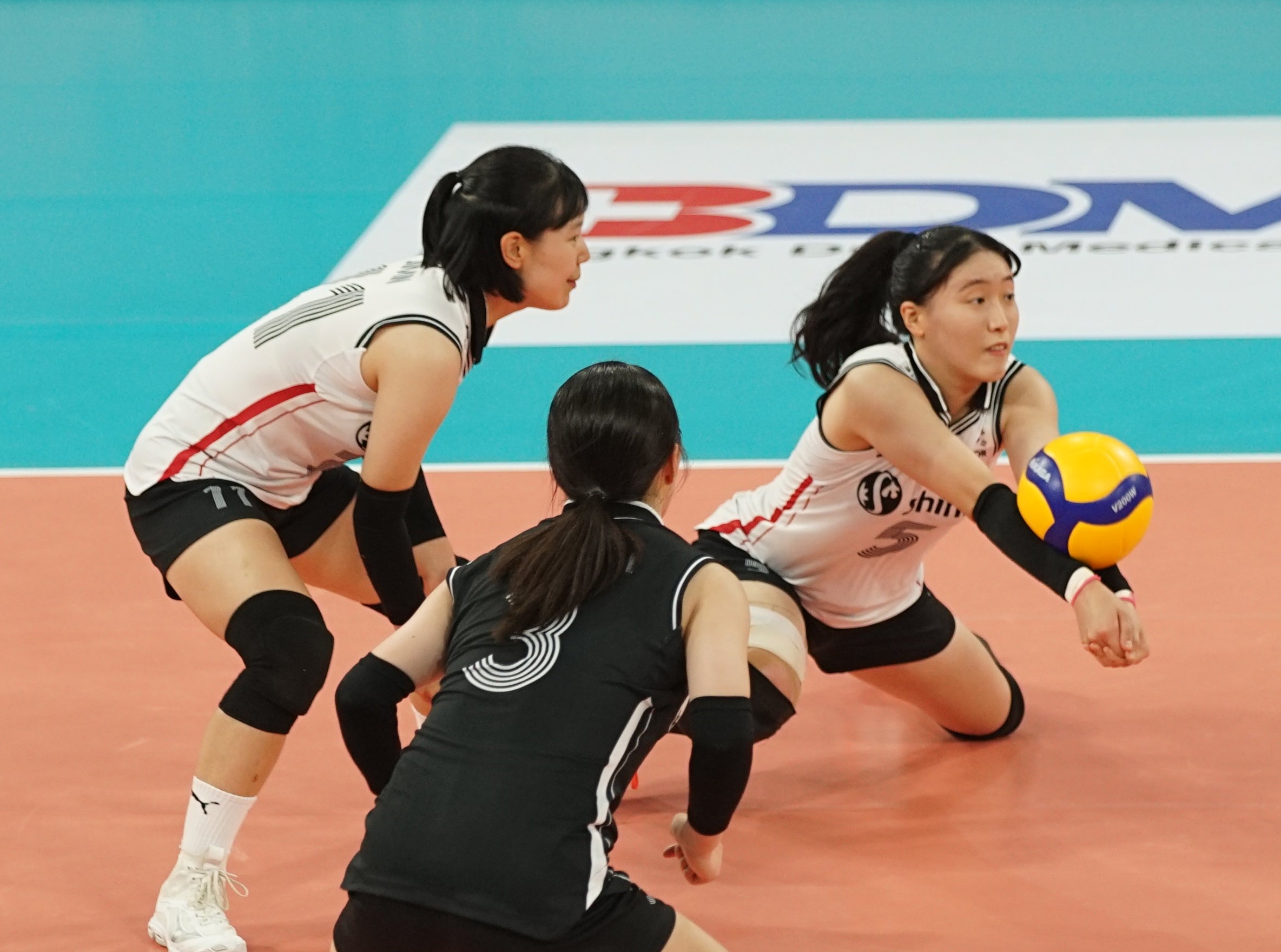 Members of South Korea team in the AVC Cup for Women. –CONTRIBUTED PHOTO

After yet another loss in the Asian Volleyball Confederation (AVC) Cup for Women on Wednesday, the battlecry became clear for a South Korean team made up of high school students.

“Our goal for tomorrow is to at least to win against the Philippine team,” said Hwang Jimin through an interpreter.

The young Koreans battle Creamline-Philippines on Thursday, with both squads eager to put on a show in their matchup.

The high schoolers now brace themselves for a showdown against a Philippine squad bannered by the likes of Tots Carlos, Jema Galanza and Michele Gumabao.

“We’ve seen them play and they played well against the other team,” Hwang said. “We have to focus on their wing players.”

Hoping to reach the quarterfinals and avoid a last place finish, South Korea is seeking to neutralize Creamline’s scorching trio led by Carlos, who scored 15 points against China. Gumabao and Galanza dropped 11 each against the reigning champions.

Vietnam secured at least the No.2 seed heading to the quarterfinals after Nguyen Thi Uyen helped deliver the team’s third win in four games with 13 points, including two blocks. Ly Thi Luyen had 10 points.