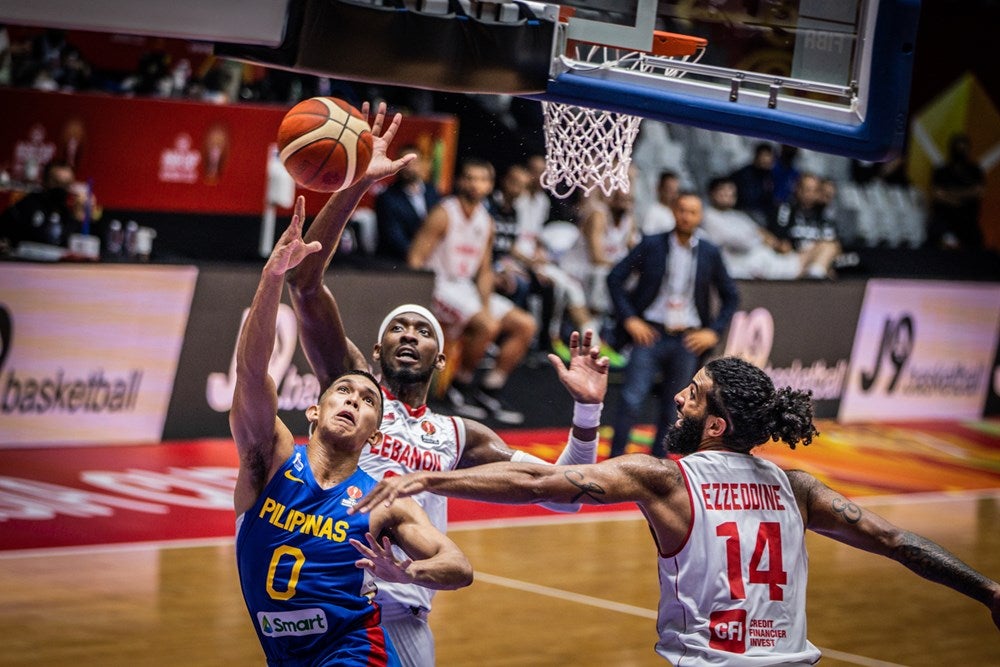 A rejigged Gilas Pilipinas takes on Lebanon late Thursday evening in Beirut (early Friday morning in Manila), not only looking to avenge a manhandling last July, but also eager to pilot a cast that could very well form the core of the team that will compete in the 2023 Fiba (International Basketball Federation) World Cup that the country will host.

The Philippines and the Cedars tangle at Nouhad Naufal Sports Complex, looking less at a disadvantage with Utah Jazz star Jordan Clarkson as its spearhead and eager to reboot a campaign that has started on the wings of controversy.

The Filipino-American Clarkson, who will be serving as the squad’s naturalized player, will lead a tall and athletic cast that also packs defensive muscle.

National coach Chot Reyes will have the luxury of tapping that feature with the Philippine Basketball Association’s (PBA) winningest coach, Tim Cone, taking care of that front on top of player scouting.

And Lebanon will command an intense defensive effort from the Philippines in their Asian Qualifiers duel.

On top of its 5-1 win-loss record, the Cedars have also been the finest in the qualifiers when it comes to points scored and the third-best in efficiency among the 15 nations duking it out for a berth in the global showcase here next year.

The Nationals will certainly be armed with defensive teeth now, giving Reyes a chance to smooth over issues that have dogged him during a run of poor results that included the loss of the country’s long-held Southeast Asian Games crown.

Japeth Aguilar is shaping up as the anchor of Gilas’ defense, being the PBA’s leader in average blocked shots (2.6).

Newcomer Jamie Malonzo should also immensely contribute in that regard, turning in 1.9 blocks and 1.4 steals—both the third-best in the local pro league.

Lebanon is expected to field the very same squad that dealt the Nationals a 95-80 loss during the Asia Cup last July.

The Philippines, however, will feature a vastly different roster from that defeat, featuring the likes of 7-foot-3 Kai Sotto, two-way guard Chris Newsome, stretch forward Calvin Oftana, along with do-it-all aces Dwight Ramos and Scottie Thompson, the PBA’s reigning Most Valuable Player.

The only players who will suit up for the rematch and were present in that losing stand in Jakarta are Ray Parks, Jr., Carl Tamayo and brothers Kiefer and Thirdy Ravena.

A victory for the Philippines should be a welcome improvement to its 2-2 record in the tournament. The Nationals scored their two victories in the showcase were against inexperienced India.

But more importantly, it will give the program a glimpse of who are the best players to surround Clarkson, the focal point of the roster to the World Cup that will tip off on Aug. 25 next year.

“The whole idea is [to get him] ready to play at his highest level with a team in 2023, during the World Championships,” he added.

The game against Lebanon will take place at 9 p.m. on Thursday in Beirut (2 a.m. on Friday in Manila). It will be streamed live via the Smart Giga Play app. For those who want to stream the game later, the app will run a replay of the game at 8:30 a.m. on Friday.