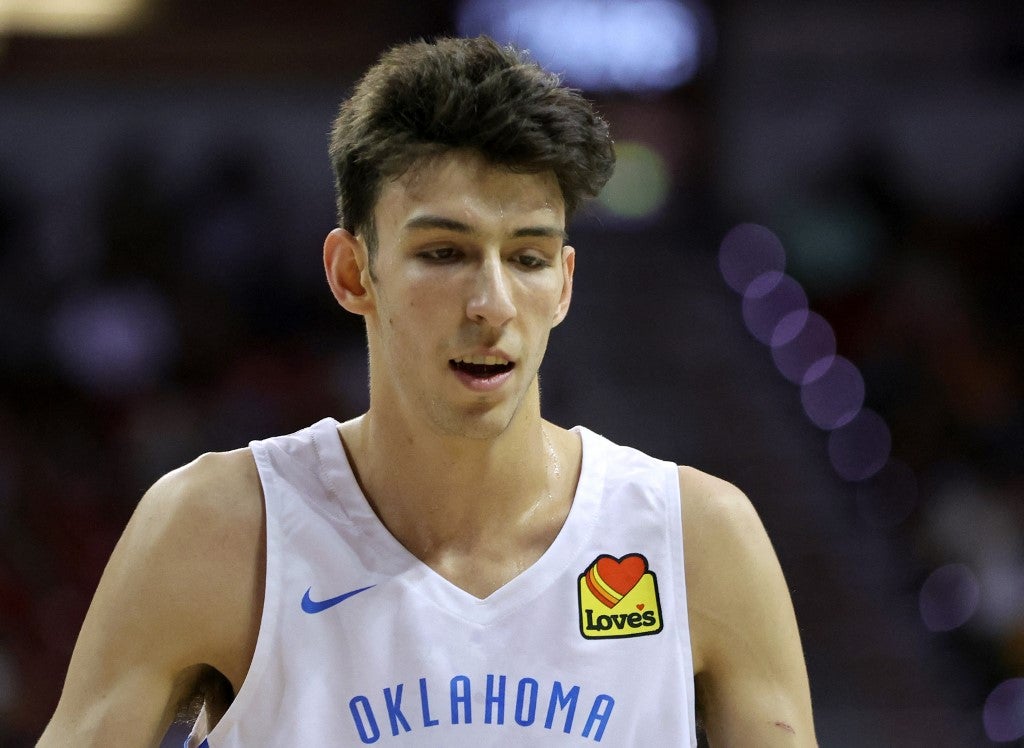 Chet Holmgren #7 of the Oklahoma City Thunder smiles on the court during a game against the Orlando Magic during the 2022 NBA Summer League at the Thomas & Mack Center on July 11, 2022 in Las Vegas, Nevada. Ethan Miller/Getty Images/AFP

Holmgren, the No. 2 overall pick in the 2022 NBA Draft, was injured during Saturday’s CrawsOver Pro-Am game in Seattle. He was defending LeBron James on a fast break when the injury occurred.

“Certainly, we are disappointed for Chet, especially given the excitement he had about getting on the floor with his teammates this season,” Thunder general manager Sam Presti said in a statement. “We know Chet has a long career ahead of him within our organization and the Oklahoma City community. One of the things that most impressed us during the process of selecting Chet was his determination and focus. We expect that same tenacity will carry him through this period of time as we work together and support him during his rehabilitation.”

Presti told reporters later on Thursday that the team is optimistic about Holmgren’s long-term recovery.

Saturday’s exhibition eventually had to be called in the second quarter due to unsafe court conditions. Humid conditions plus a crowd of roughly 3,000 caused condensation on the floor at Seattle Pacific University.

Presti, however, said he did not consider the condensation element to be a factor in Holmgren’s injury.

Holmgren averaged 14.0 points and 8.4 rebounds in five games for the Thunder at the Las Vegas Summer League.