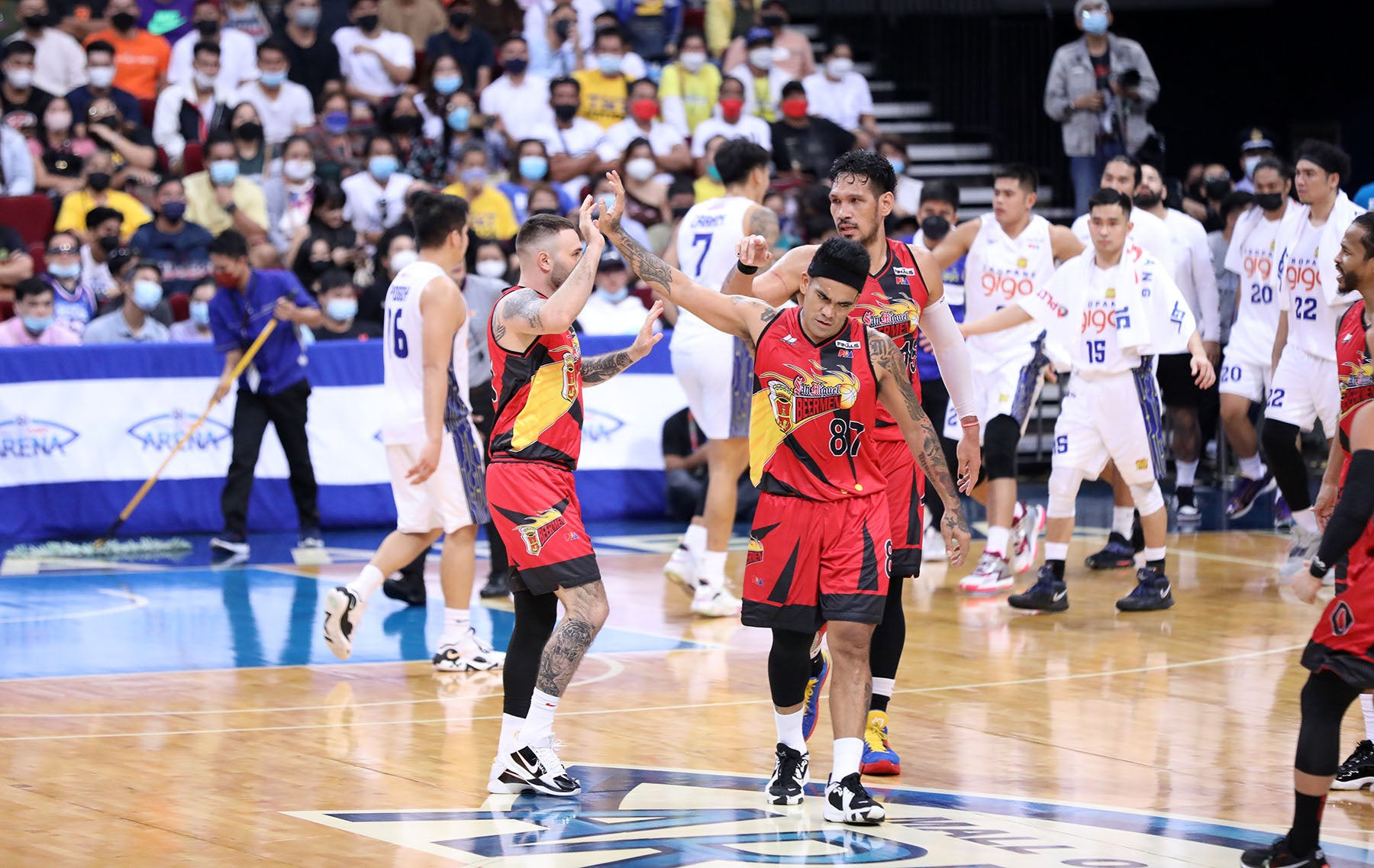 MANILA, Philippines-Robbie Herndon redeemed himself from a big blunder late in regulation and became the unlikely hero in San Miguel’s 108-100 overtime win that gave the Beermen a 2-1 lead over the TNT Tropang Giga in the 2022 PBA Philippine Cup Finals.

Used for the first time in the title series, Herndon knocked down five points in the extra five-minute session as the Beermen escaped with the victory Friday night inside Mall of Asia Arena.

But Herndon nearly turned into a goat with 11.7 seconds left when he was whistled for a second delay of game warning, resulting in a technical foul.

RR Pogoy made the free throw that tied the count at 94-all, but Jayson Castro, who had made three game-winning baskets this conference, couldn’t convert his attempt in the final seconds of the fourth.

Herndon’s putback and open three from the left side gave the Beermen a 99-94 lead in the first 90 seconds of overtime, putting the fire out of the Tropang Giga’s determined stand.

The reserve wingman stepped up after Marcio Lassiter and CJ Perez both fouled out during the fourth. He finished with eight points and four rebounds in just eight minutes.

Pogoy’s 25 points, Castro’s 17 and Poy Erram’s 11 points, 15 rebounds and four blocks couldn’t prevent TNT from falling behind for the first time in the best-of-seven affair.