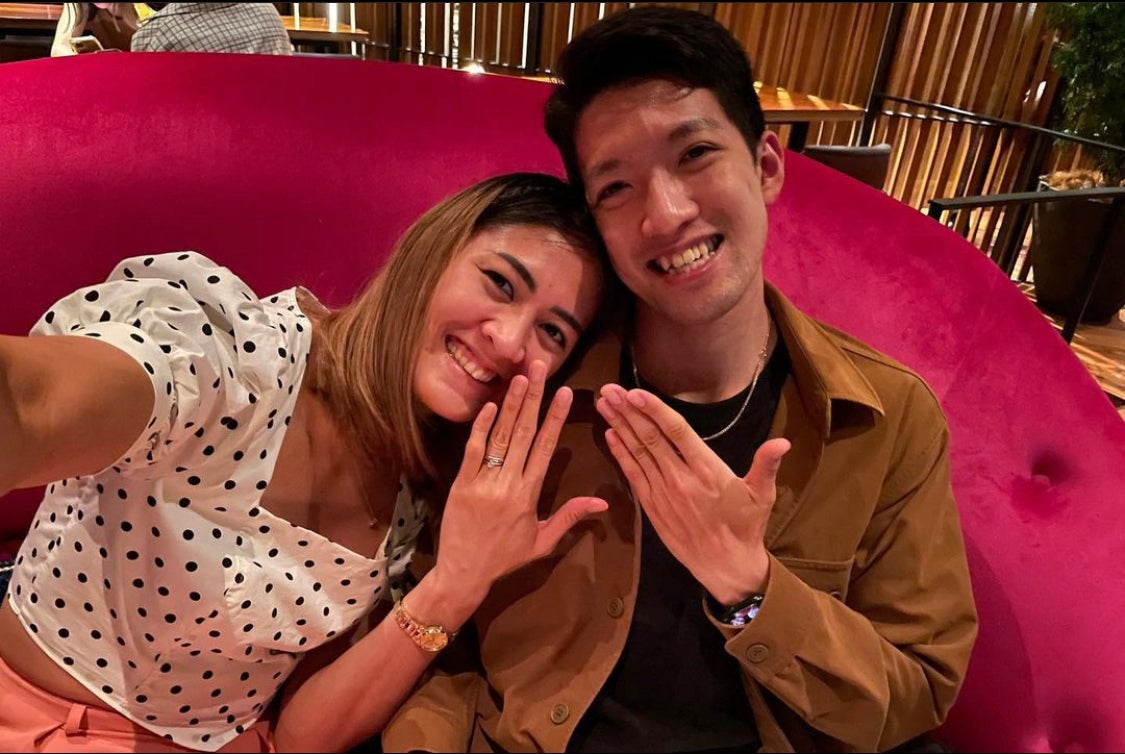 The 26-year-old Ageo Medics import on Saturday announced on her Instagram that she said yes to Minowa, who is currently an assistant coach for the Japanese national team in the AVC Cup.

“Too many attempts, and finally without him kneeling to ask me. I said yes!” wrote Santiago. “It’s not about how long the relationship was, it’s about how he makes you feel that he is the right one.”

The 6-foot-5 middle blocker has been hinting about her new love life since July.

Santiago, who has been an import for Saitama in Japan V.League since 2018, is currently in Japan after she played for the Philippine team in the 31st Southeast Asian Games in Hanoi, Vietnam last May.

The former UAAP MVP out of National University last saw action for Chery Tiggo last year, leading her squad to its first professional title in the PVL bubble in Ilocos Norte.