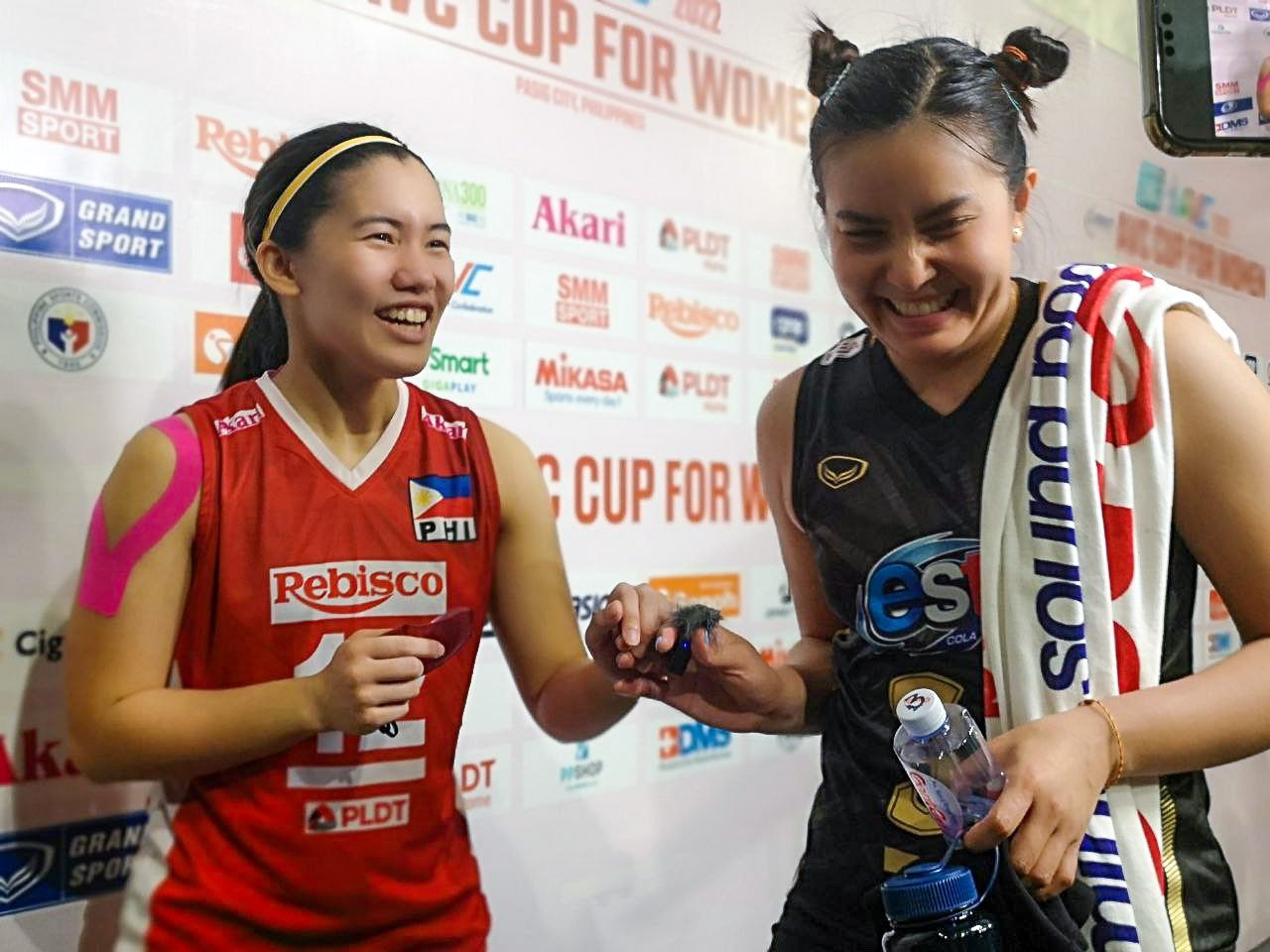 Guedpard, Thailand’s main setter after the legendary Nootsara Tomkom retired, was amazed by the Filipino setter’s progress, getting better from the last time they met in the 2019 Southeast Asian Games volleyball, which was held at the same historic venue in Pasig City.

“You’re getting better now. I think you can be a better setter and your team is very good. Today [your team] plays very well about the system,” the Thai setter told De Guzman after the Thais’ 25-18, 23-25, 25-20, 25-9 victory that booked them a semifinals duel against defending champion China on Sunday.

Creamline’s multi-awarded setter was honored by the high praise from Guedpard, whom she believes to be a prolific setter.

“We’ve had our experiences playing each other before. Her game keeps on getting better coming from VNL and all the international tournaments,” De Guzman said in Filipino. “She’s the controller of their offense. She is really familiar with her spikers. She’s a good leader also inside the court, she’s very vocal and she’s one of the seniors already on her team. So you have to give it to her.”

Guedpard was also impressed by the Philippine women’s volleyball team, which put up a gallant stand and took the second set-the country’s first set win over Thailand in three years since the 1st leg of Asean Grand Prix.

“They play very well and they make our team crazy. Sometimes [during the] game they make us crazy about how [they did that.] They want to make [points] from our team. Every mistake they are like, whoa! [So] I feel, oh my god I cannot play a little performance,” the Thai setter said.

The 29-year-old playmaker saw a different and hard-fighting Philippine team, composed of the Creamline Cool Smashers who are playing without team captain Alyssa Valdez.

“Because [this team] is different from the SEA Games [team] and now I think they are better,” she said.

De Guzman is hoping that the Filipinos would reach the level of the Thais in the future. But she’s proud of their valiant effort against the reigning 12-time Southeast Asian Games champion.

“We tried to stick with Thailand for the first three sets, and we’re really happy also very good for us to win a set against a strong Thailand team. It showed that everyone is cohesive from passing, from communication to spiking,” De Guzman said. “We have to hand it to Thailand because they’ve been playing together for a long time so when it comes to chemistry, they are way ahead of us.  Hopefully, in the future, we can get a win.”

The Filipinos have less than 24 hours to recover for their classification game against Australia on Sunday at 1 p.m.