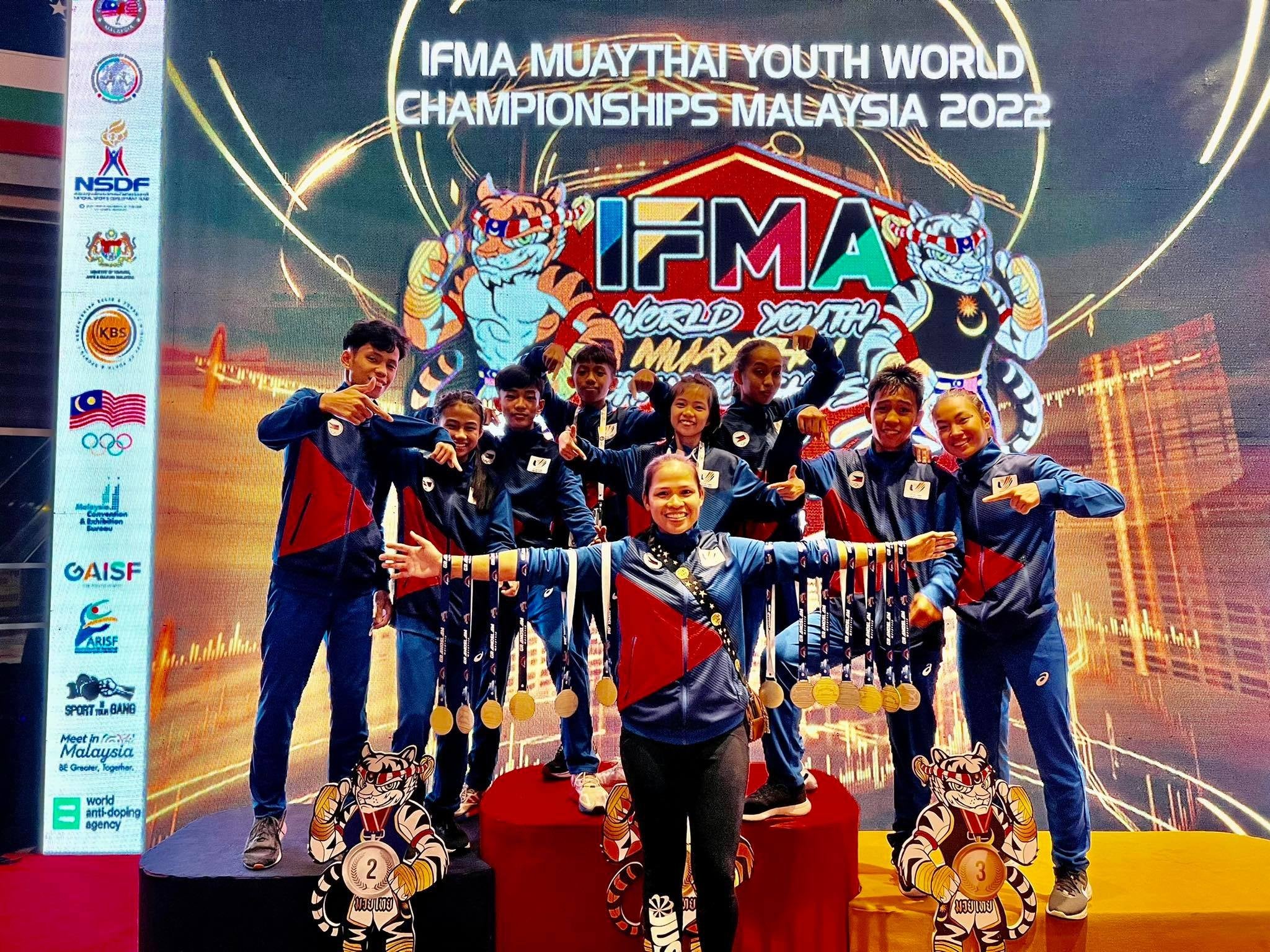 Muay fighter Jasmine Dagame worked diligently on her skills online at the height of the COVID-19 pandemic rather than tinker on her cellphone and play digital games all day.

When it was time to bring her goods physically into the ring on the global stage, the 14-year-old muay fighter from Taytay, Rizal wound up as the world champion in her weight class, surprising just about everybody.

“Being a first-timer, I was very nervous. But as the fight progressed, I was able to focus and give it my all,” said Dagame in Filipino after striking gold in the girls’ 38kg event of the International Federation of Muaythai Associations Youth World Championships 2022 recently in Kuala Lumpur.

The Grade 9 from Nagpayong High School stunned an Iranian foe and advanced to the gold-medal match where she hurdled a far more experienced rival from India.

“I was able to withstand their blows and moved quicker inside the ring. It was fun,” said Dagame, who likewise claimed a silver medal in the girls’ Waikru, the muay thai event of forms.

Seven more gold medals in forms were actually brought home by Team Bagsik from the world youth championships where over 80 countries participated.

Balinas and Ramiscal likewise topped their stint in the Mae Mai Muaythai where the pair uncorked a near-perfect choreographed dance of muay moves.

Joining them on the gold-medal podium were the tandem of Clark Fatitt and Ngina in the same event. Aldana nailed his second silver in the Mae Mai Muaythai with Mallari.

“Most of them competed in the world championships for the first time. It really helped that we trained online during the pandemic in preparation for face-to-face competitions,” said coach Precious Ocaya-Delarmino.

“They are all part of our grassroots program. The good thing about the youth championships is we will be able to prepare them better for the senior ranks,” said Ocaya-Delarmino.

Overall, Team Bagsik of the Muaythai Association of the Philippines, which sent eight athletes to the world meet, collected eight golds, six silvers and one bronze medal.

“It was a great experience. I’ll be looking forward to defending my world title next year,” said Dagame.