No rest for the weary: Creamline up for another int’l stint | Inquirer Sports

No rest for the weary: Creamline up for another int’l stint 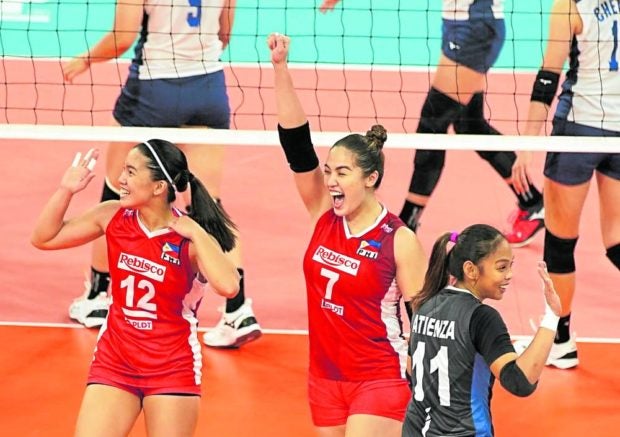 Creamline is up for a two-day rest after campaigning hard and representing the Philippines well in the Asian Volleyball Confederation (AVC) Cup.

For up next is another international stint for the Cool Smashers, who are now praying that Alyssa Valdez recovers in time to give them help when they play in the Asean Grand Prix from Sept. 9-11 in Nakhon Ratchasima in Thailand where formidable opposition awaits.

“Our management told us that we will play in the Grand Prix. We have two days break then we will start training again,” said coach Sherwin Meneses in Filipino after his charges lost, 26-28, 21-25, 21-25, to Chinese Taipei in the battle for fifth place Monday afternoon at PhilSports Arena.

“Hopefully, we could bring our [good] exposure from the AVC Cup going to Thailand,” he added.

The Philippines will face 2019 two-leg winner Thailand on Sept. 9, then Vietnam the following day before winding up its stint against Indonesia on Sept. 11. The country with the best record after the single round affair wins the title.

Meneses, though, still doesn’t have an idea whether Valdez—the superstar hitter and face of the team—will be healthy enough to rejoin the squad. Valdez sat out the AVC after contracting dengue.

“I can’t tell but hopefully, she will be back and will recover fast. Having Alyssa on our team would be a big boost,” he said. “But her health is our main concern. We’ll see in the coming days.”

Despite missing Valdez and having a short notice in representing the country in the AVC Cup, Creamline impressed with three wins in seven games to give the Philippines its best finish in its second participation in the tournament, surpassing its ninth place effort in 2018. INQ